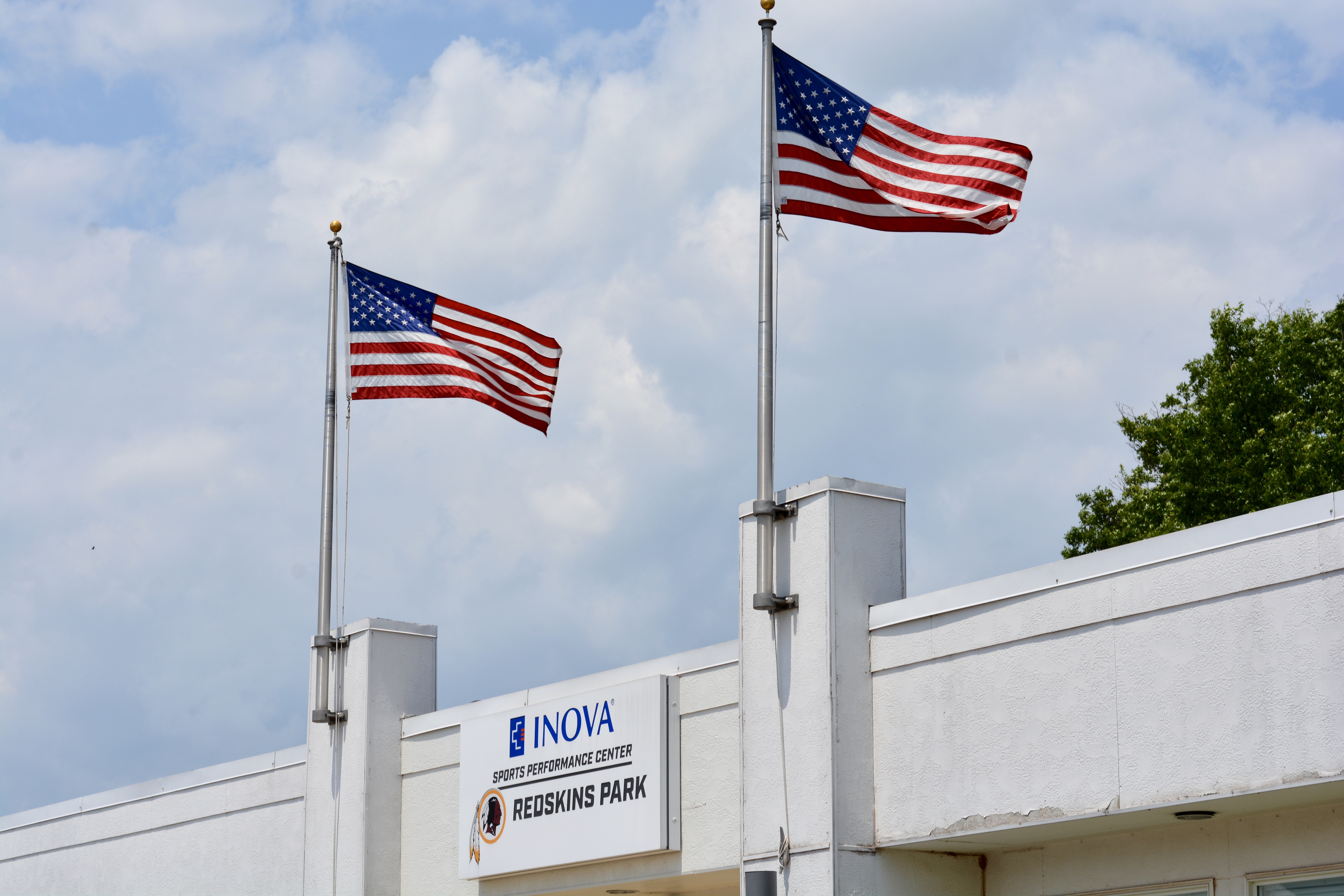 ASHBURN, Va. – The Redskins Salute and USAA, The Official Salute to Service Partner of the Washington Redskins recognized and honored active service members, veterans and their families at the exclusive Redskins Salute OTA Day. 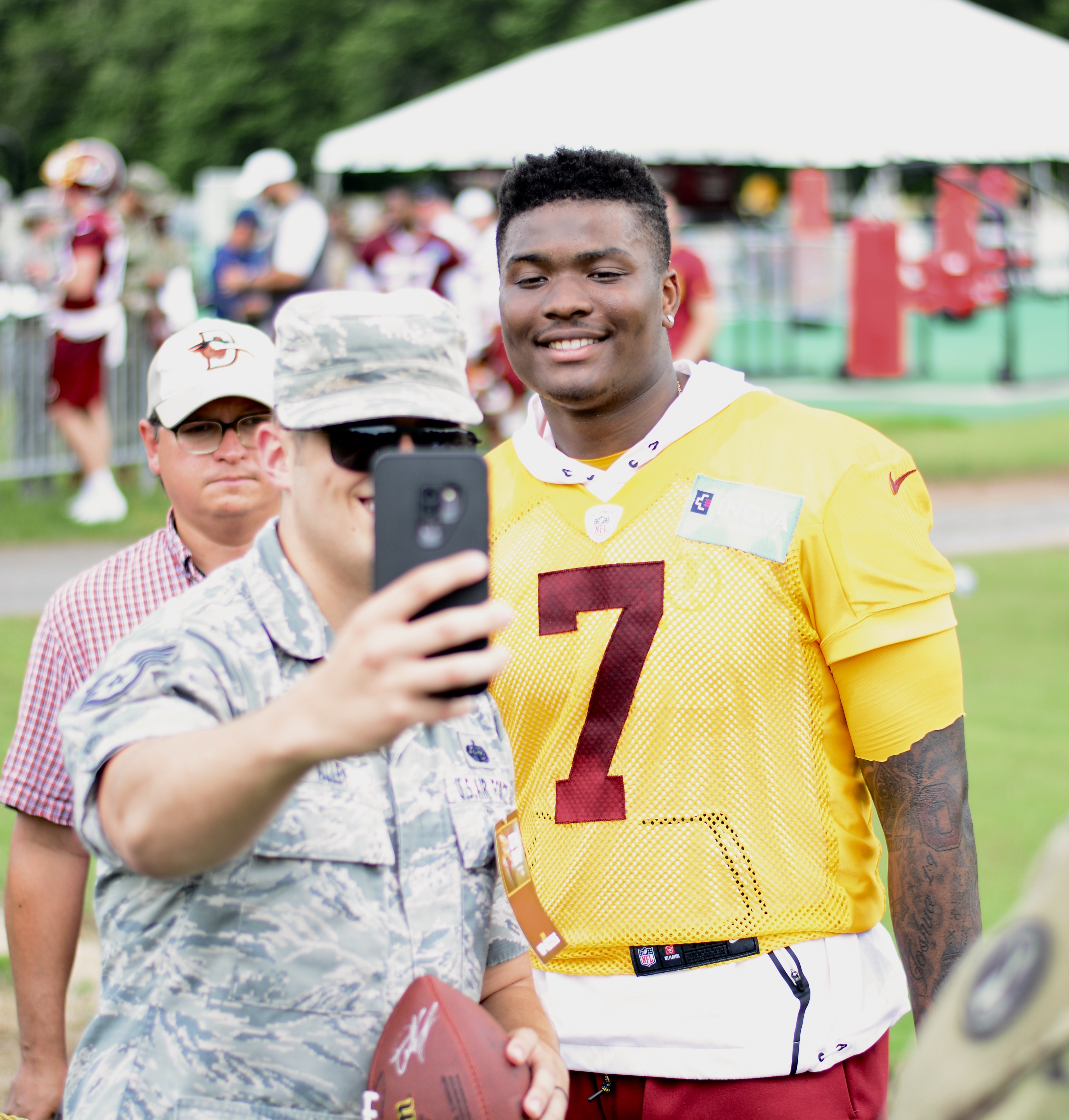 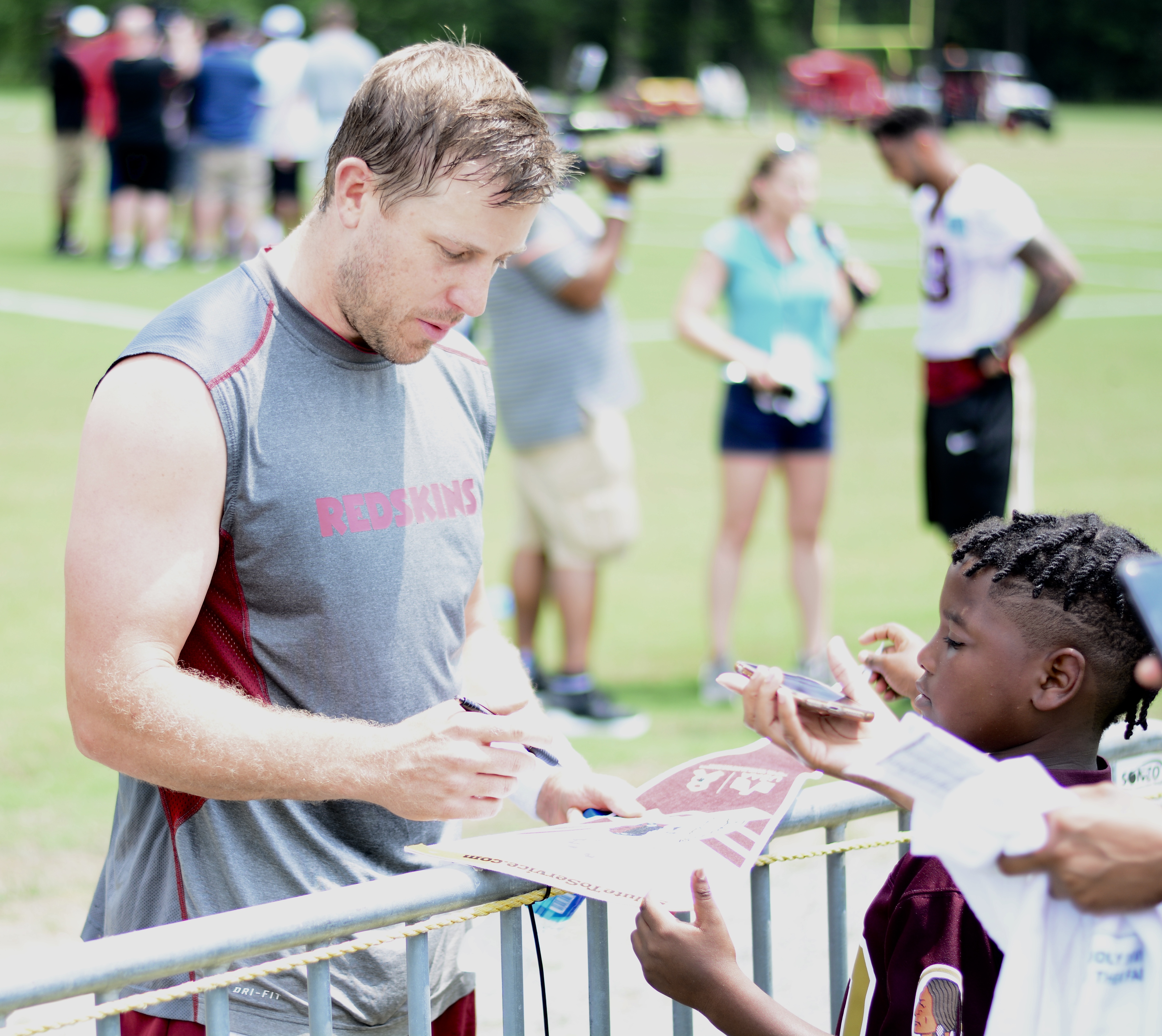 150 active service members, veterans and their families gathered at the Inova Sports Performance Center at Redskins Park to witness the second week of OTAs that was also open to the media. The event featured a pre-practice Chalk Talk with Redskins alumnus Santana Moss, sideline access for military members during the Redskins team practice, meet and greets with various Redskins players and personnel, player autographs, giveaways, raffle prizes, and complimentary food and beverage. 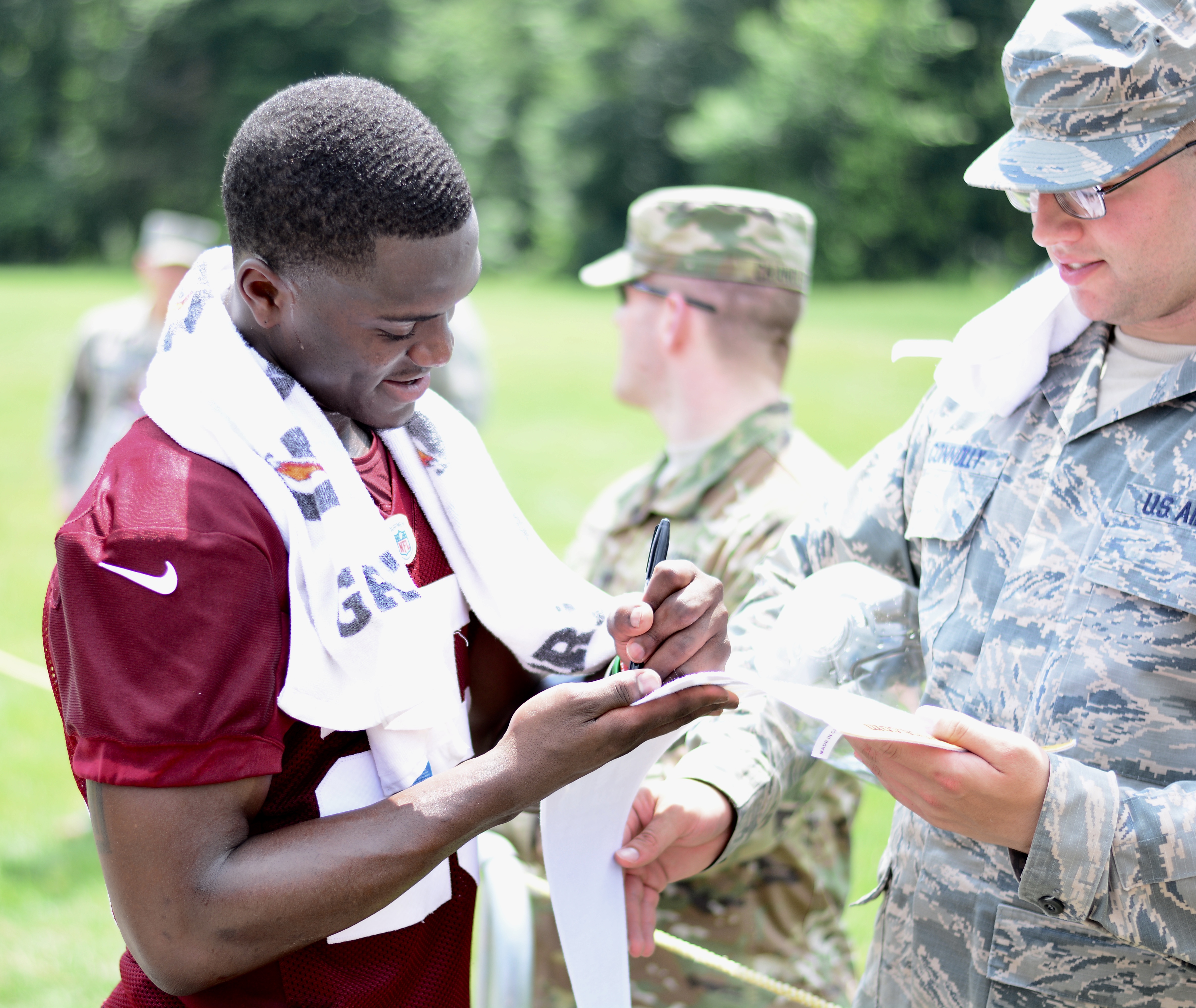 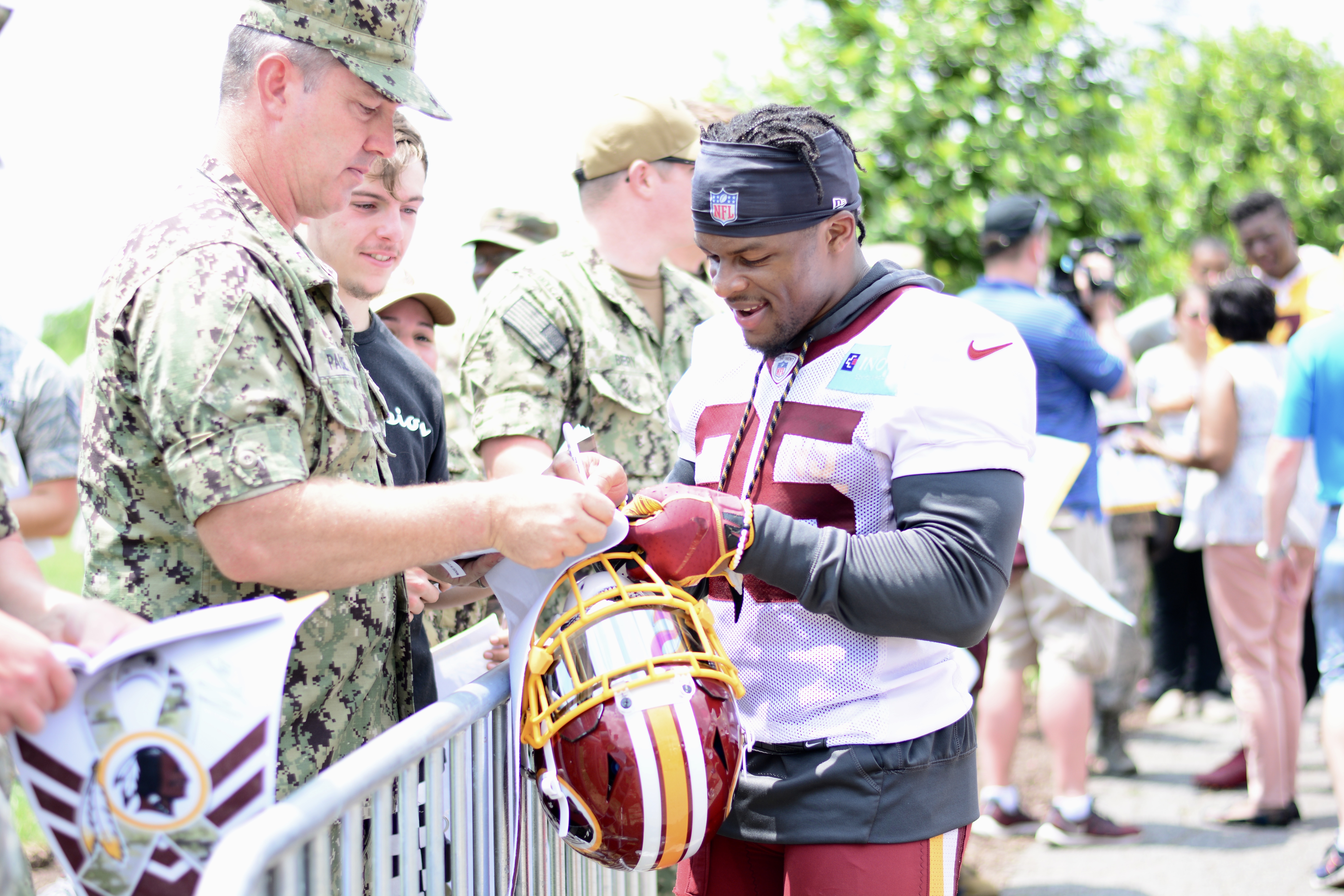 About Redskins Salute: Under the leadership of owner Dan Snyder, the Washington Redskins created Redskins Salute to amplify the team’s decade-long military appreciation initiatives into one comprehensive, year-round platform. Launched in partnership with the USO of Metropolitan Washington-Baltimore (USO-Metro), Redskins Salute is a free community providing a platform for fans to serve, support, thank and connect with the military community. 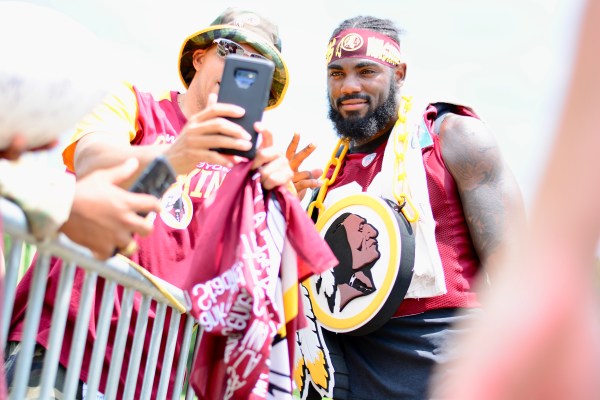 About USAA: The USAA family of companies provides insurance, banking, investments, retirement products and advice to nearly 13 million current and former members of the U.S. military and their families. Known for its legendary commitment to its members,
USAA is consistently recognized for outstanding service, employee well-being and financial strength. USAA membership is open to all who are serving our nation in the U.S. military or have received a discharge type of Honorable – and their eligible family members.