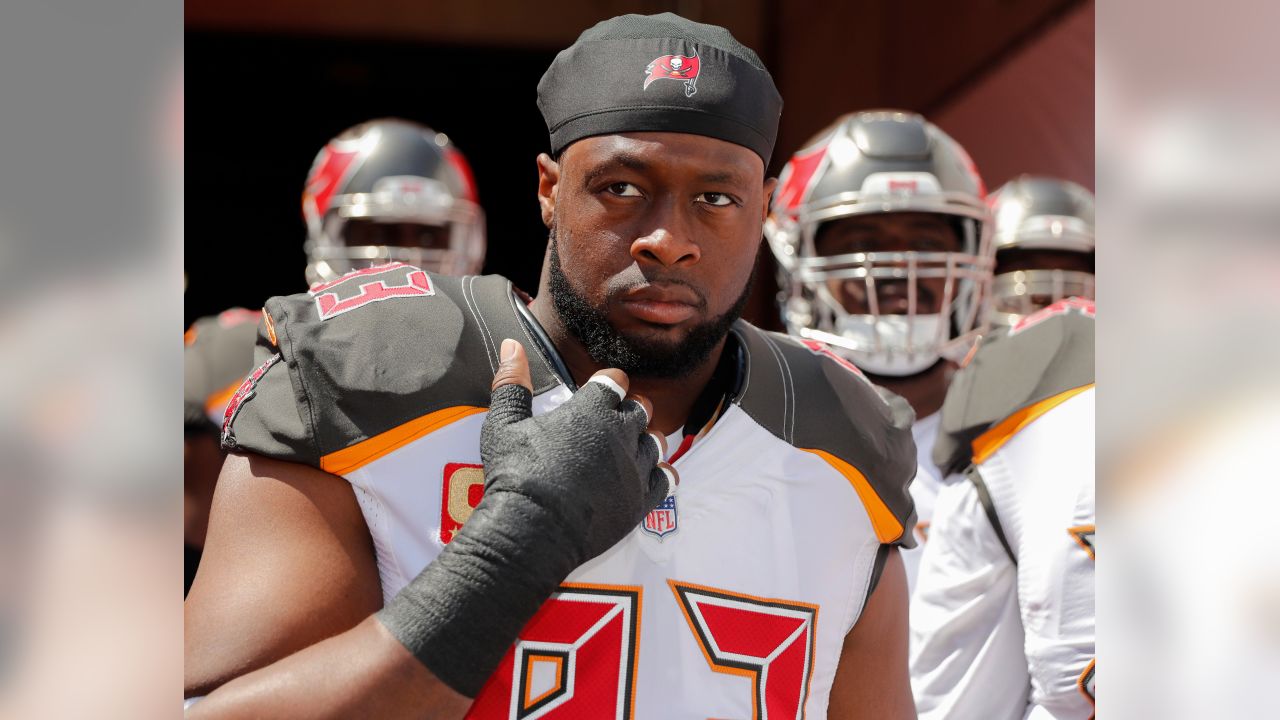 It was a nice pipe dream while it lasted. But it looks likes McCoy is hung up on the AFC North— kinda like EYE am when “The Partridge Family” comes on when I tune into one of those retro-TV channels— I can’t ignore it.

McCoy says he wants to play for a contender. Most free agents say the same thing. What are they gonna say, “Man I want to play for a losing team, long as I’m getting my game checks…”?

He would have been a great fit for the Eagles. The Missing Link at interior pass rusher… But for some ungodly reason McCoy is obsessed with the AFC North.

Free agent defensive tackle Gerald McCoy visited the Cleveland Browns last Friday and visited the Ravens for TWO DAYS IN A ROW this week.What the?

And there’s another AFC North team that could be a factor: the Cincinnati Bengals. The former Tampa Bay Buc has indicated he has had discussions with the Bengals.

“Don’t overlook the Cincinnati Bengals, who have one of McCoy’s old coaches in Tampa, [former Maryland head coach] Mark Duffner, on staff as a senior defensive assistant,” NFL Network’s Tom Pelissero said. “McCoy is also close with Bengals stars A.J. Green and Geno Atkins. It is safe to say he’s getting the pitch for recruiting from all angles.”

McCoy, who has never been to the playoffs in his nine seasons in the NFL, has said that he wants to play for a contender. The Browns are the odds-on favorites to win the AFC North this season and the Ravens are the defending division champions. The Bengals, conversely, have had three straight losing seasons and are coming off a last-place finish, but McCoy reportedly sees potential in them.

Cleveland.com’s Mary Kay Cabot wrote: “[McCoy] believes the Bengals will be a lot better this year, which has them still in the running.”

ESPN’s Jamison Hensley pointed out that the Ravens have a reputation for being “closers” when free agents visit.

“Baltimore pulls out all the stops when it comes to recruiting, which is why this franchise has built a reputation on not letting coveted free agents leave without deals,” Hensley wrote. “In recent years, wide receivers Steve Smith Sr. and Mike Wallace both canceled their trips to New England and signed with Baltimore during their visits. It doesn’t hurt that the Ravens bring free agents to ‘The Castle,’ a facility that resembles a country club more than an NFL team headquarters.”

I guess you could never call the rococo-designed NovaCare Complex a facility which resembles a country club.

Anyway, while The Athletic’s Jeff Zrebiec has written that “the Ravens are pretty well stocked in defensive linemen, [so McCoy] might be a luxury in Baltimore rather than a necessity,” The Baltimore Sun’s Jonas Shafer wrote: “Even with the big names returning along the Ravens’ defensive line, as well as those still yet to break out, there is space for a talent like McCoy.”

That’s kinda the feeling I had about the Eagles’ possibly signing McCoy. And yes, I guess that would be a luxury we can’t afford.

NFL Network’s Marlon Favorite believes the Browns are the best fit for McCoy.

“You have him coming in as a three-tech. You already have Sheldon Richardson over there, and then Myles Garrett coming off the end, along with [Olivier] Vernon. I think they have the potential to be a top 5 defensive line if McCoy gets there,” Favorite said.

“Wilks wants to get up-field and create havoc in the backfield, so adding a player who can penetrate like McCoy would be a good addition for his defense. And surrounding McCoy with Myles Garrett, Sheldon Richardson, Larry Ogunjobi, and Olivier Vernon would provide him with more one-on-one blocking opportunities to take advantage of.”

If McCoy’s decision comes to down to money, the Browns appear to be in the best position. The Browns have $33.3 million in cap space, while the Bengals have $22.7 million and the Panthers are at $9 million, according to NFL.com’s Herbie Teope. The Ravens currently have a little over $13 million, according to Russell Street Report’s Brian McFarland, who added that the number “will drop to a little over $11 million once the three unsigned draft picks sign.”

“The Ravens have little wiggle room,” Shafer wrote. “With conventional wisdom dictating that NFL front offices leave themselves at least a few million dollars for emergency midseason signings, the Ravens will unlikely be able to offer McCoy a contract worth $10 million-plus in 2019. (The Browns certainly could, and perhaps the Bengals, too.) [Ravens General Manager Eric] DeCosta could free up space by restructuring contracts already on the books, delaying guaranteed money until years ahead, but his strategy so far with new signings and extensions has favored ‘flat’ annual rates.

“The Ravens will pay their interior defensive linemen over $20 million this season, according to Over The Cap. Now they have to decide the value of adding McCoy — and convince him it’s the right price at the right place, too.”

EYE guess the Eagles made the right decision to pass on McCoy. Just wondering if they could have asked him for the double-check contender discount?