The Rats Are Scurrying 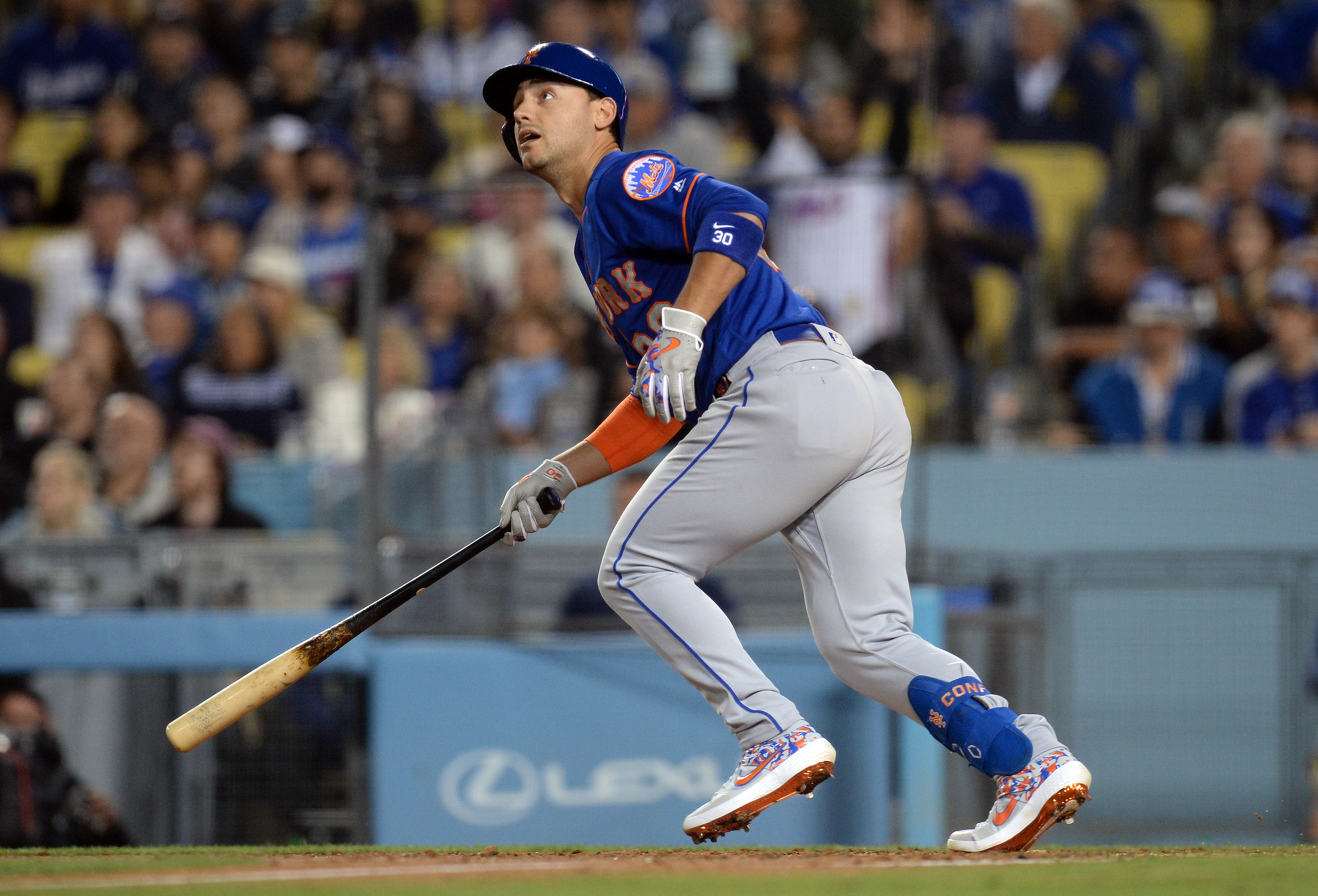 The Rats Are Scurrying

So after a disjointed trip home because of possible tornadoes, soaked trains and 6th Avenue being shut down for some stupid reason, the top of the 7th against the Dodgers was the one I listened to on my phone. The game was tied 2-2 as Steven Matz was brilliant against the Dodgers for six innings (and could have gone one more inning). The Mets had loaded the bases on two walks and an error and J.D. Davis had just struck out for the first out.

I’m ambling down a very quiet Queens Boulevard thinking: “We’re not going to score. We’re going to screw this up.”

I figured it was safe to yell my head off, because hardly anyone is walking on Queens Boulevard at midnight. But my wife tells me that yelling makes the rats scurry. But an oppo taco grand slam off a lefty? In a tie game? Against the damn Dodgers in Los Angeles? Let the rats scurry. Let them dance the conga in front of CVS for all I care.

From that point on, give extra credit to two more players. First, Robert Gsellman. Yes, he turned the 7th inning into a telenovela, giving up a double, a walk, and then after striking out Joc Pederson and Justin Turner giving up a single to … of all people … Matt Beaty to make it a 6-3 game and bring the tying run up to the plate. Oh by the way, the tying run was Cody Bellinger. Mickey said after the game that they considered walking Bellinger with runners on first and second. That’s how dangerous Bellinger is this season. But Gsellman got him to fly out to left field to end the threat. As much as Gsellman may have gotten them into that situation, the getting out of the situation was heroic by baseball standards and Gsellman deserves all praise for actually getting that monster out.

Any momentum that the Dodgers thought they got back by scoring a run in the 7th they lost when Amed Rosario drove in a run with a two out triple to make the score 7-3. Rosario has been thrust into the leadoff spot after the injury to Jeff McNeil. Before Tuesday, he hadn’t done so well, hitting .212 with an OBP of .235. On Wednesday he went 2-for-3 while scoring the first run of the game and driving in the last, which crushed the Dodgers once and for all.

Todd Frazier needs to be released from the Mets immediately. There are no more excuses. Who eats a pancake this way? pic.twitter.com/Y1fFJvp25A

I know Todd Frazier hit a home run to tie the game but this method of eating pancakes is disconcerting to say the least.