Unlikely hero propels the St. Louis Blues to their first win in a Stanley Cup Final 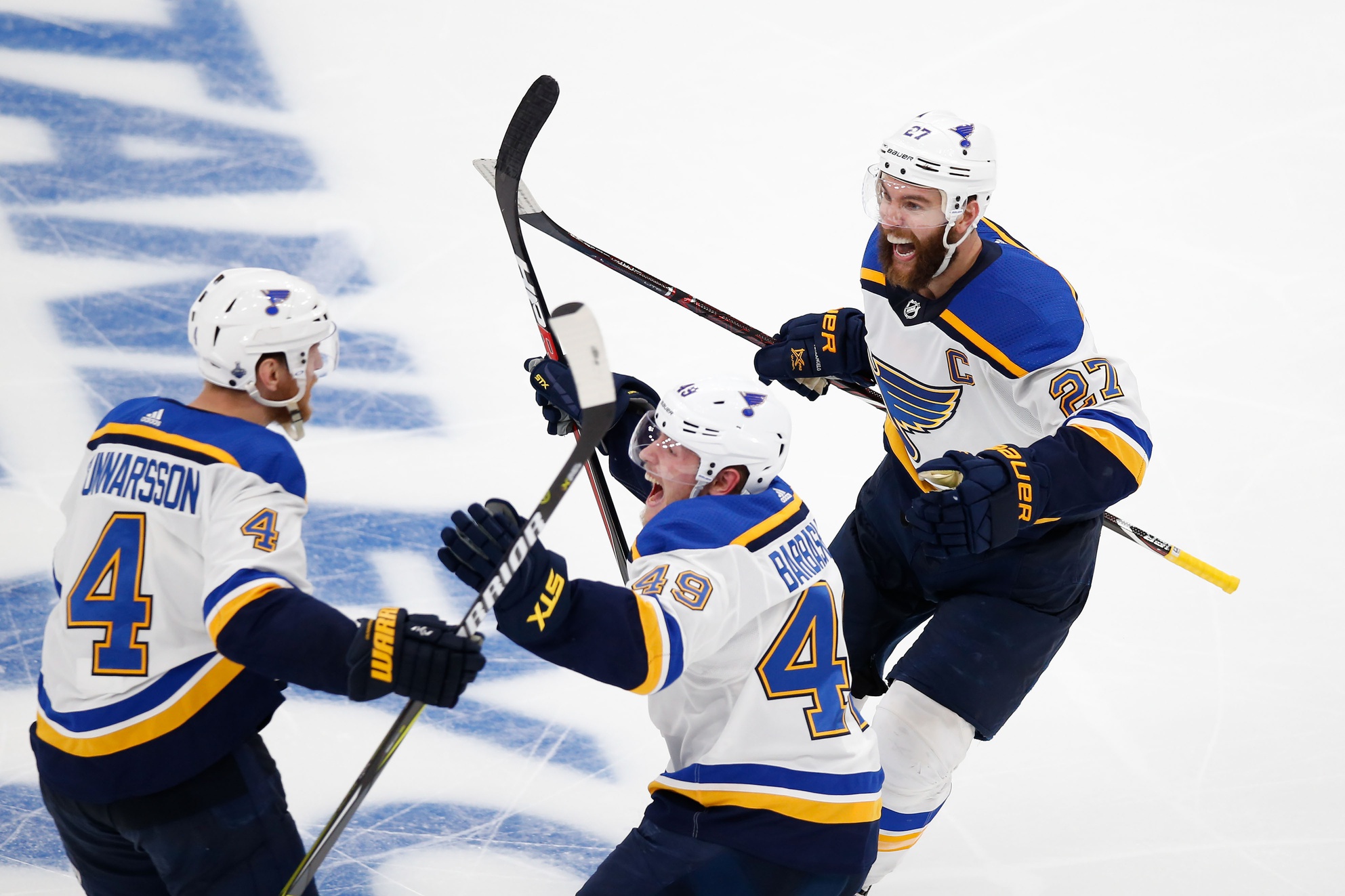 Unlikely hero propels the St. Louis Blues to their first win in a Stanley Cup Final

Don’t take that surprise as an insult to Gunnarsson. He has played extremely well since being called on after Vince Dunn went down with an injury. The surprise (more like shock) comes as it’s kind of hard to believe the Blues have finally climbed over one of the largest hurdles in franchise history.

It’s also because Gunnarsson isn’t exactly known for scoring goals. Entering Game 2, he had scored exactly zero times in 56 playoff games. Looking at his regular season numbers, he has just 28 goals in 581 games. Clearly not a bonafide sniper.

That’s one of the reasons why it was so painful to see Gunnarsson ring one off the post in the third period against the Bruins. He came tantalizingly close to pushing the Blues ahead late in the game. That shot apparently inspired his OT winner a bit later.

Gunnarsson ran into Berube in the bathroom in intermission before overtime and said: “All I need is one more chance,” according to Oskar Sundqvist. #stlblues

And one chance was all he needed.

Gunnarsson buried a laser past Tuukka Rask after a nice give-and-go with Ryan O’Reilly during a delayed penalty.

And thus I lost whatever vocal chords I had after screaming for about five minutes.

Gunnarsson’s goal is now officially the biggest goal in St. Louis Blues history. He earned the team their first-ever win in a Stanley Cup Final, which evens the series at one as the story shifts back to St. Louis.

Now honestly, who could have ever guessed that Gunnarsson would own the franchise’s biggest goal over the course of more than 50 years? Unbelievable.