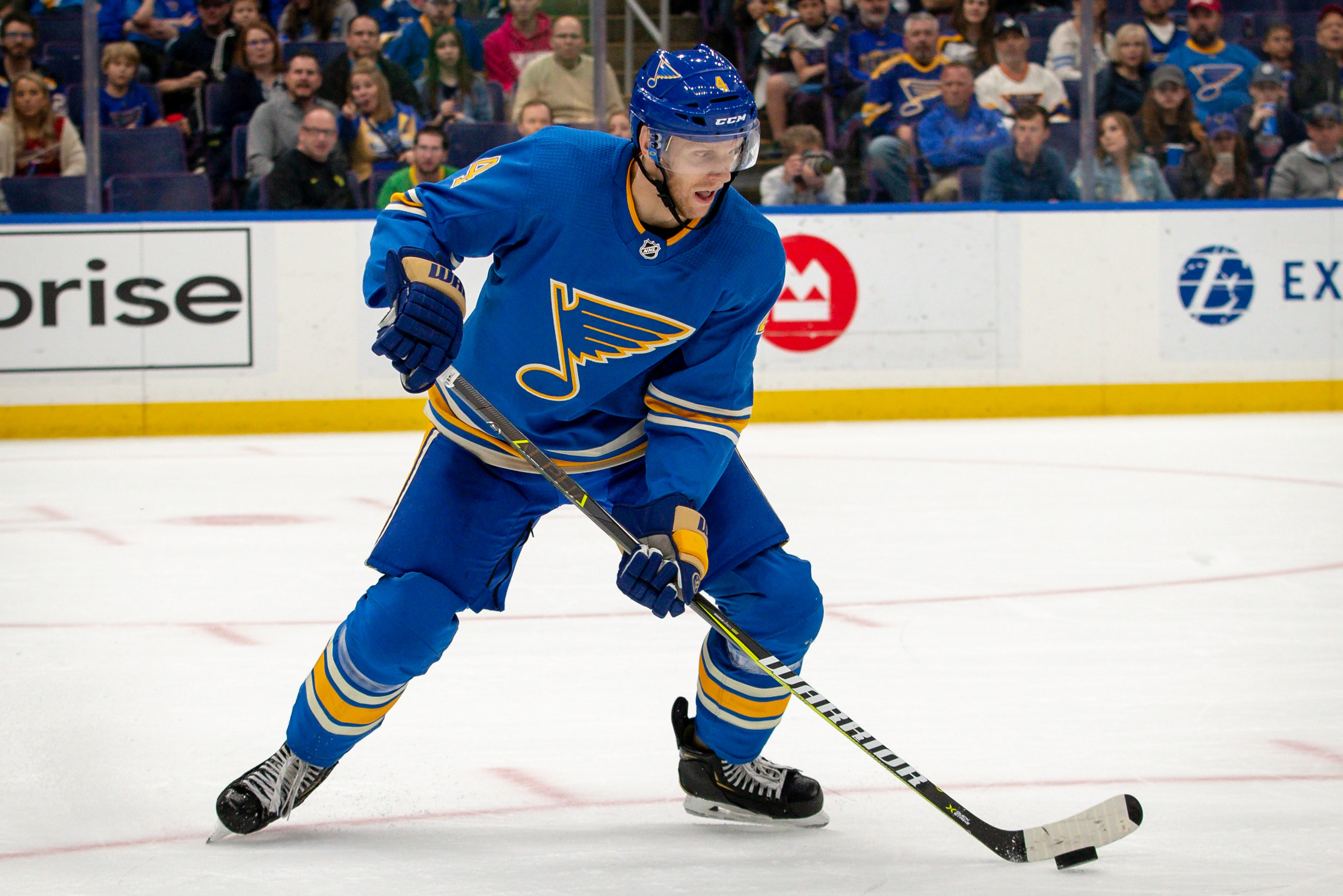 You never know who might just score in overtime. On Thursday night in game two of the Stanley Cup Finals it was Carl Gunnarsson’s turn. Ironically, 49 years after the Boston Bruins beat the St. Louis Blues with an iconic Stanley Cup-clinching overtime winner from number four Bobby Orr, it was a Blues defenseman in Gunnarsson, who also wears number four, who tied the 2019 Stanley Cup Finals up at one game apiece with a 3-2 overtime win over the Bruins.

However early in overtime on Wednesday, Gunnarsson struck magic. The native of Orebro, Sweden scored from Ryan O’Reilly and Oscar Sundqvist for one of the biggest goals in Blues franchise history.

Interestingly, Gunnarsson also had a multi-point game. He got the primary assist on the Blues first period goal by Robert Bortuzzo.  Heading into game two of the Stanley Cup Finals, Gunnarsson was probably the most unlikeliest offensive star for the Blues. That is because in 13 Stanley Cup playoff games for the Blues in 2019, he had not even registered a point.

Bortuzzo meanwhile continued the Blues trend in 2019 of offense from their defense. His goal came at 9:37 of the first period was his second goal of the playoffs. Bortuzzo, who only had two goals in 59 regular season goals for the Blues, had a key game winning goal in a 4-2 Blues win over the San Jose Sharks in game two of the Western Conference Finals.

The series now shifts to St. Louis on Saturday night. The Blues have never won the Stanley Cup in the history of their franchise.