Goodtimes From Goodyear: The Last One 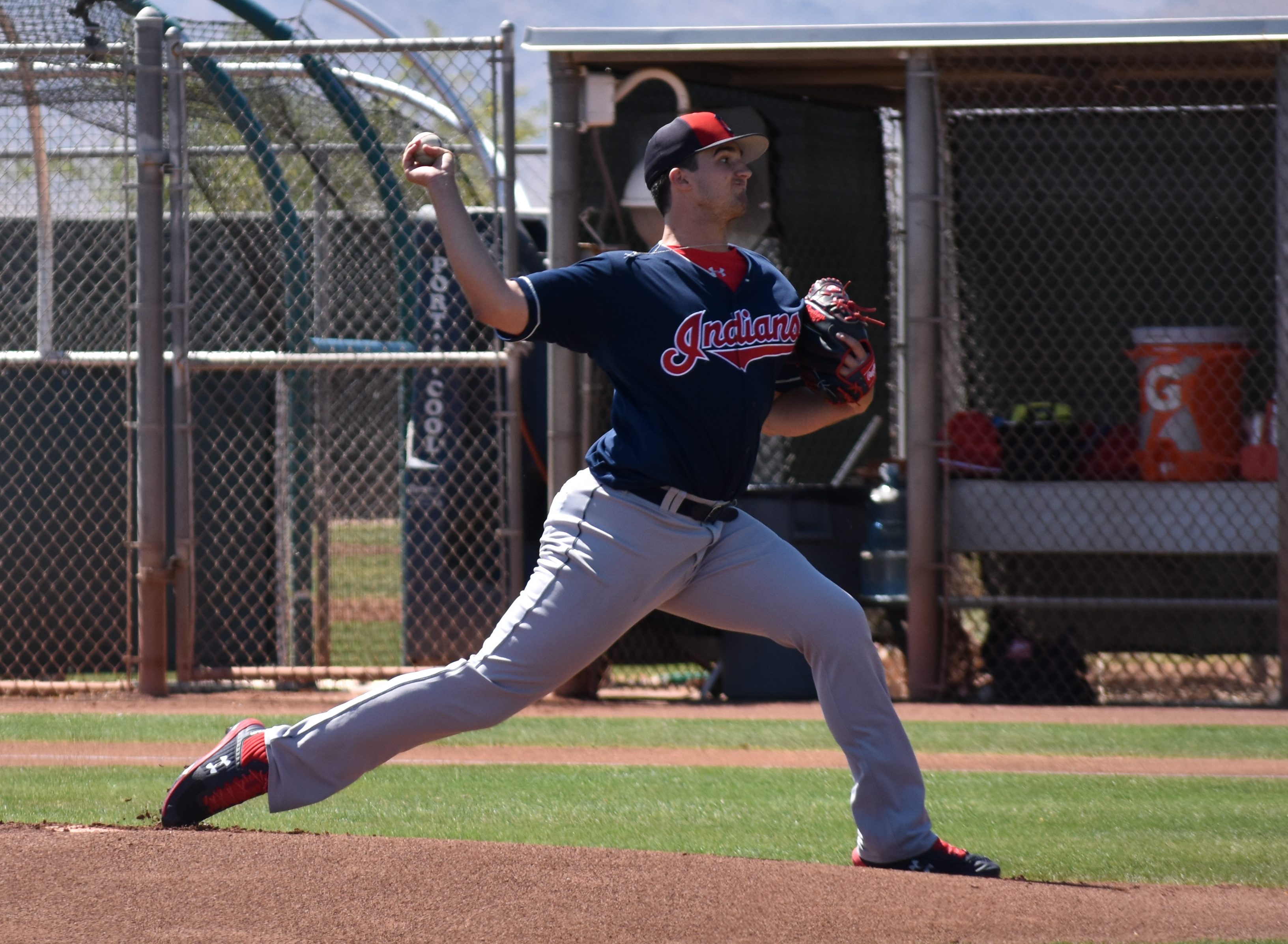 Goodtimes From Goodyear: The Last One

The time has come when rehabbing players will no longer be able to hit second for each of the first four innings or continue pitching after three outs have been recorded as extended spring training is set to turn into official short season games. While there are still two games remaining (Friday and Saturday), we’ll continue on our normal Thursday schedule for this final weekly recap of 2019 extended spring training.

On Friday against Milwaukee the line-up was stacked with Bradley Zimmer (MLB), Mitch Longo (AA) and Alex Call (AA) hitting second, third and fourth and making up the entire outfield. Longo had a very strong game with three hits including two doubles, then was activated by the RubberDucks the following day.

Both Zimmer and Call had hits as well, but the really exemplary part of this game was the base running. Zimmer stole two bases after his single and Call and Longo each had steals. In addition, Jesus Maestre and Jonathan Lopez each had steals while Jon Engelmann took two bases of his own, then scored from third when the catcher threw the ball into center trying to get Lopez on the back end of the double steal. All this was in the first four innings.

While there was much roster mixing early on in the season, it has become apparent that the team I have been referring to White will be the one heading to Mahoning Valley for their June 14th start. It has also been the squad for many of the Tribe’s rehabbing players and that is where we shall start.

Call and Zimmer were again in the line-up on Saturday, but the big name was on the mound as Ethan Hankins continued on his road back to perfect health with two innings. His command was significantly improved over his last appearance and he struck out two while allowing just two hits. One of the hits, however, was a solo home run.

The only offense to note in this game was another prodigious blast by the formerly powerless Ronny Dominguez. He has continued to impress offensively this spring and will be worth keeping an eye on now that he has developed into more than a speedy defense first outfielder. Of course, he is 21 and could simply be more adjusted to the level of competition.

On Monday, Call and Zimmer again made up two thirds of the outfield with Zimmer working a walk in one of his four plate appearances and Call getting two hits. One of Call’s hits was a triple and both rehabbers have looked good running the bases. While the Indians were mercilessly out pounded by the Dodgers, Michael Cooper provided some excitement with his first home run of the spring.

One of the Indians most exciting, young pitching prospects, Carlos Vargas, made this start, but had control issues, walking three and hitting a batter. He also allowed a home run to Josh McLain and struck out just one. While he pitched into the fifth, he only retired 11 batters and a few of those were on the bases. His stuff and velocity are elite, but he hasn’t put them all together yet.

Clevinger warms up in the bullpen prior to pitching in a simulated game against the future 2019 AZL Indians. – Joseph Coblitz, BurningRiverBaseball

We had a little bonus baseball action on Memorial Day as well as the aforementioned game. Donning a Jason Kipnis jersey, Mike Clevinger pitched two innings against Jothson Flores, Marlin Made and Bryan Lavastida. No balls were hit into fair territory, but Flores had a nice foul ball. Clevinger regularly hit 97 on the speed gun and looked his normal self.

On Wednesday, it was the future Scrappers again at home. Left handed starter Matt Turner lead the way with four solid innings off the top before struggling in the fifth. He did a great job limiting hard contact and inducing infield flies, although an error by an infielder on one such play ultimately cost him two unearned runs.

Ronny Dominguez continued his hot streak with a hit and a steal in two at bats. Jose Medina added a single in a rehab appearance as did Pedro Alfonseca and Henry Pujols.