Is It Time to Demote Johan Camargo? 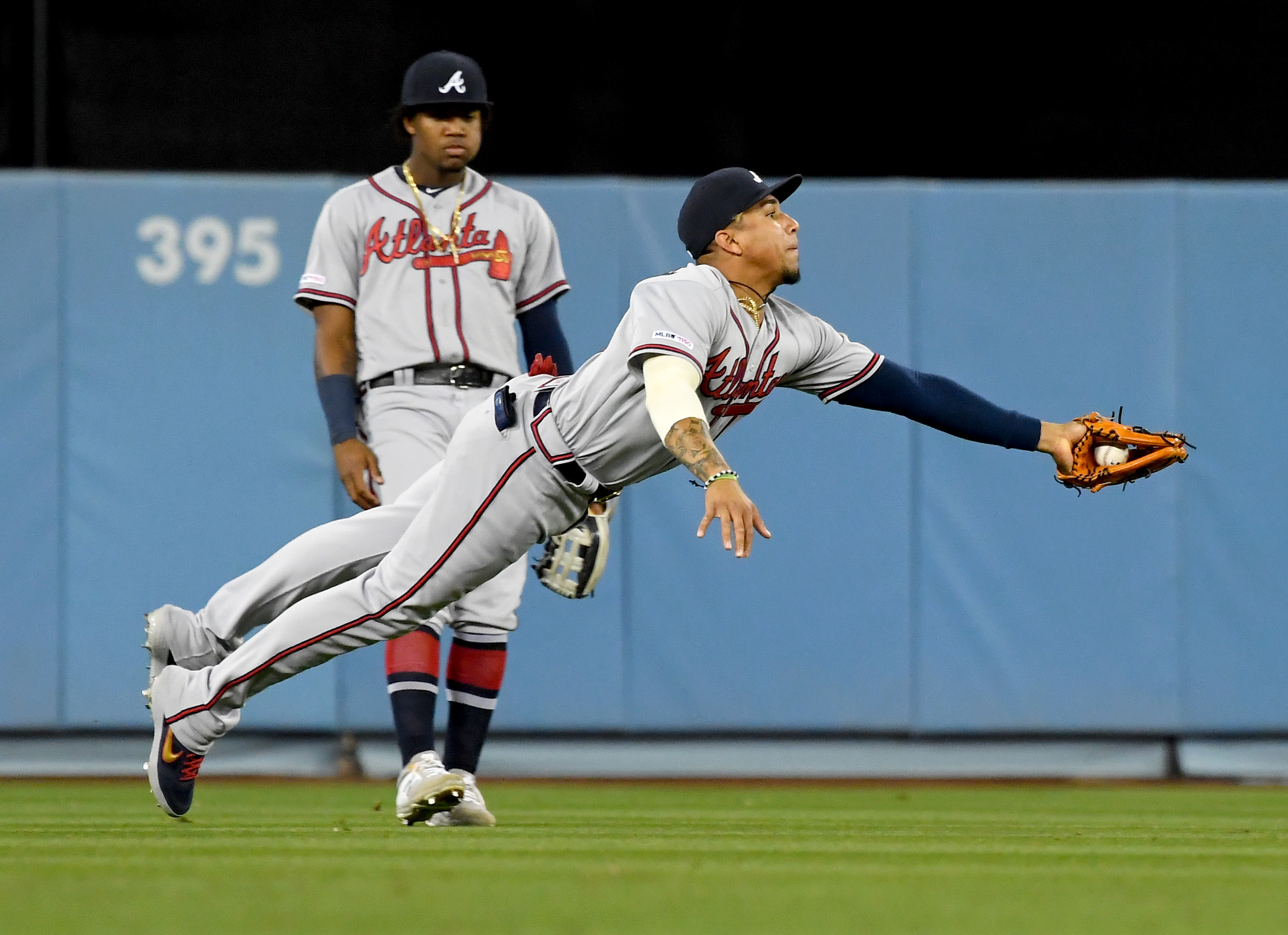 Is It Time to Demote Johan Camargo?

Johan Camargo did nothing to lose his job as the starting third baseman for the Atlanta Braves and now, he’s doing little to hold his job as the super utility player for the team. Over his first 115 plate appearances of the 2019 season, Camargo has managed a triple slash of just .213/.261/.324. Some of that is rotten luck – hard to look good when your BABIP is .244 on the year.

But Camargo’s troubles at the plate go well beyond just bad luck. Actually, his luck may have completely turned on its head. For year-and-a-half, Camargo’s results were not matching the expected outcomes. If you take into account his average exit velocity and launch angle, he was expected to have a wOBA of about .310 last season. Instead, it was .346.

To be clear, differences like this this aren’t that rare and Camargo had a +27 point difference the previous year. That implies that Camargo could potentially be one of those players who plays above the expected results. Pitchers can turn entire careers into doing just that. Just ask Tim Hudson, who routinely saw his ERA beat his FIP by a good margin each year. Baseball is a weird sport and the expected results are not always going to line up with the actual ones.

But that difference in expected results versus actual results was something fans who scour Statcast data were curious to see if it continued for Camargo in 2019. Would a move to a back-up role change that? Well, on the bright side, the difference between the two is much less extreme this season – just seventeen points. The unfortunate news is that Camargo’s struggles at the plate have led to a .253 wOBA with an xwOBA of .267.

Of chief concern is that Camargo’s swing is not leading to many positive things right now. Of 88 batted balls, only two are defined as barrels. Camargo hasn’t been among barrel leaders by any means during his time in the majors, but 2.3% is abysmal. He’s hitting the ball with below-average exit velocity and hitting it with above-average launch angle. That leads to a lot of harmless flyballs. And wouldn’t you know it? He’s hitting .118 on flyballs this year. He hit .248 on them last year and .276 in 2017. Of course, going from about 30% of all fly balls being graded hard-hit to about 18% is going to take a big chunk out of those numbers.

But all of these numbers are results Braves fans can see plainly with their own two eyes. Johan Camargo has looked just bad for most of the season and it only seems to be getting worse. And then, there is the attitude that maybe we’re seeing or maybe we just think we’re seeing it because we’re looking for reasons why Camargo is struggling. Sometimes, when Camargo swings, he looks almost disinterested. As if he’s just swinging at gnats, not a 96 mph heater.

None of that is fair, by the way. Just because a player looks like he’s not putting in much effort doesn’t mean that he isn’t. Many felt Andruw Jones wasn’t “trying” because everything looked so effortless.

And then there is the elephant in the room – maybe Camargo is struggling so much because he no longer is starting. Last year, Adam Duvall went to pieces after being acquired to be a fourth outfielder for the Braves. Not that Duvall was killing the ball before the trade, but he turned into Mike Foltynewicz at the plate as his playing time was cut dramatically. Perhaps that has happened with Camargo as well? After all, it’s hard to hit your way out of a slump when you aren’t getting many chances to, well, hit.

Camargo’s playing time doesn’t look to be increasing, either. Before May, he played in 24 games and started 14 games. So far this month, with only tomorrow left, he has played in 19 games, but started just eight. His PA have been cut from 71 to 44. And that may only get worse. Partly, some criticism is appropriate for the manager, Brian Snitker, who has found just four starts all year for both Charlie Culberson and Matt Joyce along with 22 for Camargo.

Earlier in the season, Camargo would spell Josh Donaldson roughly once a week at third base. He’d also play left field, often against left-handers, with Ender Inciarte taking a seat and Ronald Acuña Jr. moving to center. But with Austin Riley in the majors, those opportunities have only dwindled despite Inciarte’s trip to the Injured List.

A switch-hitter, Camargo seems like a perfect option to come off the bench, but he’s neither the primary option against right-handers, with Joyce on the team, nor against left-handers, who Culberson is crushing.

Right now, Camargo’s value to the team is debatable. He’s never been very fast – he’s actually shockingly slow running the bases – and while he’s defensively adept, that skill is shared by the starting third baseman, Donaldson. If he’s not hitting, what is Camargo’s value?

He does seem like a good clubhouse guy and took his demotion after the Donaldson signing with great maturity. But the Braves need his bat going and with at-bats so hard to come by, it might be time to let him try to jump-start things in Triple-A. The Braves certainly could wait for Inciarte to come back. Obviously, Austin Riley is not going to get demoted so someone has to go. But before that happens, it might be a good time to take a look at a Gwinnett Striper. Two especially stand out.

There is Duvall, who is hitting a robust .266/.358/.507 in 46 games with 15 taters. Speaking of people who took a demotion and ran with it, Duvall is starting to resemble the guy who was bashing homers and playing solid corner outfield defense for the Reds. But, like Camargo, the fit might not be the best. You can certainly get Duvall some time against left-hand starters, letting the Braves rest Nick Markakis, but with Riley in place, the at-bats will be very restricted.

The Braves could also look at Travis Demeritte. After two years of disappointment with Mississippi, Demeritte was given a promotion to Gwinnett to open the year and has took off. Over 46 games, he’s hit .304/.381/.614 with 27 extra base hits, including a dozen homers. Like Duvall, Demeritte mostly plays the outfield, but he has extensive experience at second base and was considered a pretty decent-fielding option at second base and third base. That increases his versatility. While not a burner, Demeritte is a plus athlete who can be utilized as a pinch runner if needed.

Certainly, the easiest option is to wait out Inciarte and figure out how to work the former starting center fielder into the mix. When he’s healthy, demote Camargo. Personally, I prefer removing an extra reliever from the mix, but the Braves appear married to the eight-man bullpen so here we are.

Whatever the Braves do decide, something has to happen. Either Camargo has to flash some life in his currently dead bat or he needs a run with Gwinnett to get enough at-bats to work through whatever mechanical, mental, and confidence issues he might be dealing with right now. As one of the fan favorites over the last couple of seasons, it’s sad to see Camargo struggle so much with a game he showed so much aptitude at playing once he took over for Adonis Garcia at third base.