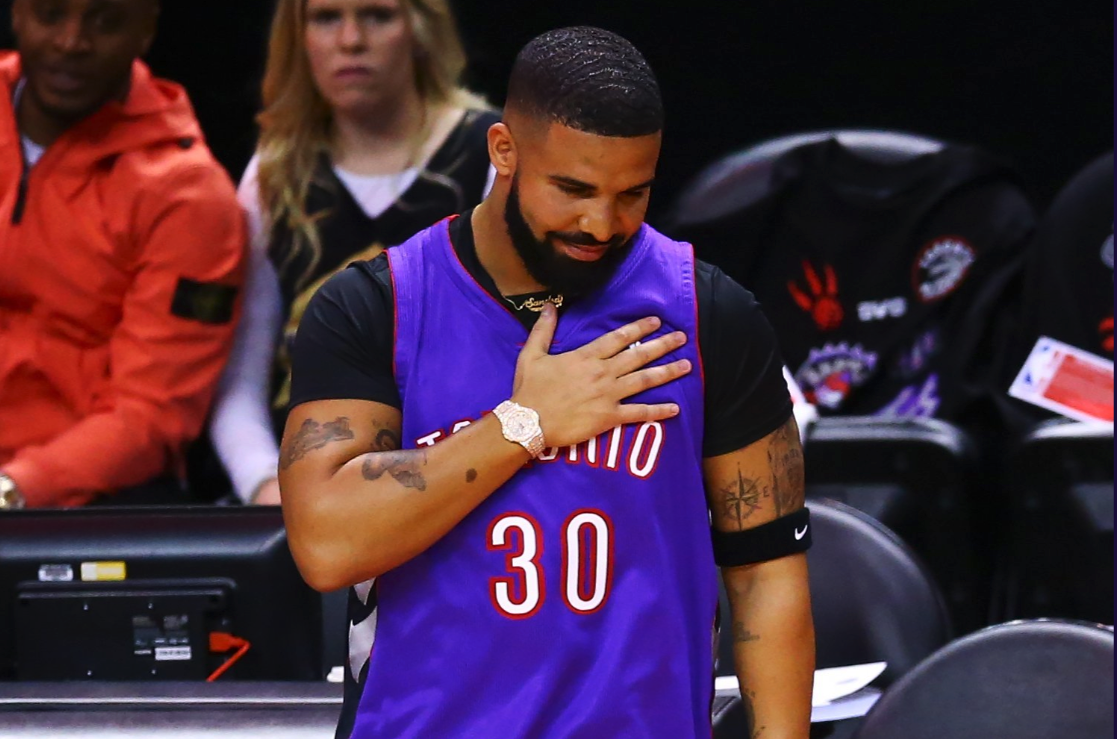 The NBA has advised Drake to turn down his bravado in the Finals — which, to be honest, was long overdue — but that didn’t stop him from throwing some shade at Stephen Curry during Game 1 at Scotiabank Arena on Thursday night.

Drake, as the team’s global ambassador, was spotted courtside, as he always is, despite the NBA reprimanding him.

But it was all about what he was wearing, which fans quickly took notice of. Drake wore a throwback Dell Curry Raptors jersey, showing support for Steph’s dad, in his own clever way.

Drake pulled up in the Dell Curry jersey 😂👀 pic.twitter.com/5WEnUaLRJb

It probably wasn’t a good idea to poke the bear, so we’ll see how that works out for Drake.