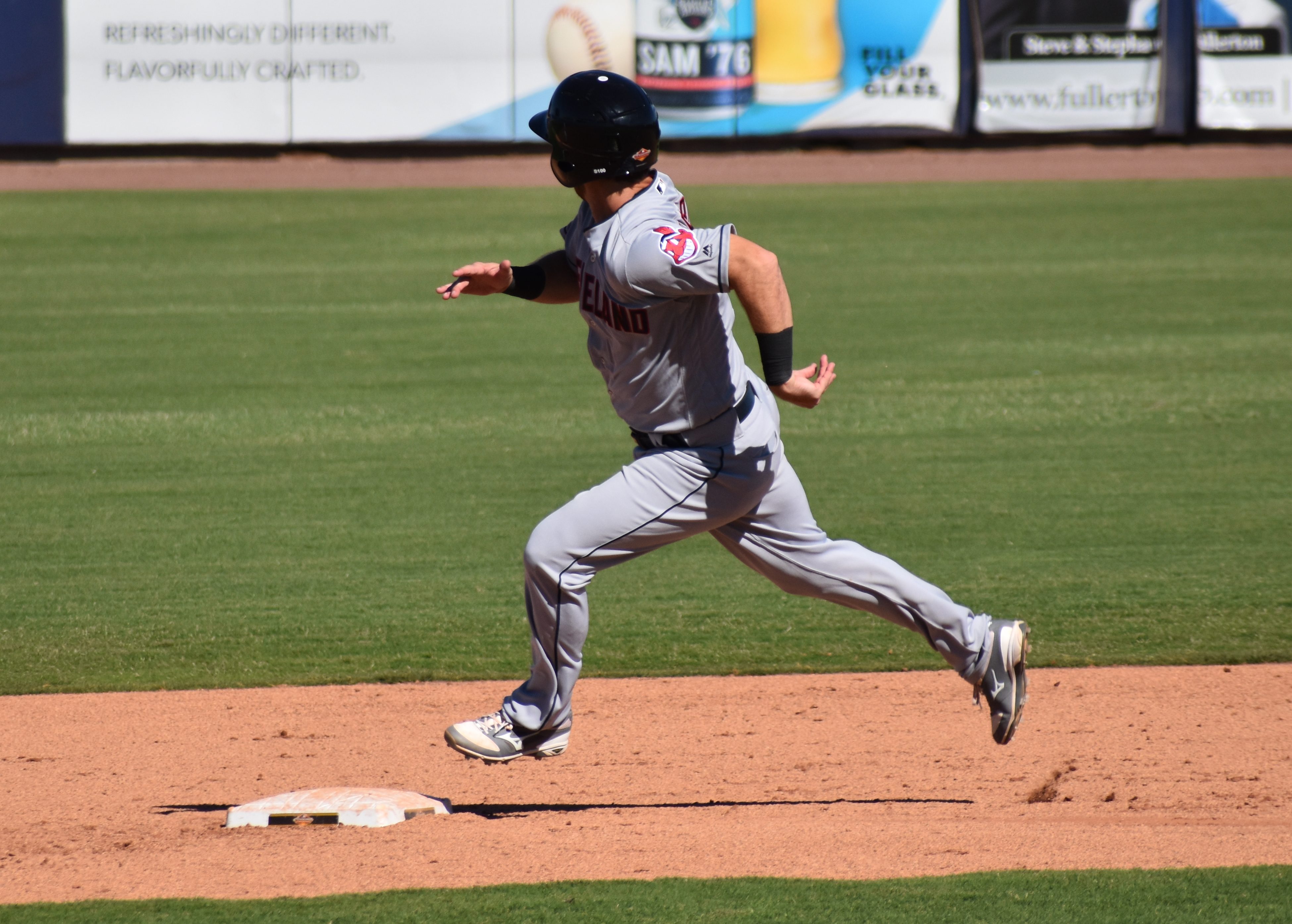 Before we step into the 2019 amateur draft and the expansion of the talent pool currently under control by the organizations in Major League Baseball, let’s take a look towards the past. Every season before the draft, I look back at the Indians draft from five years earlier, so now it is time to head back to 2015, long before there were 22 Marvel movies. I have chosen a five year timeline as it generally fits the Indians promotional schedule.

Generally, between a player’s fourth and sixth seasons with the team, the Indians have made the decision of whether or not they will be sticking around and this season is no different. The pre-season cuts this year included multiple players from this draft (Todd Isaacs and Jonas Wyatt) and a pair of others left in the fall’s minor league rule 5 draft (Anthony Miller and Matt Esparza, who has since retired).

Burning River Baseball started in 2011 and almost immediately began doing these five year reviews. In all those years, I can never remember a draft so completely devoid of current MLB talent. Even though many of the Indians drafts in the mid-2000’s had only one or two players hit the big leagues, they at least had that. The fact that zero players from 2015 have made the big leagues is astounding and my opinion is that no one is particularly close.

Of those drafted in 2015, Haggerty and Marabell are the closest due to the injury of the only guy in the next category. However, Haggerty was traded to the Mets this off-season for Kevin Plawecki, so his success in AA Binghamton is a positive for the front office that drafted him, but won’t help the Indians any more than he already has by gaining them a back-up catcher.

Marabell had an incredible season last year in Akron and was even better against the best talent minor league baseball has to offer in the Arizona Fall League. He looked poised for a great season in AAA and a potential early call up to the big leagues due to the overall weakness in the MLB corner outfield spots. Marabell never got that promotion to AAA, however, and is playing miserably in his second season in AA.

Considering how depressing that opening section was, we’re about to put the weight of this entire draft’s success or failure on the shoulders of a man who weighs 165 pounds. I have had the opportunity to see McKenzie pitch every year since he was drafted and he is absolutely a unique, once in a lifetime talent. He has a plus fastball, good change up and great slider and every thing moves. He has the control of a MLB veteran and the ability of the most elite MLB starters.

Unfortunately, I have seen him pitch every year not because I travel the country going from minor league city to minor league city, but because he has been hurt every year and has played in extended spring training or the Arizona Rookie League. This year is no different as he spends what should have been his first summer in AAA back in Goodyear. I have fought everyone who wanted to turn McKenzie into a reliever over the last few years as the idea of getting 200 innings out of this quality of arms would be  incredible, but if he can’t stay healthy, maybe he could at least be an elite closer and get 60.

Krieger makes a throw from second during a 2017 AFL game in Glendale. – Joseph Coblitz, BurningRiverBaseball

Unlike Marabell, Mathias actually did make the jump to AAA to start the season, but like Marabell, he has been fairly atrocious offensively. Mathias has the benefit of being an excellent defender at second base (less so at third) and a terrific base stealer. He doesn’t have a great ceiling, but could certainly be a MLB utility man as early as 2020 with the ability to play all four infield positions.

Krieger seems to be on a similar path to the big leagues as he has been working on his versatility by playing a lot of third base this season in addition to his normal second and his primary position from 2018, left field. He isn’t as good of a defender as Mathias, but has more power potential.

When this draft originally occurred, it appeared that the Indians top three picks would make up the rotation of the future, but those dreams quickly died. With McKenzie still a top prospect and one of the three still yet to be mentioned, Hillman sits in a middle ground. He’s been an average to below average starter over the last five years and is now having decent results despite poor peripherals in his first season in Lynchburg. Ultimately, there is a good chance that his strike out numbers will never be great enough to justify his poor control and he will not see the big leagues.

Tom is another who could be compared to Marabell as he is in his second season in AA and has seen a significant drop off in production. Tom’s value used to be that he was a good base stealer and could play all three outfield positions, but all of his speed numbers have decreased over the last two years.

Garza battled injuries during his first few seasons, but is back in Lynchburg as a full time starter. While his strike out numbers are decent, his results have never been and his future doesn’t look particularly bright.

Wakamatsu was great in his rookie season, but was so terrible the next few years that it was surprising he wasn’t released prior to this year. Now in his second season with Lynchburg, Waka has greatly improved his defense at short stop and is hitting slightly better. He isn’t really a bust as he is the latest Indians pick from this draft that is still with the team besides Marabell.

After having Tommy John surgery prior to the 2015 draft, Aiken came back slowly in 2016. His velocity didn’t return with Lake County in 2017, however, and he took the entirety of 2018 off to regain that velocity. After just 0.2 innings in 2019 with Lake County, he has officially been reassigned to Mahoning Valley, who are not currently playing games. Unofficially, the only reason the Indians haven’t released Aiken is the embarrassment of missing this badly on a first round pick.

I hate to call Wyatt a bust, because he never really had a chance, but he needs to be mentioned. A pitcher with incredible velocity, Wyatt struggled with injuries and never made it past the AZL.

Esparza is considered a bust, not because much was expected when he was drafted, but because he was so good for three years after. Despite being a solid control pitcher for three years and taken in the rule five draft last fall, Esparza made the decision to retire and leave the game.

Isaacs was such an incredible base stealer that it was very disappointing when he was released earlier this year. He also had a great arm in the outfield, but otherwise wasn’t a great fielder and never reached base often enough to take advantage of his speed. His legacy at this point is playing for the United Kingdom during their World Baseball Classic run.

While most of the 2014 draft has been sorted out (including Justus Sheffield and J.P. Feyereisen, who went to New York for Andrew Miller as well as Major Leaguers Bradley Zimmer and Greg Allen), there remain a few big names with Cleveland in the minors. Bobby Bradley continues to smash in AAA and should be in the big leagues by the end of this season. Sam Hentges is a solid back end starter with good strike out numbers and poor command. He could have a big league career as a left handed reliever.

Bieber makes a start for the Indians during 2019 spring training at Goodyear Ballpark. – Joseph Coblitz, BurningRiverBaseball

With one Major Leaguer, the class of 2016 already has an edge up on 2015. Shane Bieber is in his second season as an Indians starter and has been nothing short of amazing. There are a few others from this list that are still considered top prospects including the Indians new #1 position player, Nolan Jones, and powerful outfielder Will Benson. Zach Plesac has been terrific this season and Aaron Civale has a decent chance at the big leagues. Just as Sheffield and Feyereisen should get some credit for obtaining Miller, Conner Capel gets credit for the Indians acquiring Oscar Mercado.