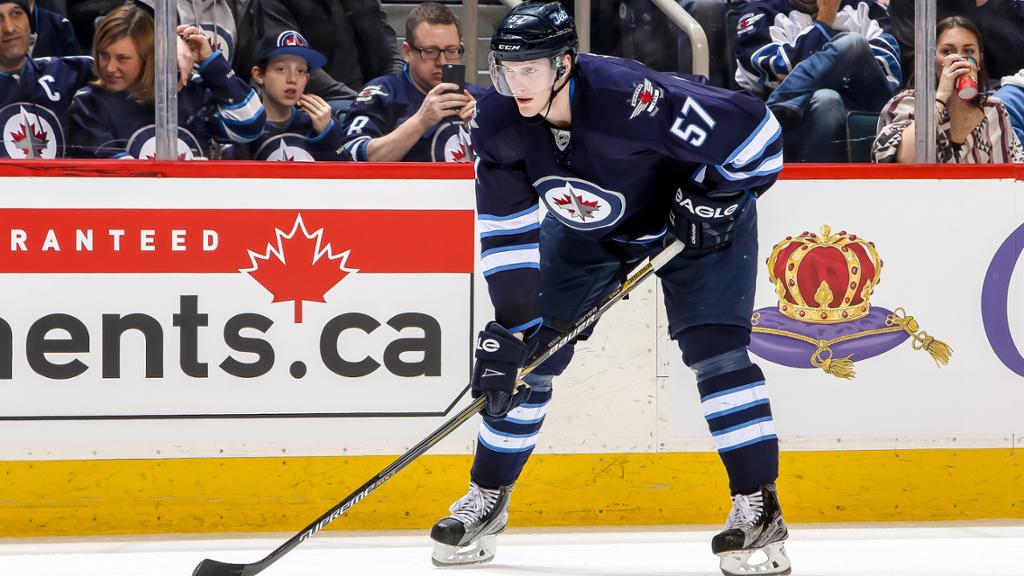 Adding a top-four right-shot defender has seemingly been a key item for the Edmonton Oilers in every off-season for over a decade. The club addressed the position for the future when they drafted Evan Bouchard last June, but the position is still a relative weak spot on the NHL roster.

Adam Larsson, the top option on the right side, is overwhelmed as a top-pairing defender. He’s a solid player, without doubt a top-four defender, but the last two seasons have left questions surrounding his ability on the top-pairing. Kris Russell has struggled on the right side, while Matt Benning is a serviceable third-pairing option.

Edmonton’s left side looks solid now and for the future. The right side needs work and could be an area that Ken Holland decides to address this summer. If he goes the UFA route, a long rumored target could be at the top of his list. That target? Hulking rearguard Tyler Myers.

The Jets, sneakily, are one of the most interesting teams to watch this off-season. Myers is slated to hit free agency while odds are Jacob Trouba will be traded at some point. Patrik Laine’s contract is up, while Kyle Conner, Brandon Tanev and Andrew Copp will all need new deals too.

Money is likely to be a problem in Winnipeg this summer, and Myers is on track to be overpaid as an established defender hitting a mostly barren market. There aren’t a lot of top-four defenders testing the waters, and that’s likely to earn Myers more than he is worth.

The Jets, a smart organization when it comes to contract situations, very well could shake hands with Myers and let him walk.

Teams love Myers because he’s a 6’8″, 229 pound defender that skates reasonably well and can handle a top-four role. He’s a decent puck mover and also brings that physically intimidating element to the table. Teams can’t get over themselves when it comes to his combination of size and skill.

He’s not an elite offensive defender by any means, but Myers is pretty consistently a 30 point guy. He posted totals of 9-22-31 in 80 games this past season, one year removed from a 36 point campaign in 2017-18.

Myers’ possession metrics weren’t anything to write home about in 2018-19. Per hockey-reference, Myers posted a 48.8% Corsi-For this past season, a mark that was negative (-.2%) compared to his teammates.

Myers’ 48% Fenwick For at even strength was -1.2% compared to his teammates, while his PDO was actually above average (101.4). Myers was getting good luck on the ice, but wasn’t driving the play and was a slight negative on his teammates when it came to possession.

I think Myers is still a top-four defender in the NHL, but is a better bet on the second-pairing of a team. I don’t think he ever lived up to the potential he flashed in his rookie season with Buffalo as a top-pairing anchor on the blue-line. He’s a good player, but not a difference-maker.

In Edmonton, Myers is pretty comparable to Larsson. They are both solid players, but overwhelmed in a top-pairing role. Larsson and Myers would be interchangeable on the top two pairings in my mind.

Myers’ most recent contract, a seven-year deal, carried an AAV of $5,500,000. As a top-four defender before the age of 30 with NHL experience and his size, he’s going to get a hefty raise.

I could see Myers getting upwards of $7,500,000 per year on a five-or-six year deal. That’s far too rich for my blood, and it’s a contract that Holland simply cannot fit in Edmonton.

Myers is a good player, and I have time for him on my blueline. At the likely contract he is going to get? Not a chance. If Myers were around $4,500,000 per season I would consider it, but I’m not paying him premium dollars with term.

Shopping in free agency can be a dangerous venture, and no contract could backfire more than Myers’ this summer. Holland should steer clear.