Sorry, I Expended All My Anger For The Week Last Night 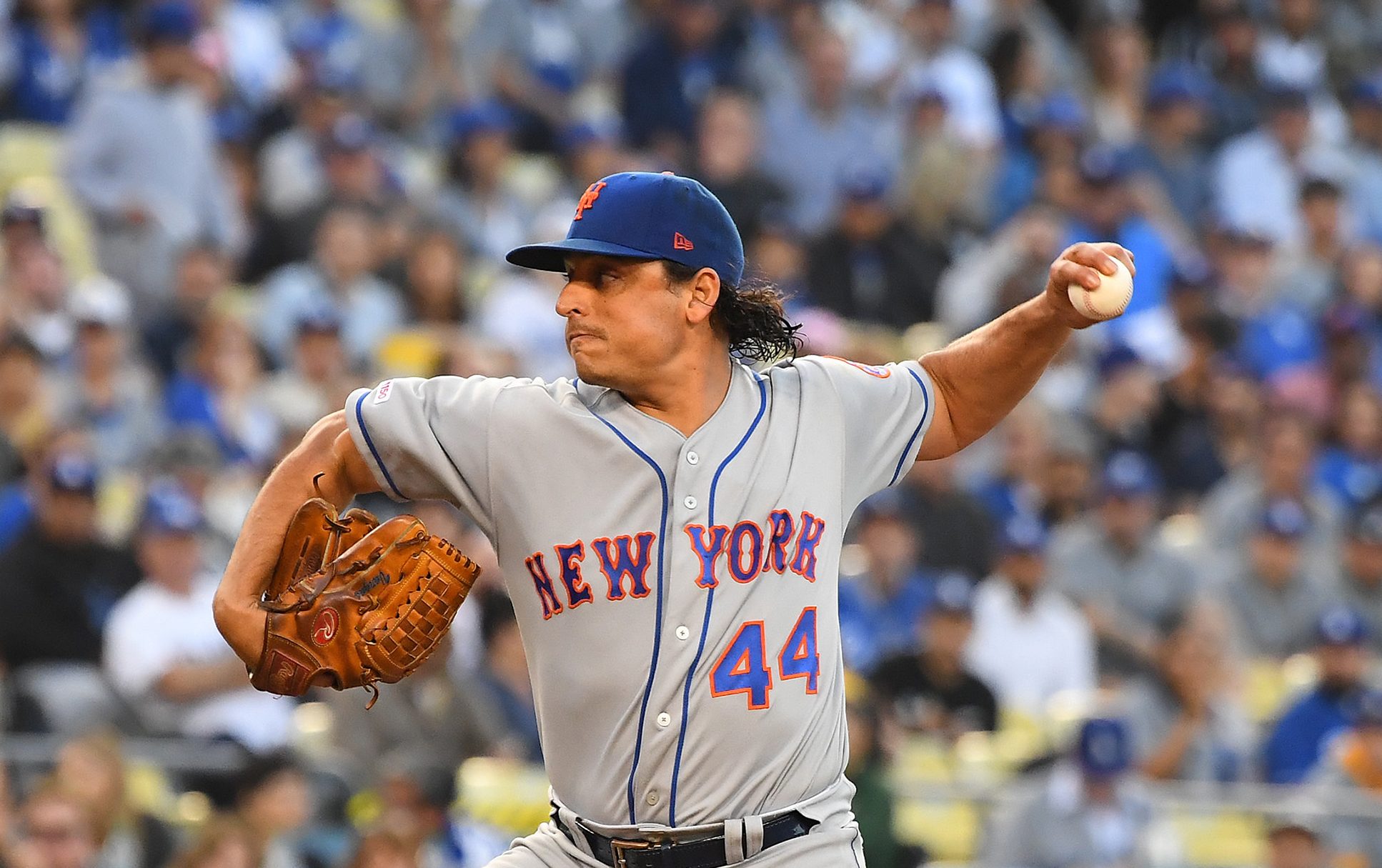 Sorry, I Expended All My Anger For The Week Last Night

I can’t even be mad tonight. Jason Vargas went seven innings and only gave up one run. He did was a fifth starter is supposed to do … finally. He ate innings. The quality was a bonus. He gave the Mets a chance to win against the Los Angeles Freakin’ Dodgers.

The Mets, being the Mets, took that chance and threw it in the Pacific Ocean. They couldn’t hit Hyun-Jin Ryu which, let’s face it, isn’t a federal crime. Ryu now has an ERA of 1.48, which is Gooden type level, after his seven and 2/3’s innings where he struck out seven and only gave up four hits and one walk. Kenley Jansen came in for the four out save, the first out being a strike out of Dom Smith. As many home runs as Jensen has given up lately, the Smith at-bat was their best chance of the night. But Smith struck out to end the eighth and the Dodgers got an insurance run off Hector Santiago in the bottom of the eighth. Even hitting Alonso in the ninth was simply window dressing for the strike out of Todd Frazier and the lollipop out by Carlos Gomez to end the game.

Look, I expended all my energy last night. Read that if you want entertainment. I can’t get mad at a 2-0 loss. I’m laughing, honestly. And I’m trying to figure out how Drake can be allowed to trash talk Golden State Warriors players in his role as “Global Ambassador of the Toronto Raptors”. I think the Mets need to hire Paul LoDuca as an unpaid “ambassador” and if somebody does something that pisses him off, he can run on the field and punch their lights out and then walk away claiming “DIPLOMATIC IMMUNITY!!! I’M AN AMBASSADOR!!!” (Punching enough rivals might be the Mets’ only chance to win the division.)

We have Arizona this weekend. The Mets have gone 6-10 in Arizona since the start of the 2015 season. Just don’t get Valley Fever and I’ll consider the weekend a success.