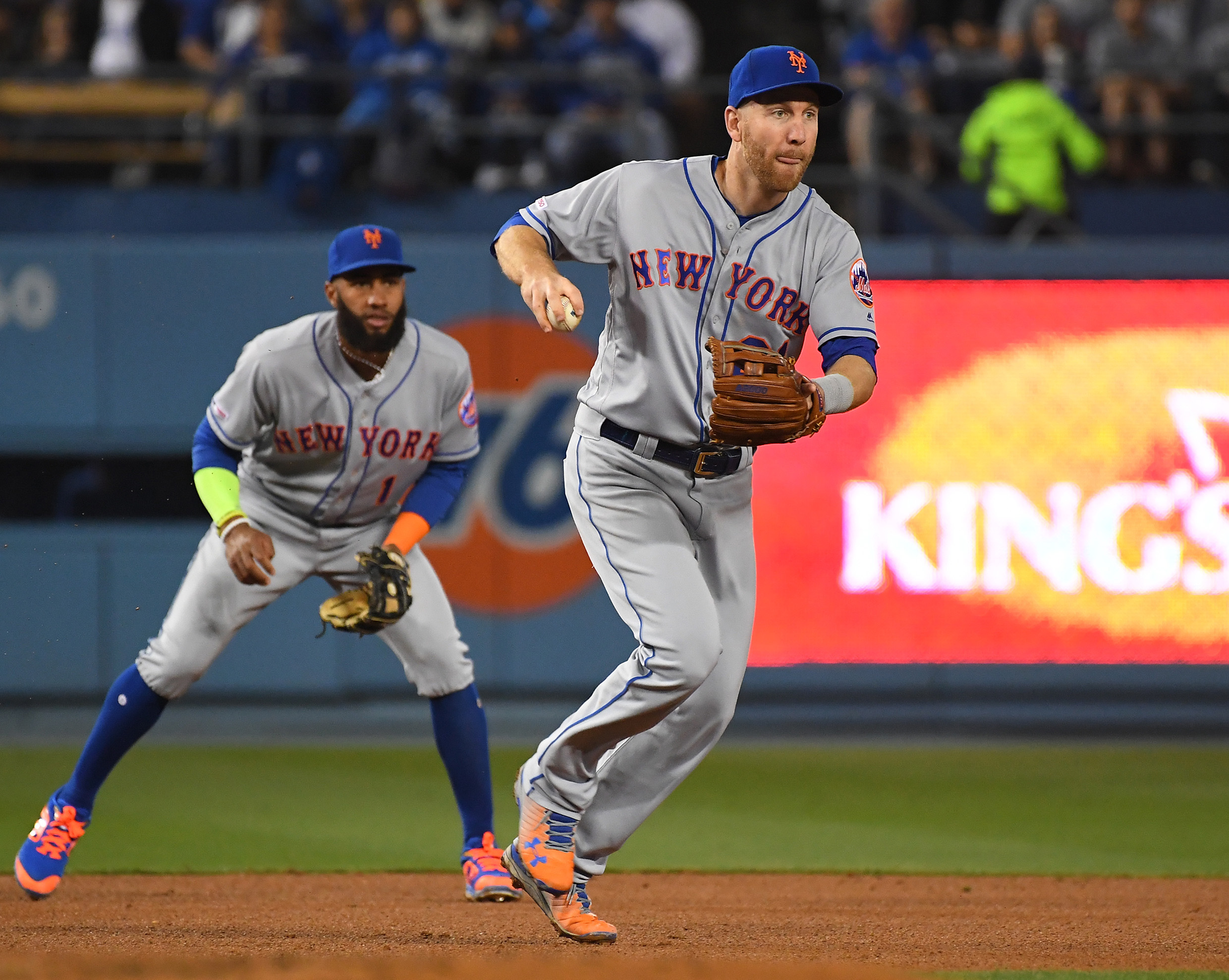 The New York Mets claimed to be going all in for the 2019 season, but things haven’t gone their way so far. As we hit the last day of May, the Mets are two games below .500 and six games out of first place in the National League East. There is still plenty of time for the Mets to turn things around, but with a brutal schedule ahead there’s a chance they could be buried in the standings by the All Star Break. This possibility has caught the eye of other teams, who are wondering if the Mets could become sellers, SNY’s Andy Martino reports.

On the Shea Anything podcast, Martino mentioned to SNY’s Doug Williams that teams believe it may not be the Mets’ year, and that it would be nice if guys like Zack Wheeler became available at the trade deadline. Check out this clip from SNY’s Twitter account for more of what Martino had to say.

🎧🚨 New Shea Anything! 🚨 🎧@DougWilliamsSNY and @martinonyc talk about how teams around baseball view the Mets and what may happen if certain players become available: https://t.co/kh1ggNOwrT pic.twitter.com/Fh2koYLWiB

Martino does make a fair point in that selling would be a dramatic about face for Brodie Van Wagenen, who came in promising to win right now and sold that vision to both the owners and the fans. Seeing this season come down to what it has the past two years, where the Mets are flipping players on expiring contracts for prospects and salary relief, would be a bitter disappointment considering the level of expectations that Van Wagenen set.

If the Mets do end up becoming sellers, it seems unlikely they would do something radical like moving players with multiple years of team control left, such as Noah Syndergaard. The modus operandi would likely involve selling players who could be free agents at the end of the season, like Wheeler, Todd Frazier, and Juan Lagares. Wheeler would likely bring back the most of this group, but the Mets could opt to hold onto Wheeler if they think there’s a chance of re-signing him.

The Mets are certainly hoping they don’t sell for the third straight year, but the only way they avoid that fate is by starting to win games. Entering today at two under .500 isn’t ideal, but the Mets need to find ways to win games in order to put themselves in position to contend against a softer second half schedule. Simply being at .500 or a game or two over isn’t good enough. The Mets need to get to at least four or five games over .500 by the All Star Break, which is far better than they have looked for the past month and a half of play.