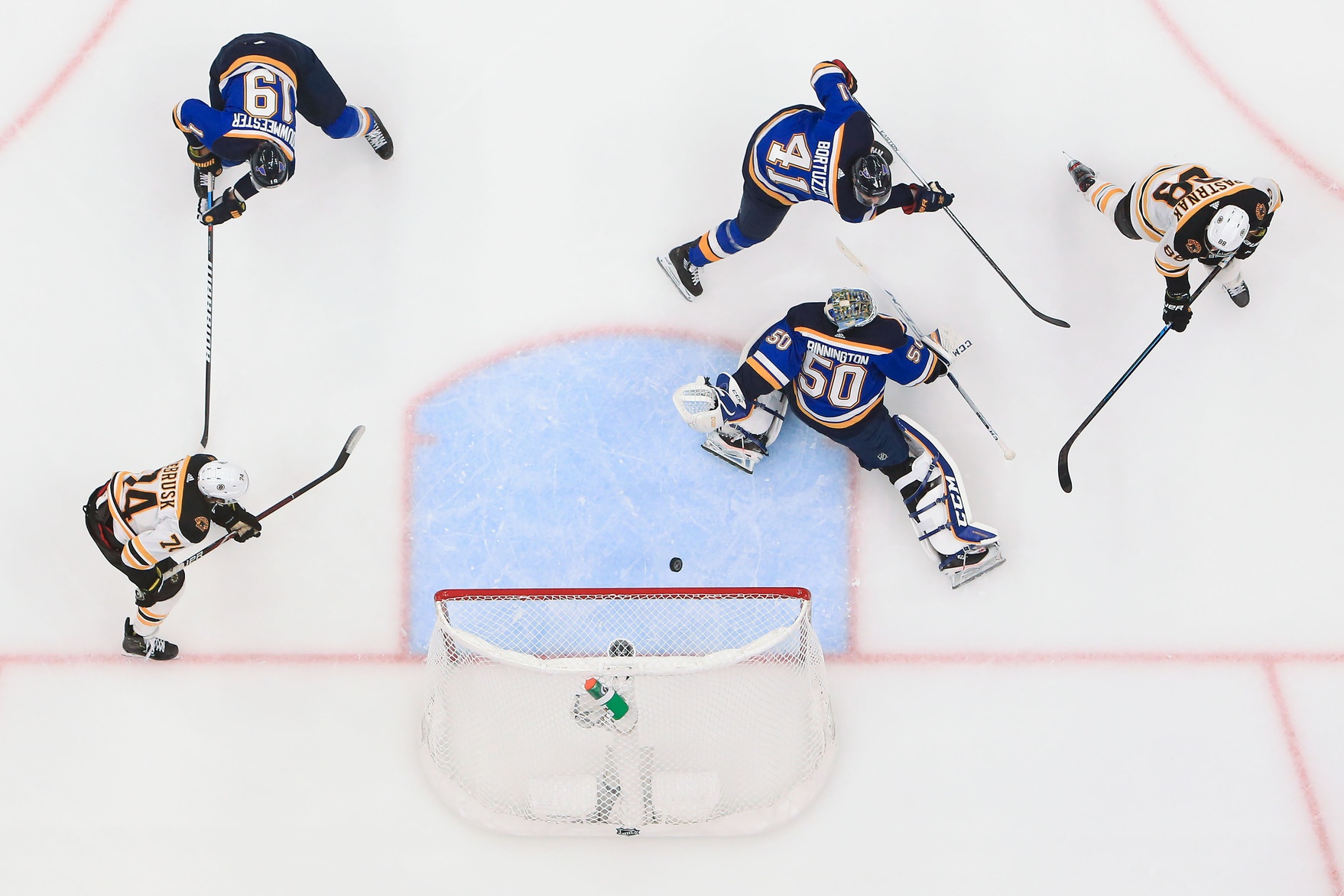 Once again, the St. Louis Blues are the perfect example of Dr. Jekyll and Mr. Hyde. If that reference doesn’t connect (like so many St. Louis passes), the Blues are once again a team that looks like it isn’t sure – or doesn’t know – who it really is.

Are they a team actually capable of winning the whole thing? Are the Boston Bruins going to make the Blues look foolish given enough time?

Game 3 should have been an easy occasion to rise to even the strongest of Bruins challenges. The crowd at Enterprise Center was ready to explode days after Carl Gunnarsson gave the franchise their very first win in a Stanley Cup Final. The whole city has been buzzing in a way it never really has before.

Naturally, the Blues embarrassed themselves in their first home Stanley Cup Final game in almost 50 years.

There’s really not much to say because we’ve all said it before. The avoidable penalties that popped up in Game 1 were once again prevalent in Game 3. The poor defensive play that left Bruins open in Game 1 might have been even worse in Game 3.

Whatever strategy the Blues are using on the penalty kill needs to be thrown out and burned.

Boston was 4-for-4 on the power play tonight, needing only four shots. They are now 6-for-14 on the PP in the series.

Pietrangelo: “We’ve got to keep this thing 5-on-5 … 5-on-5, we actually did a pretty good job. It’s just a matter of keeping them off that power play.”

It’s inexcusable to get completely blown out in a game of this magnitude. There’s no excuse for this kind of play given the situation, crowd and opportunity for the taking. How can you possibly look this flat given the amount of pure energy filling the building? It’s a complete insult to the fans who paid outrageous prices (many around $1,000) for their opportunity to see a Stanley Cup Final Game.

Of course, the Blues have continually bounced back when placed under immense pressure this year. It’s been an extremely dangerous trend that the Blues have been fortunate to overcome. But, this is a bit of a new one. They haven’t had to pull goaltender Jordan Binnington. They also haven’t had to figure out how to put a blowout of this magnitude behind them before the most important series of most lifetimes slips away.

The statements from the Blues following the game matched the pattern seen in the team’s up-and-down play. They keep highlighting that they’ve played some of their best hockey when facing adversity. That’s true, but you really have to ask why this keeps happening. Isn’t this a pattern you can break once you realize there’s a problem? Why do they have to keep fixing the same thing over and over again?

Everyone still sounds confident in Binnington.

Berube on Binnington: "The confidence level is really high. Five goals is enough … seen enough. We just wanted to pull him and get him ready for the next game." #stlblues

But are fans confident in the Blues being able to look even remotely like a champion when they take the ice in Game 4?