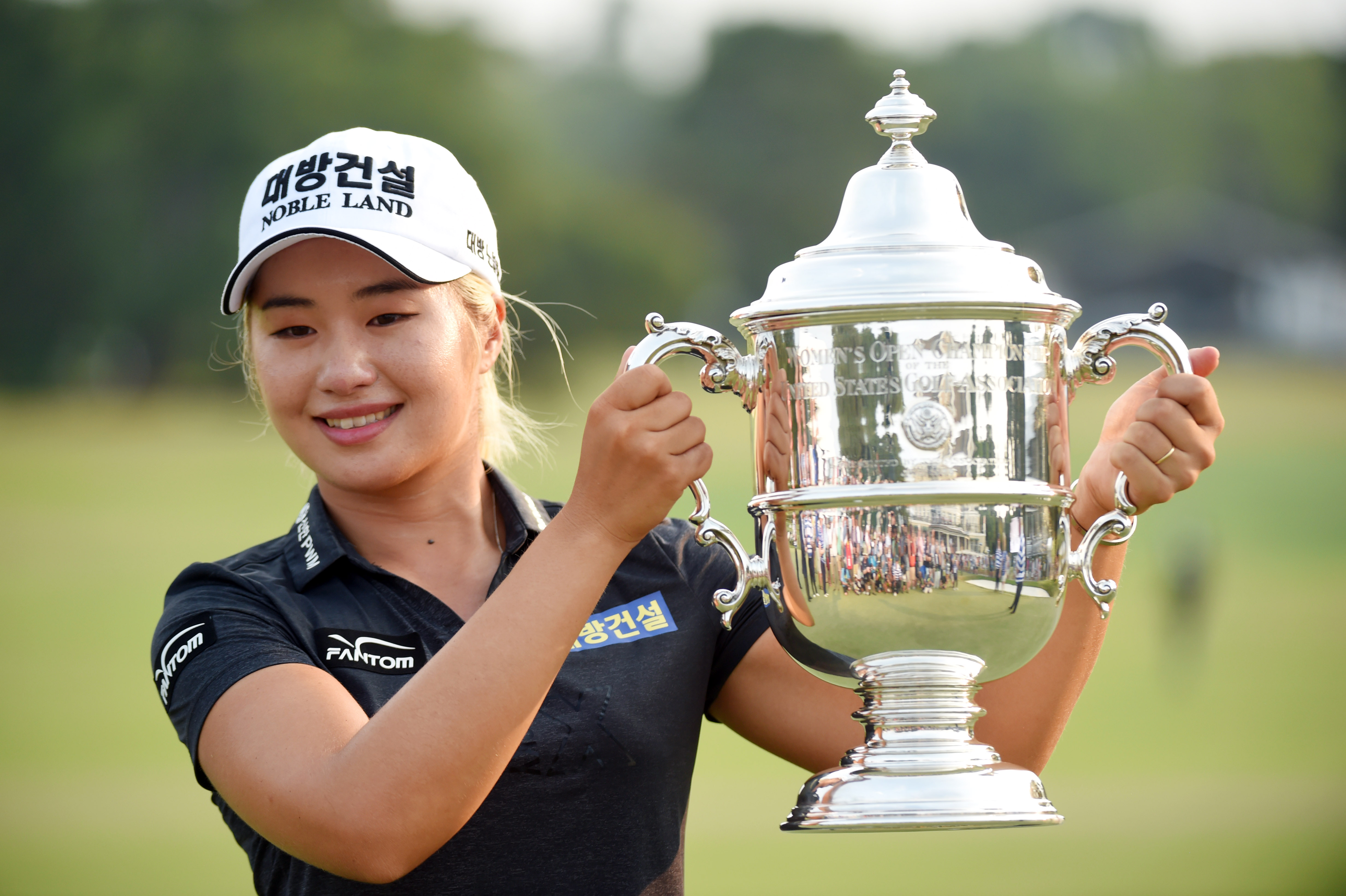 For the first time in her career, South Korean star Jeongeun Lee6 won on the LPGA tour, and it came at the year’s second major, the U.S. Women’s Open from the Country Club of Charleston in South Carolina. On Sunday, Lee6 (is called Lee6 because there were five other Jeongeun Lees on the Korean LPGA Tour) shot a one-under par 70 to shoot ironically, a four round score of -6.

Lee6, who has the number six on her golf ball, beat Americans Angel Yin and Lexi Thompson, as well as Korean So-yeon Ryu, by two strokes. It was a very productive day for Yin, who shot a respectable three-under par and finished the day at four-under par.

There were also five golfers in contention at three-under par and three strokes back of Lee6. They were Americans Gerina Piller and Jaye Marie Green, China’s Yu Liu, France’s Celine Boutier and Japan’s Mamiko Higa. Like Yin, Piller had an excellent fourth round as she shot a three-under par 68.

Liu and Boutier meanwhile cracked under having the pressure of having the lead heading into the fourth round. Both shot a four over par 75 on Sunday. Boutier was in contention down the stretch, but had a disappointing par on the 15th hole and then a double bogey on the 18th hole, where if she got a birdie she could have forced a two hole aggregate playoff.

The next women’s golf major is less than three weeks away. The KPMG Women’s PGA Championship will take place at the Hazeltine National Golf Club in Chaska, Minnesota starting June 20.