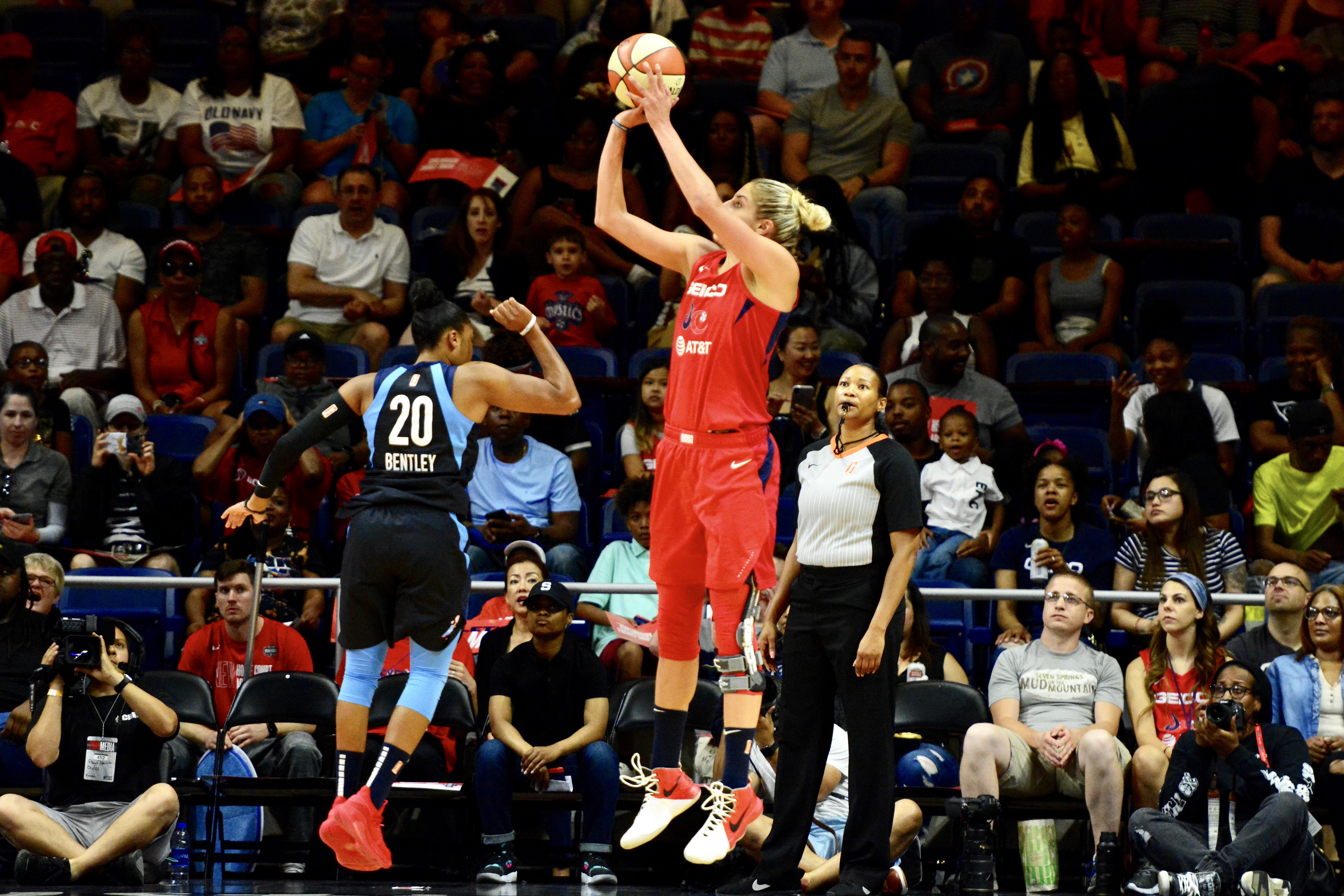 The Washington Mystics still have a foul taste in their mouth from last summer’s 3-0 series sweep in the WNBA Finals at the hands of the Seattle Storm. They had to see Breanna Stewart, Sue Bird, and company celebrate on their “home” court. Well, it wasn’t really home as the deciding Game 3 was hosted at George Mason University, not Capital One Arena. Washington did not play any of their postseason games in Chinatown as they were bouncing between “homes”.

This season, they are hungry to “run it back” at their permanent home in Southeast D.C. at the Entertainment and Sports Arena where the Capital City Go-Go also play and the Wizards practice. Before Saturday’s home opener, the organization hosted a “Block Party” in hopes of rallying support for the team in the Ward 8 community. It looked successful and there were hundreds socializing outside ESA hours before tipoff.

With a returning core of Elena Delle Donne, Kristi Tolliver, Natasha Cloud, Ariel Atkins, and more as well as the return of Emma Meesseman, who took the last WNBA season off to rest, the Mystics are favorites to win the championship this season. They know that they have targets on their backs being in such a role and they are embracing it.

After just one game this season, Washington was already dealing with their share of the injury bug. Potential MVP candidate Delle Donne was sidelined with left knee soreness, while point guard and Wizards assistant coach Tolliver suffered a right quad contusion in the season opener loss. Both stars started for Washington in the home opener and the Mystics put on a clinic against the Atlanta Dream in an Eastern Conference Finals rematch.

Delle Donne did her thing with 18 points on 7-for-9 shooting in just 22 minutes of play. Sophomore wing Atkins was the game’s leading scorer with 21 points on 8-for-11 shooting including four three-pointers. Meesseman looked like she had not missed a step with her teammates with 14 points on 7-for-9 shooting. Washington dominated from the start to put up a whopping 52 first half points. From there the Mystics coasted to their first win of the season.

The Dream are no slouch of a team coached by Nicki Collen. They have a nice core of very solid players and they had a 2-1 series lead over the Mystics in last season’s best of 5 semifinals. Washington was just so strong and looked the part of a championship contender. Granted Atlanta was on the second night of a back-to-back, but that should not take away from the clinic that the home team put on.

Washington led from start to finish and had as much as a 32 points lead in their rout of Atlanta. The team shot 56.7 percent from the field and had a whopping 27 assists on 38 made field goals. Everyone was running and picking up the pace, which suits the team well because the entire rotation can really move. Even when one of the top players, Natasha Cloud, is not having her best game with just four points on 2-for-8 shooting, the team can still put up nearly triple digits behind five players in double-figures.

“It was a good way to christen the building,” head coach Mike Thibault said. “It was a great start. We had a lot of people play well. We shot the ball really well, obviously. So, I don’t think shooting will be an issue as far as the sight lines or anything, I think we have that part figured out. I thought we set the tone defensively in the first half. We made shots tough for them. Obviously, they played last night, and we tried to take their legs from them with our pressure and with our transition back at them, make them have to work. I think we did what we were supposed to do.”

The on-court display was just as good as the atmosphere created inside the Entertainment and Sports Arena. An announced sellout of 4,200 means the same number of fans in a much smaller space than Capital One Arena allowing voices to carry onto the court. With plenty of distinguished guests in the stands, the fanbase the Mystics have grown should continue to be advantageous throughout the season and beyond, which is something the Capital City Go-Go hope to produce, too.

“It felt like the playoffs, like we got right back to where we were (last season),” Delle Donne explained. “It was crazy energy, and this place feels so much like home already. It’s such an advantage, so that’s huge for us.”

The 2019 season is still plenty early with 32 games left, but the Washington Mystics have already flexed their talent and barring injuries (fingers crossed) are poised to make another run at the WNBA Finals. You can check out a full gallery of the Mystics-Dream game from June 1 here courtesy of our own Joe Glorioso.