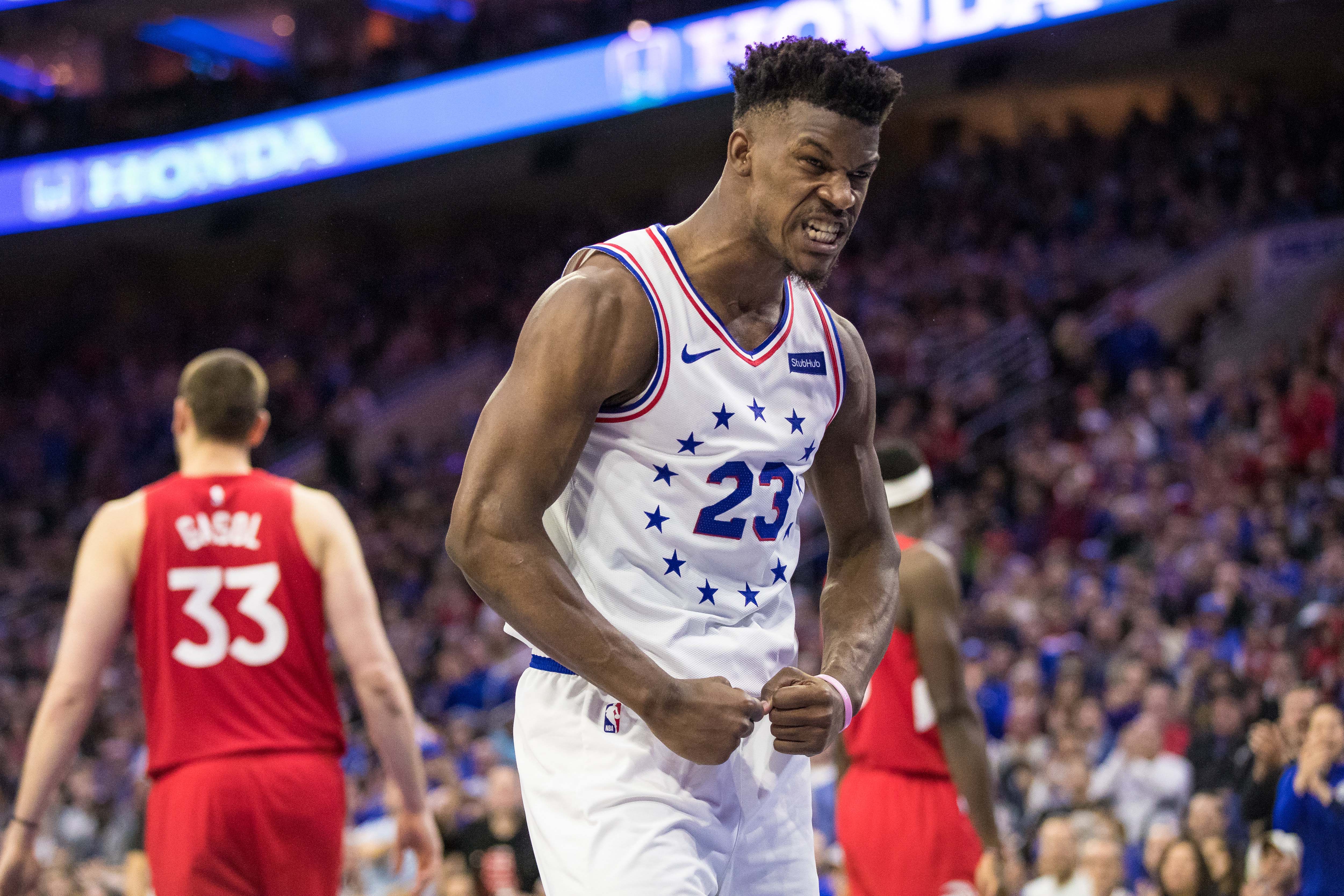 This offseason is very pivotal for the Philadelphia 76ers in their quest of capturing an NBA championship.

The Sixers, who lost in Game 7 of the Eastern Conference semifinals against the Toronto Raptors on an immaculate game-winning jump shot from Kawhi Leonard, have to make some big decisions on impending free agents Jimmy Butler, Tobias Harris, and J.J. Redick later this month.

When it comes to Butler, it has been widely reported that the Brooklyn Nets have a real shot of landing him, while Los Angeles Lakers superstar LeBron James has been in contact with the two-way star guard.

That being said, the Sixers appear to be the frontrunners to keep the 30-year-old Butler for the foreseeable future.

Earlier this week, ESPN’s Brian Windhorst said on his podcast, “The Hoop Collective” that some NBA executives believe that Philadelphia will offer the former Marquette standout a max contract.

“I’ve been talking to some executives this week and the executives, I think, now believe that the Sixers will (offer a max contract),” he said. “I don’t know about the fifth year, like, full guaranteed, but yeah.”

Nevertheless, it should not come as a surprise to see this latest piece of news regarding the Sixers and Butler.

Back in November, when the Sixers acquired Butler from the Minnesota Timberwolves in exchange for Robert Covington and Dario Saric, ESPN’s Adrian Wojnarowski reported that the two sides fully expect to reach a long-term contract this summer.

If the Sixers were to offer Butler a max contract, it would be a five-year deal worth $189.7 million. Any other teams interested in the wing player’s services could only offer him a four-year deal worth $140.66 million.

Even though his production went down from his days in Minnesota. It was evident in both the regular season and playoffs that Sixers need Butler going forward.

He was their closer down the stretch, created his own offense, and provided leadership on the court.

Therefore, it is a no-brainer for the Sixers to re-sign Butler and hopefully bring back to Harris and Redick to make another deep postseason run next season.