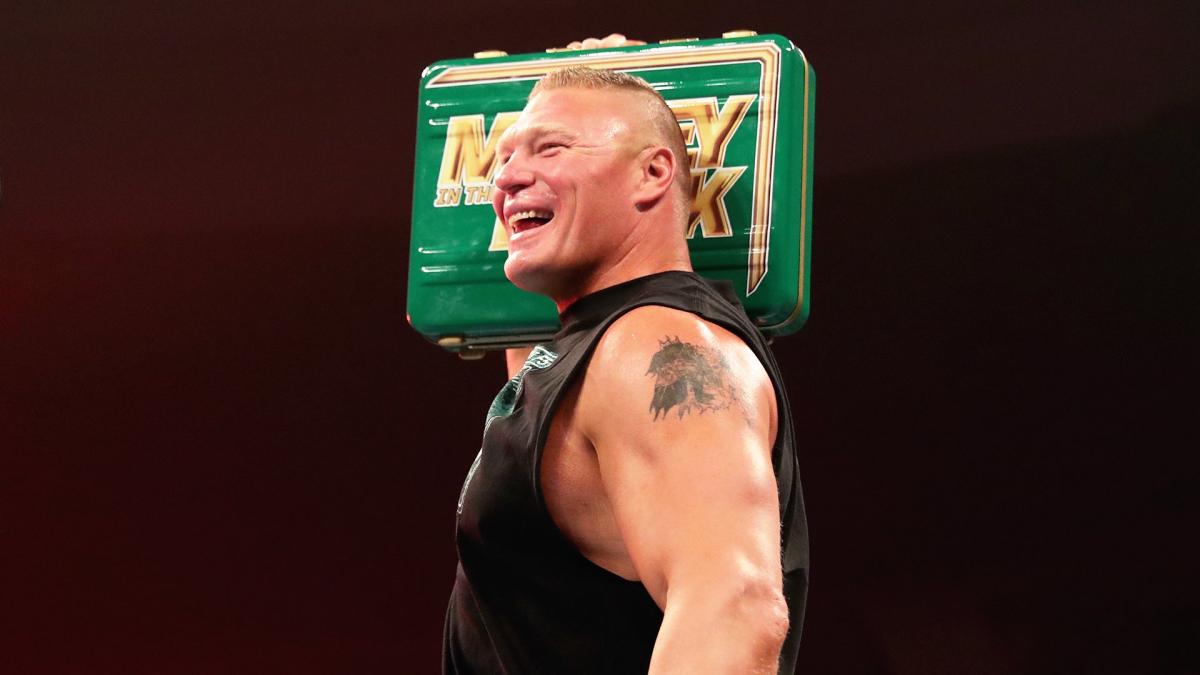 It was announced by WWE.com from Paul Heyman that Brock Lesnar will be cashing in his Money In The Bank contract on Monday Night Raw tomorrow night.  Ever since WWE made the announcement, NXT superstar Matt Riddle called out Brock Lesnar and teased a appearance on Raw tomorrow.

The NXT star went on Twitter to make this tease claiming that he will be there to ruin Brock’s cash in attempt.

I’ll be there to ruin it bro, see you Monday at RAW https://t.co/OjhR8U2L2X

Riddle has been known to make claims many times that he has wanted to compete against Brock Lesnar and retire him. So this comes as no surprise by fans that he would respond to this announcement by the company.

Whether Riddle will actually show up on the show to do what he claims that he is going to do remains to be seen. With the Wild Card rule in effect that includes NXT, the possibility for this to happen is greater.

He has also shown some entertaining side to him as he turned the briefcase into a boom box. Last Monday, Brock found out that he has a whole year to cash in his contract and told Seth, “Screw You.”

WWE put out a video with Stephanie McMahon condemning Brock’s disrespect of the Money In The Bank contract, the WWE Universal Champion Seth Rollins and the WWE Champion Kofi Kingston and threatened to take action as a result.

With the announcement from Stephanie McMahon that WWE will take action against Paul Heyman and Brock Lesnar as well as Matt Riddle teasing a Raw appearance, Raw will be an interesting show Monday night.