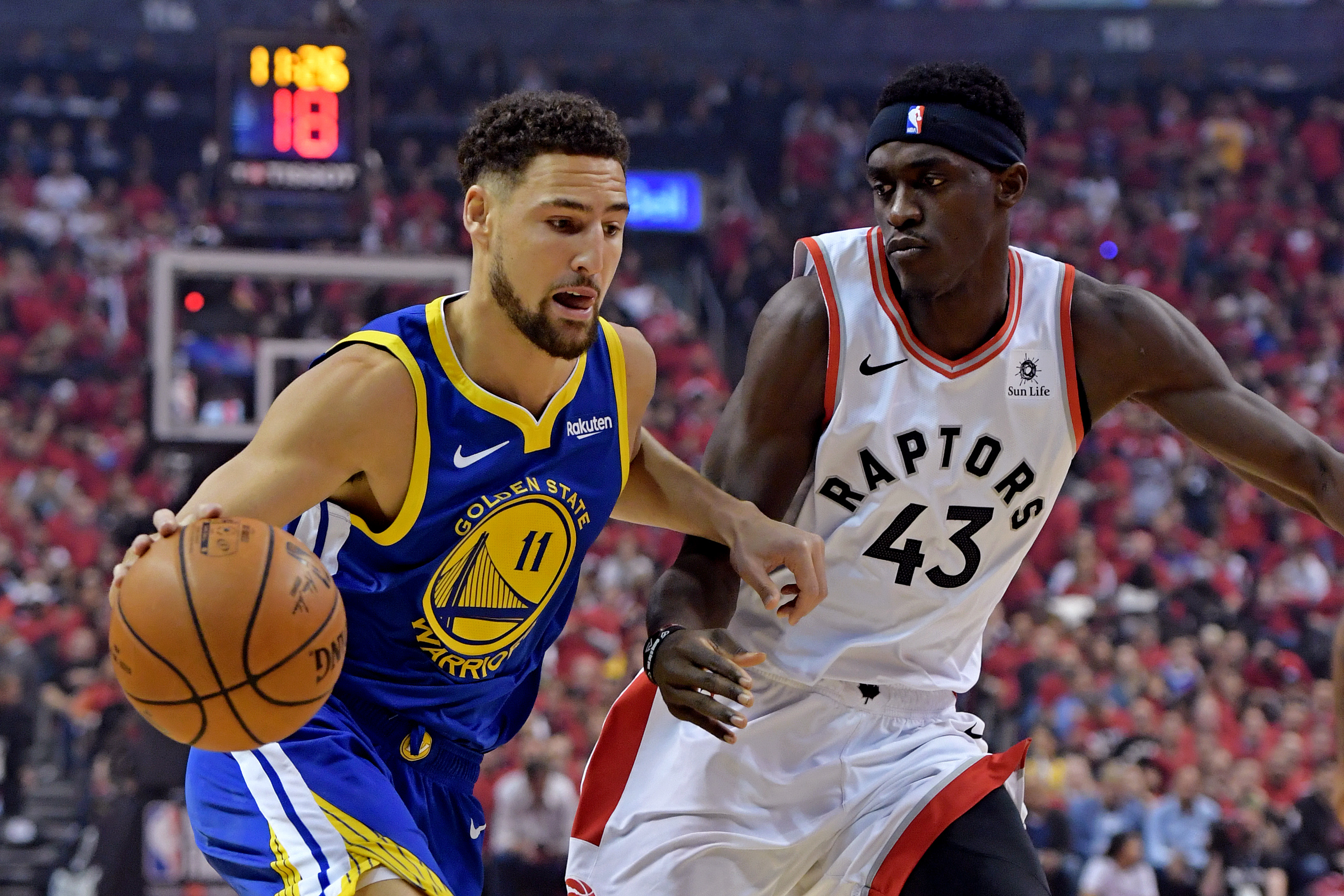 The Golden State Warriors were able to get a key split from the opening two games in Toronto of the 2019 NBA Finals on Sunday. Klay Thompson led the Warriors attack with 25 points as the Warriors beat the Raptors 109-104 to tie the best out of seven series at one game apiece.

However even though Thompson was Golden State’s leading scorer on Sunday, he did not finish the game. That is because he suffered a hamstring injury in the second half.

Where the Warriors took control of the contest was late in the second quarter and early in the third quarter. With 1:03 left in the first half, the Raptors had a 58-48 lead. But Stephen Curry made two key field goals and made two free throws, to pull the Warriors to within five points at halftime.

Then in the first minutes and 25 seconds in the second half, with many Raptors fans not back in their seats following the halftime break, Golden State went on an impressive 18-0 run. The Warriors dominance in this period of the game was a combination of the Raptors just going ice cold offensively, and the Warriors shooting the basketball with the same ultraconfidence that is the reason why they have won four of the last five NBA Finals.

There is no doubt that the Warriors are missing the offensive and defensive capabilities of Kevin Durant. However on Sunday, they were able to show that they could win without the two-time NBA Finals most valuable player. Golden State was able to return to a transition-type style of game and at the same time deliver with solid defense as the Raptors made several bad decisions in shooting the basketball.

Warriors head coach Steve Kerr should also be ecstatic with the outstanding shot making from beyond the arc from backup point guard Quinn Cook. On three separate occasions, Cook delivered a three point shot. Game three of the series is Wednesday from northern California.