What Jay Bruce Brings to his New Club 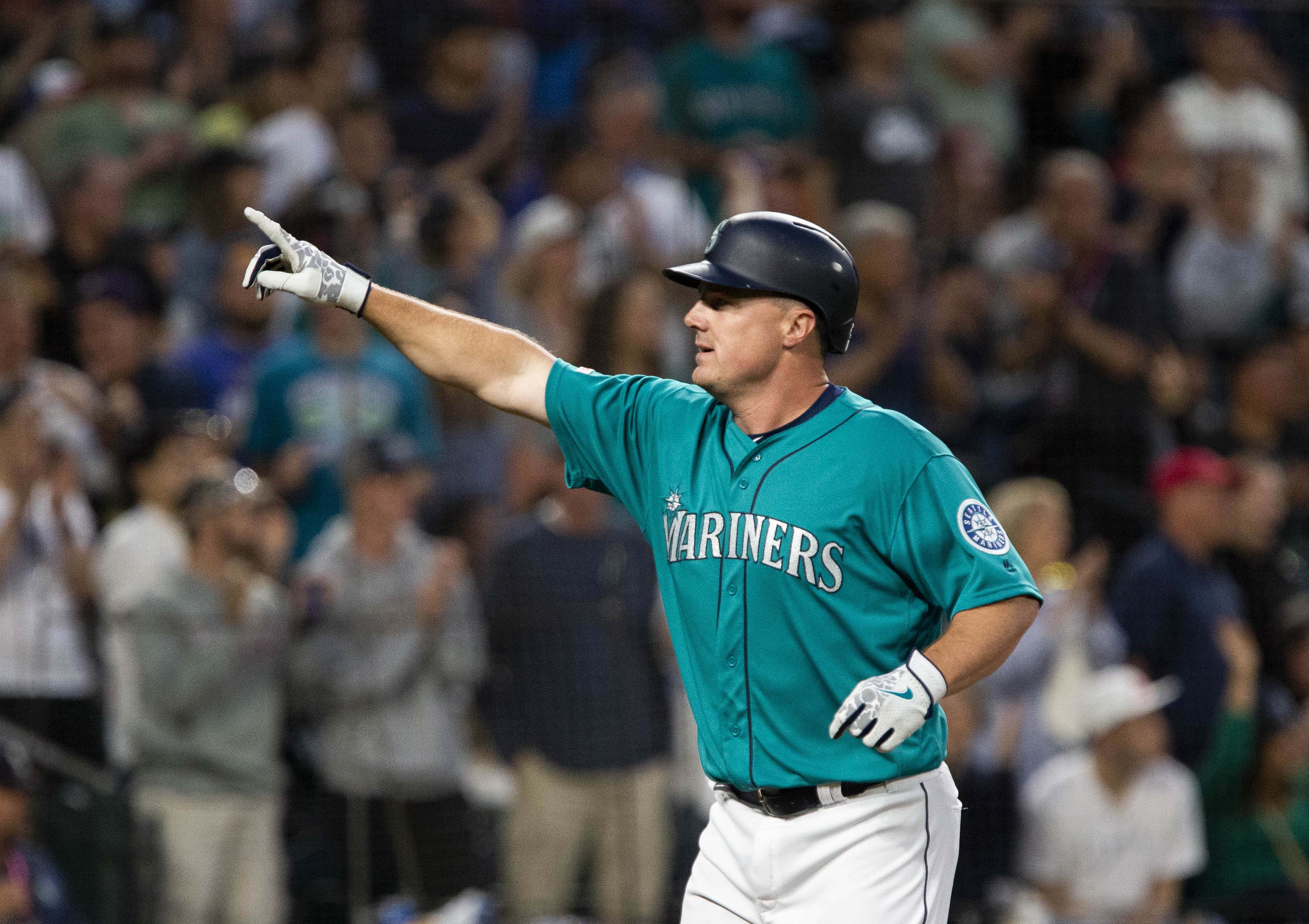 What Jay Bruce Brings to his New Club

Following Odubel Herrera’s arrest, the question of the starting outfield for the Phillies was magnified. Herrera was not considered a player that would 100% have a starting spot going into September baseball in the first place, but now the Phillies needed the answer for June.

As of now, Herrera appears more likely to be released by the club than not. While that does leave the Phillies with 2 borderline All-Star Game candidates in the outfield, the 3rd spot didn’t have a clear replacement. For one, McCutchen is getting older and isn’t going to be any more than an average outfielder, so does he really fit in center, or does the solution have to be a center fielder?

There are plenty of options the Phillies can go with. Nick Williams is off to a very disappointing start to the season, but there was always a chance that he bounces back with the raw talent he possesses. Scott Kingery has been playing most of the games recently in center field, as the Phillies are attempting to get him to learn the position. However, it’s not a sure thing that Kingery’s bat will continue on this hot start, and even if it does he may fit better as a replacement for a struggling Franco at 3rd. Roman Quinn has just started his rehab assignment for his oblique injury, he can play center well, but he’s still not proven at the plate and hasn’t ever stayed healthy for more than half a season. Another possible option is Adam Haseley, who was just recently called up to AAA. If he performs very well in Lehigh Valley, he could make his debut at some point this season and fill the hole.

There are a ton of options for the Phillies to use as their 3rd starting outfielder. But every single one has major question marks. So that leaves the Phillies with yet another option. They could trade for a proven yet cheap outfielder to serve as a safety option in case nobody else proves himself by the time everybody starts watching the standings. On Sunday, the Phillies completed a trade with the Mariners for veteran Jay Bruce.

.@Phillies acquire OF Jay Bruce, cash from @Mariners for 3B Jake Scheiner. pic.twitter.com/dRSGWaRaoN

While maybe a better answer for them would be a center fielder that wouldn’t force McCutchen to move over, outside of that Jay Bruce fits the roster plan just about perfectly. For starters, trading for Bruce took essentially no hit on the Phillies franchise. Jake Scheiner, the prospect sent to Seattle, was a 23-year-old corner infielder playing in High-A, and there is little chance he sees more than a cup of coffee in the MLB. While Bruce’s contract had taken a hit on his total value, the Mariners agreed to pay for nearly all of his contract, so no financial flexibility for the team was hindered. For the Phillies to have found another middle-of-the-lineup worthy star for the outfield, much more would have had to be given up.

Yet they didn’t need a star. All they needed was somebody at Bruce’s level as a safety option. Jay Bruce has had a wRC+ over 110 in 3 of the past 4 seasons and is consistently above replacement level. While he hasn’t had a great season in quite some time, the talent level Bruce is currently at is acceptable enough that if no other option listed above works out for the Phillies this season, they know they at least have someone with a proven track record that can play.

Should someone break out and prove themselves to be better, Bruce is easy to throw on the bench to bring out as a pinch hitter, or even as a platoon guy Considering Quinn will be facing right-handed pitchers as a right-handed batter for the first time since he was drafted, this may prove necessary.

From June 3rd on to whenever somebody else props up, Bruce can play left while McCutchen plays center and Kingery plays 3rd against righties, while against lefties Kingery can play center, McCutchen can slide over to left, and Franco can be in the starting lineup over Bruce. While Bruce has not played much left field (he’s been primarily a right fielder in his career) and has done better against lefties this season (he’s typically had a large platoon split over his career), this set-up should be decent enough to cover a recent hole that propped up, while the team then focuses the rest of their trade resources to pitching needs.

While Bruce is a proven commodity, that doesn’t make him any less unique of a player. He’ll be interesting to watch for sure, as his stat line makes even Adam Dunn proud. The 32-year-old has 35 hits on the season, and 25 are for extra bases. He has more home runs than any other player currently on the Phillies roster but also has an OBP at .283. Although he’s always been a power-over-contact type of batter, he has never been quite as extreme. And yet, as frustrated as he can make fans by not reaching base often, the value he provides with the bat will still likely end up better than average (114 wRC+).

The increased difference between his batting average and slugging percentage isn’t just the result of small sample sizes or an unlucky BABIP (.210!) as much as it is a change in his batting profile. Bruce has only hit 17.5% line drives, his lowest rate since a decade ago. More significantly, his flyball rate has jumped by 10% to 58.8%, and his rate of balls hit up the middle towards center is at a career low 39.5%.  That profile will never be good for getting singles, but it has left Bruce with a 17.5% Barrel%, much higher than his previous career high and putting him at 9th in the MLB.

Not only will that batted ball profile leave him with a playable .339 xwOBA, but it should play even better at Citizens Bank Park. Flyballs down to either corner are very susceptible to becoming home runs, so Bruce may even produce more power in Philly than he would have in Seattle.

Defensively, Bruce used to be quite valuable, but he really fell off a cliff towards the end of his tenure in Cincinnati. Statistically and by the opinion of fans, Bruce has been below average in the outfield for a few years. While this will likely remain the case and will likely hurt the Phillies already weak defense, his Statcast sprint speed is as high as it’s been in any season since he was 28, and is a full mph faster than 2018. The fact that he doesn’t appear to be losing athleticism quite yet bodes well for his future, especially considering he is still under team control for 2020.