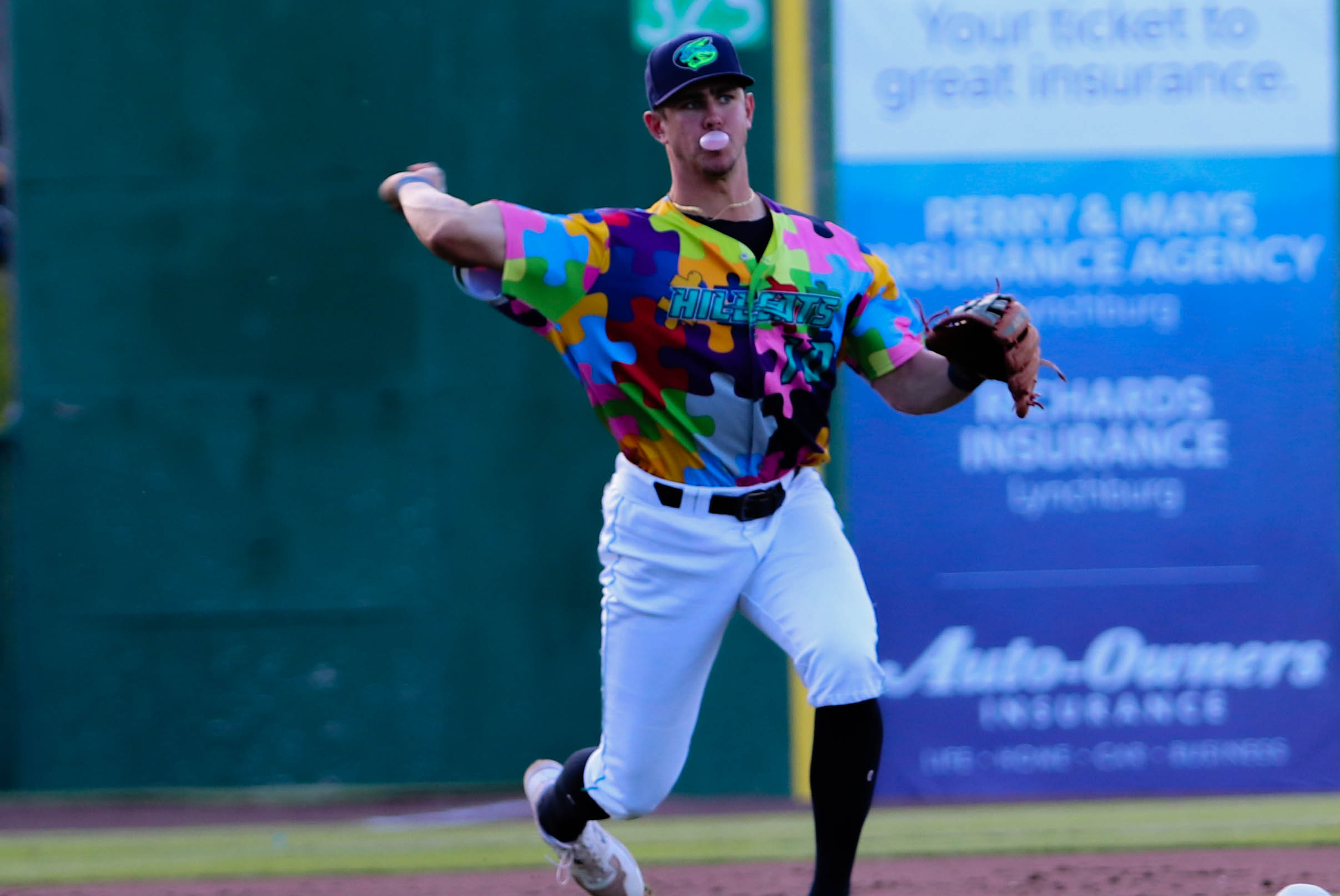 The Hillcats currently stand at .500 baseball (26-26) going into June and are in third place in the North Division.  On Friday, May 31st they were swept by Frederick in a day/night doubleheader which the second game was a makeup of the day before that was postponed due to inclement weather. However, on May 29th the offense exploded for twelve runs including home runs by Jodd Carter, Nolan Jones, and Jose Vicente. Overall, Lynchburg split a four game series with Fayetteville and losing two out of three versus Frederick with another two-game set on Saturday with the Keys.  They would split that at a game apiece with Lynchburg winning the first game and Frederick winning the second contest. Because of the fact that the series would feature two doubleheaders, each game would likely turn into seven inning matchups due to minor league rules. For the first game of the doubleheader the Cats were 0- 6 with runners in scoring position which is not what you want game-plan wise.  Sunday began a new series as the Hillcats hosted the top team in the Carolina League, the Wood Ducks. Game one of the series goes to Lynchburg with a 5-1 victory with game two beginning Momday night at 6:30 p.m.

Nolan Jones as well as Oscar Gonzalez have been providing RBI at a significant pace for the Hillcats thus far in 2019. Gonzalez leads the team with thirty-eight on the year, with Jones second with twenty-seven for the club. Pitching wise Justin Hillman leads Lynchburg in terms of ERA and second behind Justin Garza in strikeouts. But as far as player of the week contributions for this week in review , top honors go to Oscar Gonzalez who has been given this honor several times already this season because of how much of a mainstay offensively he has been for the Lynchburg. Also, Robert Broom continues to pitch extremely well as he stands currently with a 0.38 ERA with nine walks and thirty-two Ks in 23 innings pitched. If he continues to trend at an upward pace, it really should be time for him to get a promotion to Double A Akron in due time. For those reasons, he gets the defensive award this week not allowing any runs in two innings pitched for the first game of that twin bill on the first of June.

Nolan Jones had a homer in two consecutive games for Lynchburg increasing his total to four on the season. The third baseman has forty nine hits in 162 plate appearances thus far with twenty-seven RBI. His K-BB ratio currently stands at 44:43, also with four stolen bases but was caught stealing three times as well. Batting average wise, Jones is hitting .302  with a .448 on base percentage which leads the club. That includes a grand slam versus the Keys  for his fourth home run in the last eleven games. What has been an inconsistent offense for the Hillcats so far in 2019, Jones is one of the few batters that have provided a means of scoring runs whether it be power with home runs or just contact baseball but still bringing guys home at a consistent level.