Russell Wilson plans to play in NFL until he's 45 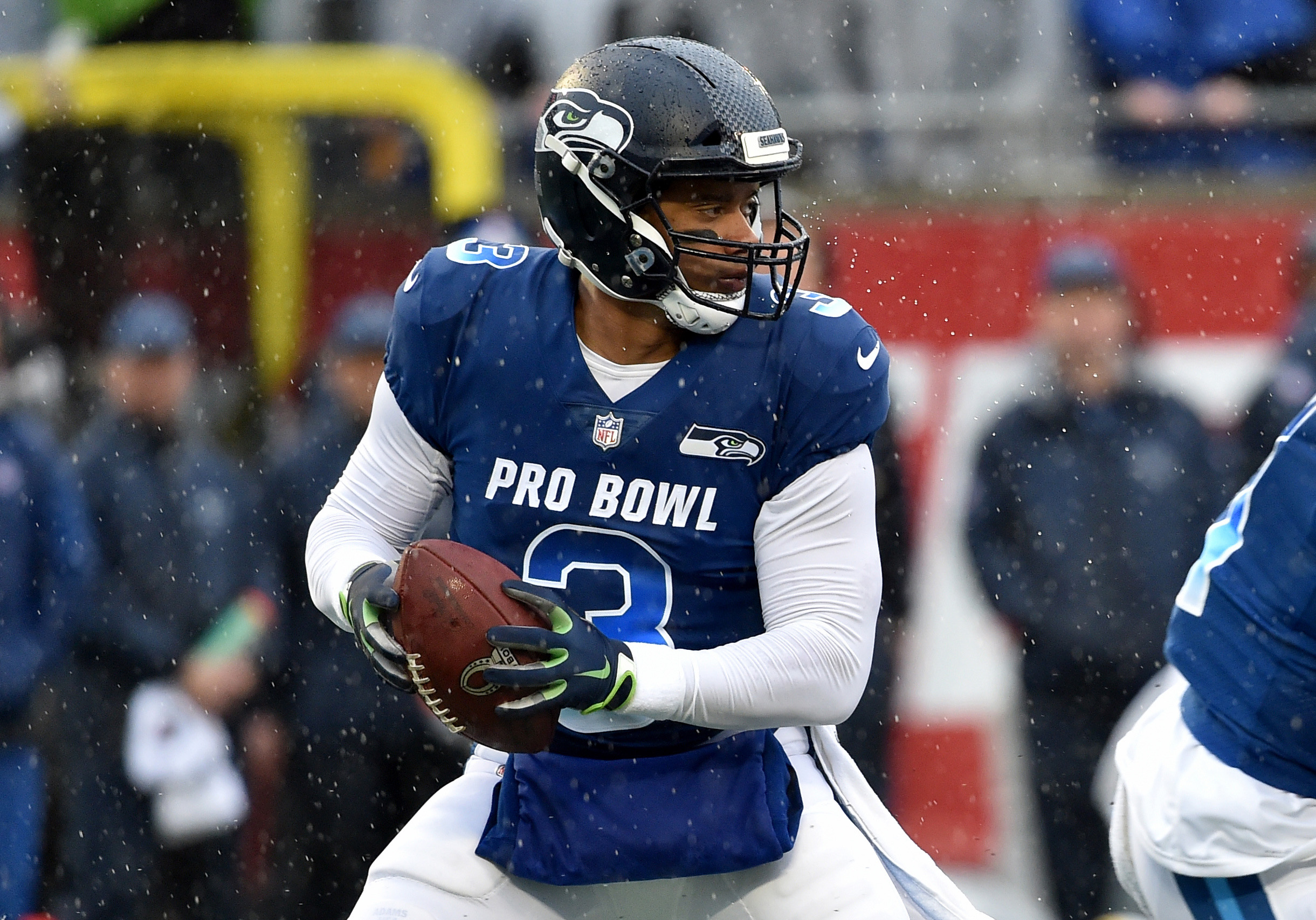 Russell Wilson plans to play in NFL until he's 45

Seahawks quarterback Russell Wilson has already won a Super Bowl, but that doesn’t necessarily mean his will to win has waned. In fact, it appears he’s just as hungry as he’s always been, and he apparently wants to play for another 15 years.

Wilson turned 30 last November, and given the lack of weapons around him and the team’s patchwork offensive line, it’s fair to say he had one of the best seasons of his career. He completed 65 percent of his passes, and finished the season with 3,448 yards — with a 35:7 touchdown-to-interception ratio to boot. That was good for a 110.9 quarterback rating — the best of his career.

He’s attempting to roll that momentum into this season, and recently revealed he plans to play until he’s 45, in an interview with Mike Silver of NFL.com.

“Seven years has gone by so fast,” Wilson said. “You think about just turning 30 years and what I have for the rest of my career — for the next 10-15 years — I’m just fired up about it. You think about some of the best quarterbacks of all time, guys like Drew (Brees), guys like Tom (Brady), who (are playing into their 40s). I really look up to those guys. There’s so much more to do.”

Notice that Wilson didn’t mention anything about the Seahawks there, which we find a bit interesting. It’s not like he said he plans to play in Seattle for the entirety of his career.