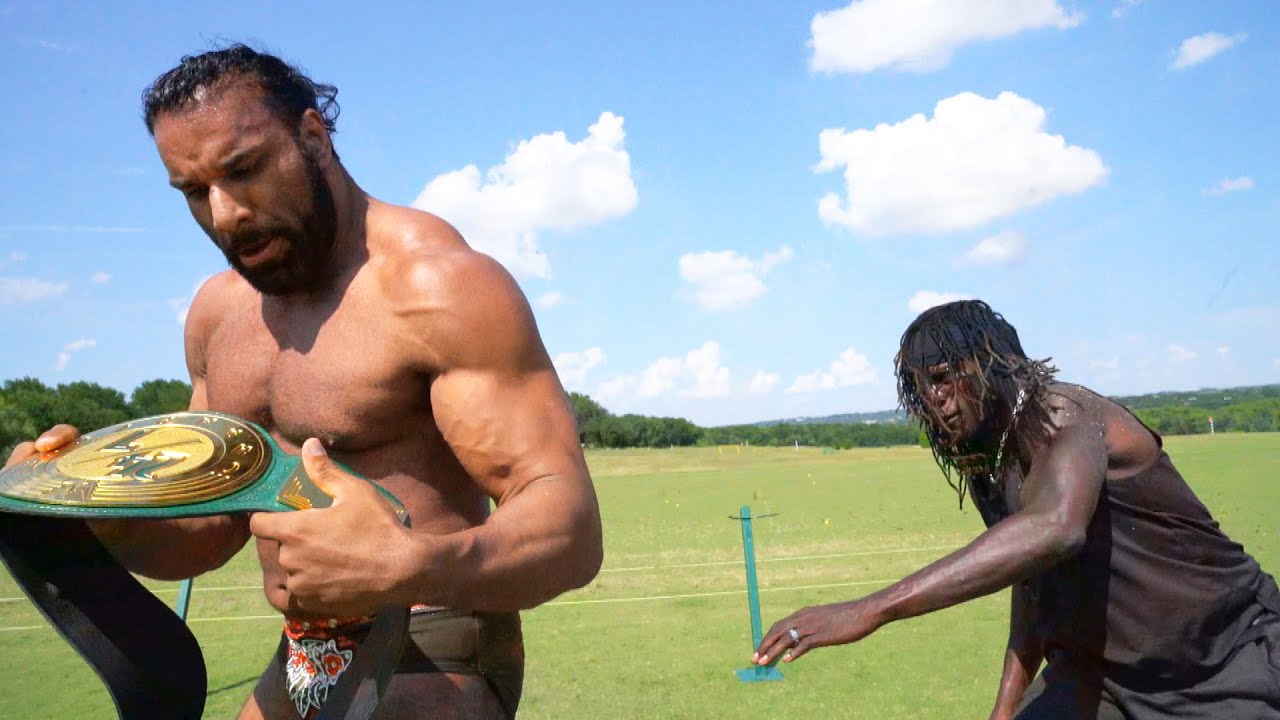 Since the WWE 24/7 Championship was first introduced by WWE Hall Of Famer Mick Foley, multiple champions have been crowned including the likes of Titus O’ Neal, Bobby Roode, R-Truth and Elias.

R-Truth has become the major focus of the championship as he has tried avoiding the rest of the WWE locker room in order to remain as WWE 24/7 Champion. Even on social media Superstars such as Matt Hardy and Drake Maverick have been seen trying to find R-Truth to sneak up on him to win the 24/7 title.

One Superstar was lucky enough to get one on R-Truth at a golf course to take the championship. That Superstar’s name was Jinder Mahal.

R-Truth was taking a relaxing day off with Carmella until Jinder Mahal came out of no where along with a WWE referee, attacked R-Truth from behind and rolled him up for the pinfall crowning him the new WWE 24/7 Champion.

However, Carmella distracted Jinder causing R-Truth to sneak up behind Jinder and roll him up for the pinfall to win back the WWE 24/7 Championship. R-Truth nailed Jinder with a right hand afterwards and then drove away in the golf cart with Carmella and escaping with the title.

The WWE 24/7 Championship has been an interesting way to give talent TV time on both Raw and SmackDown Live as well as the ability to be creative off TV by recording their chase for the title on social media outlets such as Twitter and Instagram. R-Truth has become the main focal point of these segments and has provided entertaining segments with the championship as well.

So far the idea has fans somewhat interested and engaged in these segments and gave the product a little bit of unpredictability along with it. Only time will tell what other segments the WWE will provide with these segments and who will be hunting R-Truth next for the title.