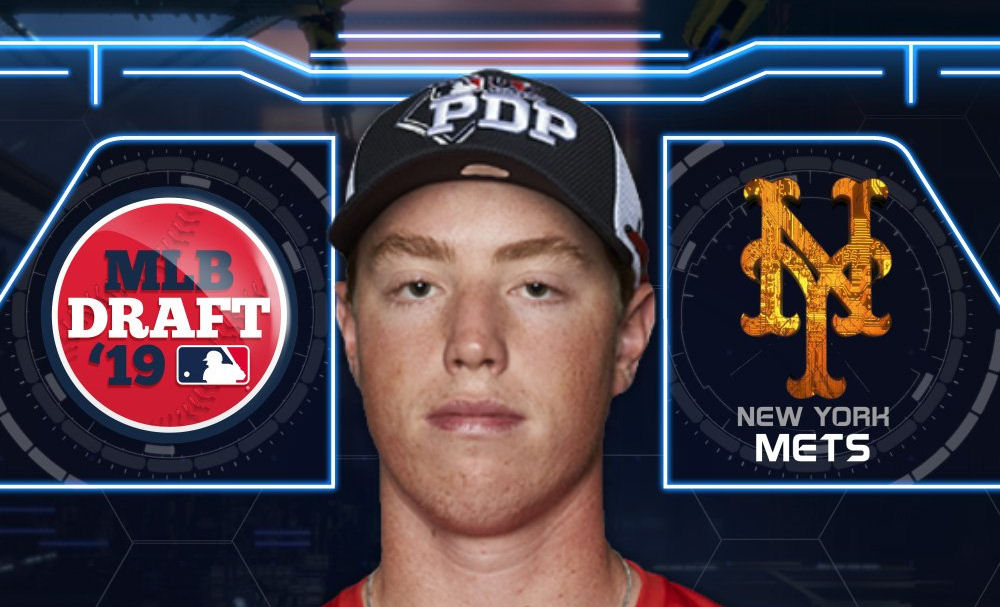 The MLB Draft kicked off on Monday night, and the Mets chose an older high school player by the name of Brett Baty. Baty is a third baseman out of Lake Travis high school in Texas.

Rather than pretend I know what I’m talking about when it comes to a Texas high schooler who I’ve never seen play, let’s get the scoop from people who know, shall we?

The @Mets select 3B @baty_brett with the 12th pick in the #MLBDraft! pic.twitter.com/XhZV4vmCsH

We've been high on Brett Baty a while. Big time bat. Easy power to all fields. He's hitting over .600 this year with 19 bombs. Playing for a state title this weekend. #mlbdraft #Mets

12. Mets: Brett Baty, 3b, TX HS. Chance to stick at 3B long term, LH bat with high-end hit tool projection to go along with at-least plus raw pop. Advanced age was a concern for some teams, one of the top offensive upsides in the class overall.

Here is where Austin prep 3B Brett Baty ranked among all high school players in the 2019 draft class on @BaseballAmerica best tools balloting:

Unsolicited got texts from 2 involved in draft from other teams who love #Mets pick of Brett Baty. Both lauded advanced LH power. Neither concerned he is older for high school pick.

"Probably the best swing in the draft."

The Mets foresee no issues signing their first-round pick, third baseman Brett Baty, who is committed to the University of Texas. Slot value for the pick is $4.37 million.

He’s hoping he doesn’t get traded for Jay Bruce in three years.