How To Cool Off Between Games 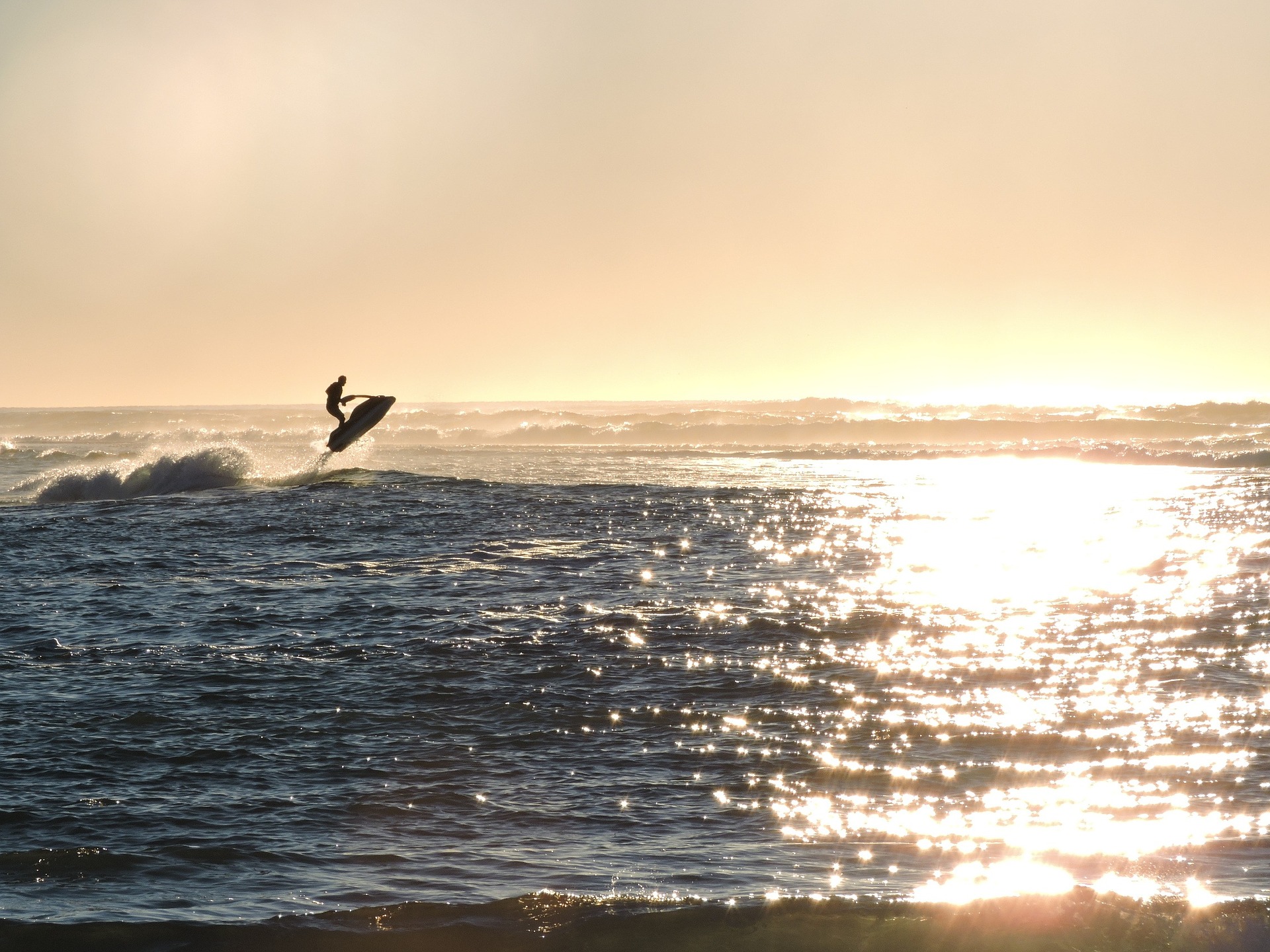 How To Cool Off Between Games

Do you get hot under the collar when the umpire makes a bad call? Sure, who doesn’t? Does it frustrate you when your team makes some really dumb mistakes that cost them the game, or the whole season? Well . . . yeah. Their job is to win games, not make stupid mistakes.

But do you stay mad, for days and weeks afterward? That’s a different story. When the game is over, it’s over. It’s time to get on with the rest of your life. If you can’t, then you need something to take your mind off the game. Miley Cyrus’ secret to coping with a bad day is to stay in bed and eat ice cream. That’s fine for a spoiled rock star, but you’re a normal-type person. You need something with a little more punch to it to take your mind off things. You need some excitement.

Nothing says excitement better than hurtling across the waves on a jet ski, feeling like Tom Cruise in his MiG, going Mach 3 with your hair on fire. There’s a raw honesty in the contest of man and machine against nature that Khloe Kardashian with her fake Instagram photos would never understand.

You can’t stay mad about a game when you’re concentrating on staying upright while you’re bouncing across the waves. Lose your focus even for a split second while you’re doing that and you’ll learn more than you wanted to about the “agony of defeat.”

If you’re going to take out a jet ski, there are some gadgets, clothes, accessories, and tips you just need to have. They’ll help you get the most out of your ride and put some spring in your step too. Let’s take a look at what Jetskitips.com has to offer in that vein.

Maybe you’re just going out zooming around in big circles so you don’t need a GPS. You’re not going to get lost or anything. How could you? But it happens easier than you might think. You forget about the game and start enjoying yourself. You decide to see what is “over there” or “behind that” and before you know it, you’re lost.

A strong, handheld, waterproof GPS unit is a lifesaver in that situation. Sometimes, literally. Mostly it just saves you some embarrassment and ribbing from your friends. Either way, it’s a handy little device to have around.

You can’t ride the jet ski all day, you know. You have to stop and eat or use the bathroom ever so often. While you’re doing that, you don’t want your jet ski drifting off with the tide. Maybe you ran it up on the beach but a big wave could come in, lift it off the sand and before you know it, your baby is several hundred yards out. You can swim out and retrieve it but who wants the hassle?

There are a lot of different anchors for jet skis. Most of them are easy to use and will keep it securely in place while you attend to other needs. Get one and use it. You’ll be glad you did.

Unless you like stubbing your toes, riding a jet ski barefoot isn’t the best idea in the world. There are plenty of shoes and boots in marine stores that are specifically made for riding jet skis. They dry quickly, give you good traction on the runner boards, and protect you from cuts and scrapes. As already mentioned, they will also protect your toes when the jet ski starts bouncing around and you jam your foot against something.

Life jackets are a no-brainer. If you ride a jet ski without a life jacket you’re just begging for trouble. The faster you’re going the harder that water is going to be if you fall off and slam into it. You can get the wind knocked out of you or worse. While you’re disoriented you won’t be able to swim and a life jacket will save your life.

The sun is hot but even in the summer, the water can still be cold. When you’re whipping across it the spray will freeze you to the bone if you don’t have some protection. A wet suit is that protection.

When you need to shake off a bad game and get it out of your system, there’s no better way than on a jet ski. Stay safe and have fun!