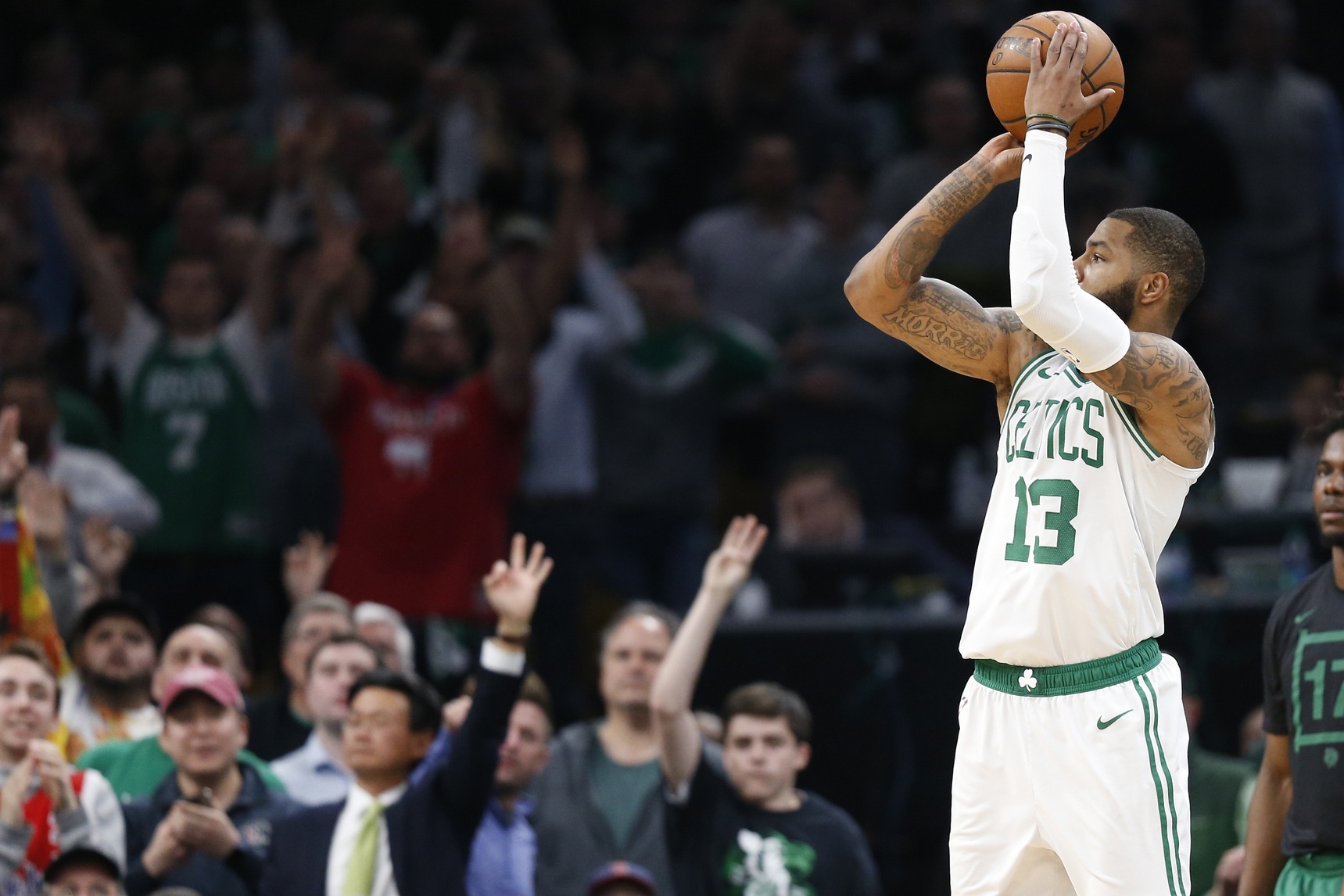 Via The Athletic’s Shams Charania:

Celtics free agent Marcus Morris will have strong interest as a second-tier free agent, with teams such as the Knicks, Kings, Lakers, Clippers and Bulls expected to be in pursuit, league sources said. Morris, 29, had arguably his best all-around season, averaging 13.9 points, 6.1 rebounds and 1.5 assists per game and serving as a versatile scorer and defender either as a starter or reserve. League sources say Morris remains open-minded about returning to Boston, which wants to bring Morris back but has several summer priorities such as Kyrie Irving.

Morris had a feast-or-famine season. He was absolutely white-hot from October through December, average in January, frigid in February, mediocre in March and pretty damn good in the playoffs.

I assume Morris will seek a 3-year contract worth about $45 million and the Celtics would like to have him for about $12 million per.

Shams also reports the Pelicans have started listening to offers (again) for Anthony Davis and that league executives believe the Lakers, Knicks, Celtics, and Nets will make the most competitive offers.