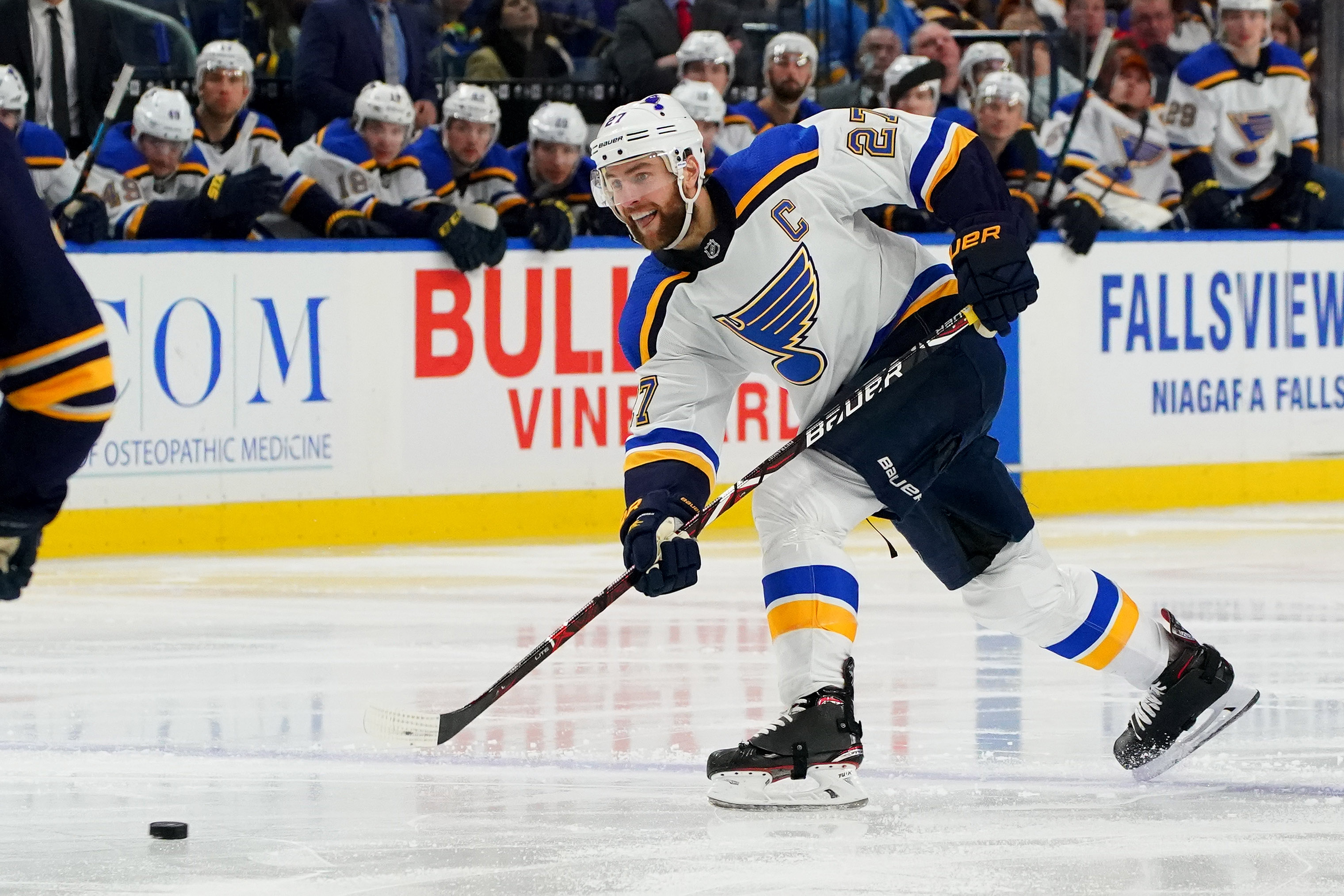 A major reason why the St. Louis Blues are in the 2019 Stanley Cup Finals has been because of the overall exceptional play of their captain, Alex Pietrangelo. The Canadian Olympic gold medalist from the 2014 Olympic Winter Games in Sochi is known as one of the most intimidating defensemen in the entire National Hockey League, but during the 2019 Stanley Cup Playoffs, has provided offensive skill as well.

In game four of the Stanley Cup Finals on Monday, a 4-2 Blues win over the Boston Bruins in St. Louis which evened the best out of seven series at two games apiece, Pietrangelo notched two primary assists. The first helper was on a goal by sniper Vladimir Tarasenko at 15:30 of the first period which put the Blues up 2-1 and the second assist was on the game winning goal by Ryan O’Reilly at 10:38 of the third period, which put the Blues up 3-2.

From a defense perspective in game four, Pietrangelo co-led the Blues in takeaways with three (tied with St. Louis native Patrick Maroon). Overall, in 23 playoff games, Pietrangelo has two goals and 13 assists for 15 points, is a +3, four power play points, 12 penalty minutes, 68 shots on goal, 42 blocked shots, 21 hits, 18 takeaways and 20 giveaways in an average of 25 minutes and 38 seconds of ice time per game.

One could also make a lot of comparisons between Pietrangelo and former National Hockey League star Scott Niedermayer, who was one of the most intimidating blueliners a decade ago while with the New Jersey Devils and Anaheim Ducks. It should be pointed that both players have the same number of 27.

Niedermayer and Pietrangelo won at many levels for Canada on the international stage. They each have an Olympic gold medal (Niedermayer has two), World Cup gold medal and World Junior Hockey Championship gold medal.

Where Niedermayer has the edge on Pietrangelo is his NHL accolades. Niedermayer, who retired in 2010, was a four-time Stanley Cup champion, 2004 Norris Trophy Winner and 2007 Conn Smythe Trophy winner.

If Pietrangelo continues to put up the point production, deliver a valuable leadership presence and make things miserable for the Bruins elite players, he could be in the conversation as a Conn Smythe Trophy winner if the Blues happen to win their first Stanley Cup Final in franchise history. Only one defenseman has won the Conn Smythe Trophy since Niedermayer in 2007 with the Ducks and that was Duncan Keith of the Chicago Blackhawks in 2015.