Andre Iguodala - The Most Important Signing in Warriors History? 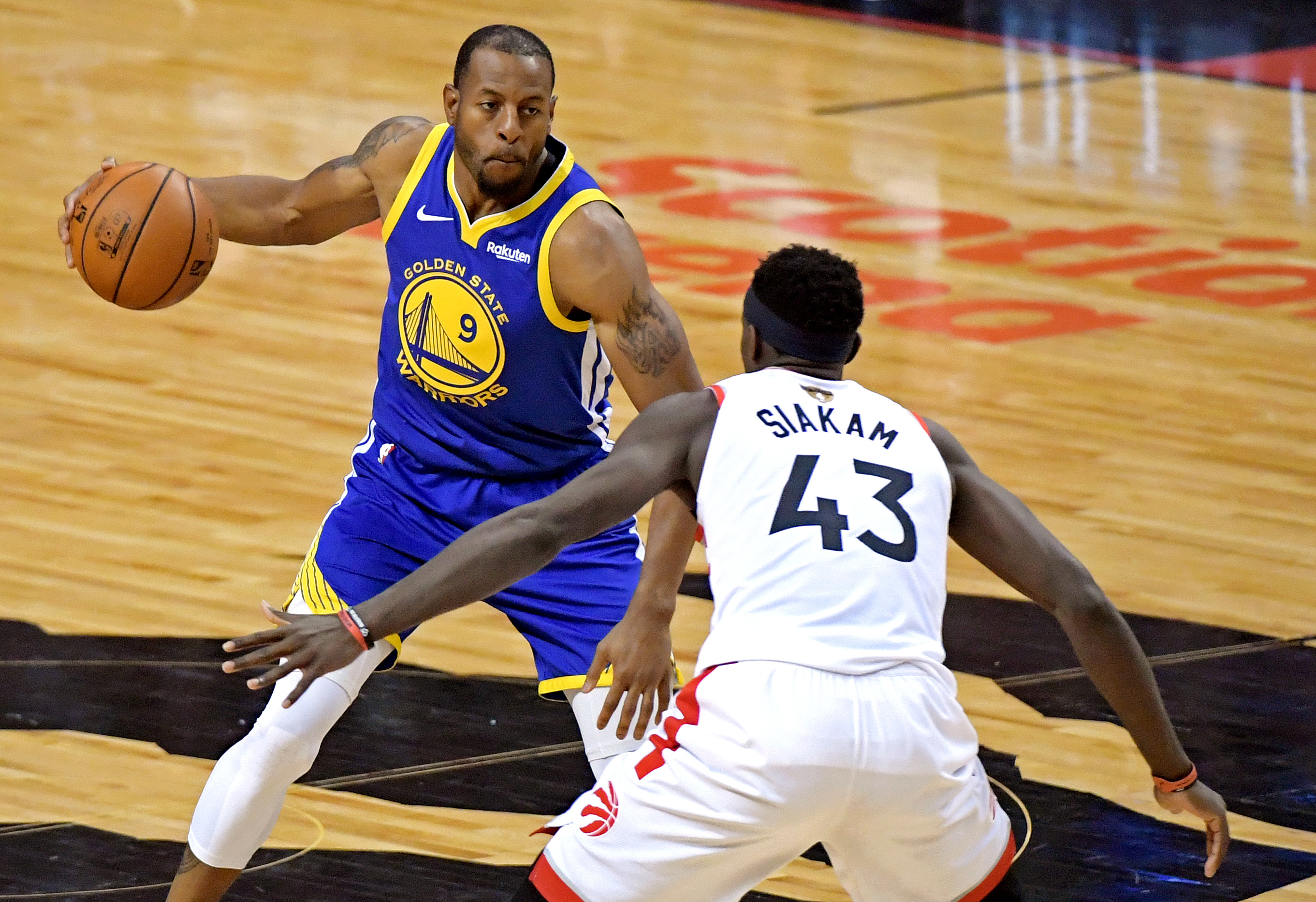 Andre Iguodala - The Most Important Signing in Warriors History?

When an eventual documentary on the Warriors gets made, there will be discussions on a number of topics. From the players they drafted (Steph Curry, Klay Thompson and Draymond Green) to the talent they picked up (Kevin Durant and DeMarcus Cousins), there are many people to thank.

One player in particular who may deserve more praise than others is a man almost forgotten about. Signing former Philadelphia 76ers standout Andre Iguodala may have ended up being the best move during the franchises dynasty run.

With six seconds remaining in game two of the 2019 NBA Finals, Iggy nailed the last-second three to secure the game two comeback win for the Warriors. With Klay Thompson and Kevin Durant down, the 35-year-old once again came in the clutch. It got many to think: Just how valuable has Andre Iguodala been for the Warriors?

While his career 12.1 points, 6.1 rebounds and 4.4 assists don’t sound sexy to you, it is what he has been able to do on the court that reels you in. According to Basketball Reference, Iggy is fourth on the team in plus-minute per minute with +7.7. Scoring over 2,996 points as a Warrior, Andre has helped lead the Warriors to the current dynasty they are in today.

Since winning the NBA Finals in 2015, Iguodala is a career 35% three-point shooter in the playoffs. He is also fourth on the team in Playoff Win Shares from 2015-now. With 8.1, he leads Klay Thompson, one of the premier members of the Splash Brothers.

Another aspect of Iguodala’s game that deserves praise is his skills as a teammate. Hurt or not, Iguodala is a team player through and through. Listen to him defending Steph Curry to the media.

"I like Steph. He’s a good dude. … I’m trying to do whatever it takes to protect his legacy. I’m all for it."

–Andre Iguodala on what motivates him to play hurt pic.twitter.com/ncwfVr3Df6

Let us also not forget about his defense. Keep in mind that Iguodala has guarded some of the best shooters in the league during the playoffs. A Murderers’ Row of James Harden, Damian Lillard and Kawhi Leonard have made Iggy busy. While they scored many points, one has to wonder what would have happened if Iguodala didn’t cover them throughout the playoffs.

A prime example of his defensive capability was during the 2014-2015 Finals. Iguodala averaged 16.3 points, four assists and 5.8 rebounds. He held LeBron James to only making 38.1% of his shots. Without Iguodala guarding him he shot 44%. As a result, Andre won the Finals MVP.

Seeing how accepted he is of his role with the Warriors, there is no doubt that Andre Iguodala is as valuable as any top talent today. Without him, it is unknown where the Warriors would be today. Now, with plenty of supporting characters out, Iggy’s value is at his highest.

How will he respond to the call?