ASHBURN, Va — The Redskins participated in their 2nd of 3 days for mandatory minicamp on an overcast day. The defense continues to look ahead of schedule compared to the offense and of course all the talk centered around the absence of LT Trent Williams.

This is what I saw and heard:

On his response to OL Trent Williams not wanting to play for the Washington Redskins:

On if he has had any indication that Williams does not want to be on the team anymore:

“I haven’t spoken to him in that context, no.”

On if he expects Williams to return:

On when he was informed that Williams was not attending veteran minicamp:

On if that was the first time the issues were brought to his attention:

On the decision to move minicamp before the last week of OTAs:

“Well, usually the last day of mandatory minicamp you give them [the players] off or you do something kind of fun. I wanted to make sure I got three good days. Especially, with a lot of the young players that we have here and first-year players, I want to get a full three days of work in. The last week, we’ll still get a couple of good days, probably won’t be as full as it would be this week.” 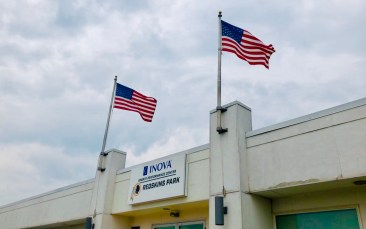 On inside linebackers coach Rob Ryan:

“He’s great. He has been unbelievable. Anytime you add a former coordinator, a guy with his amount of experience to your staff, it is really beneficial to everybody, not just his players but the entire defense and Coach [Greg] Manusky. These guys work very well together. He knows his role. He understands his role and he relishes his role. He wants to be here, he wants to help the linebacker room, but he also has an idea of the big picture as well. Front, coverage, all that. He’s been great. Has a great personality, players respond well to him. [He’s] doing a great job.” 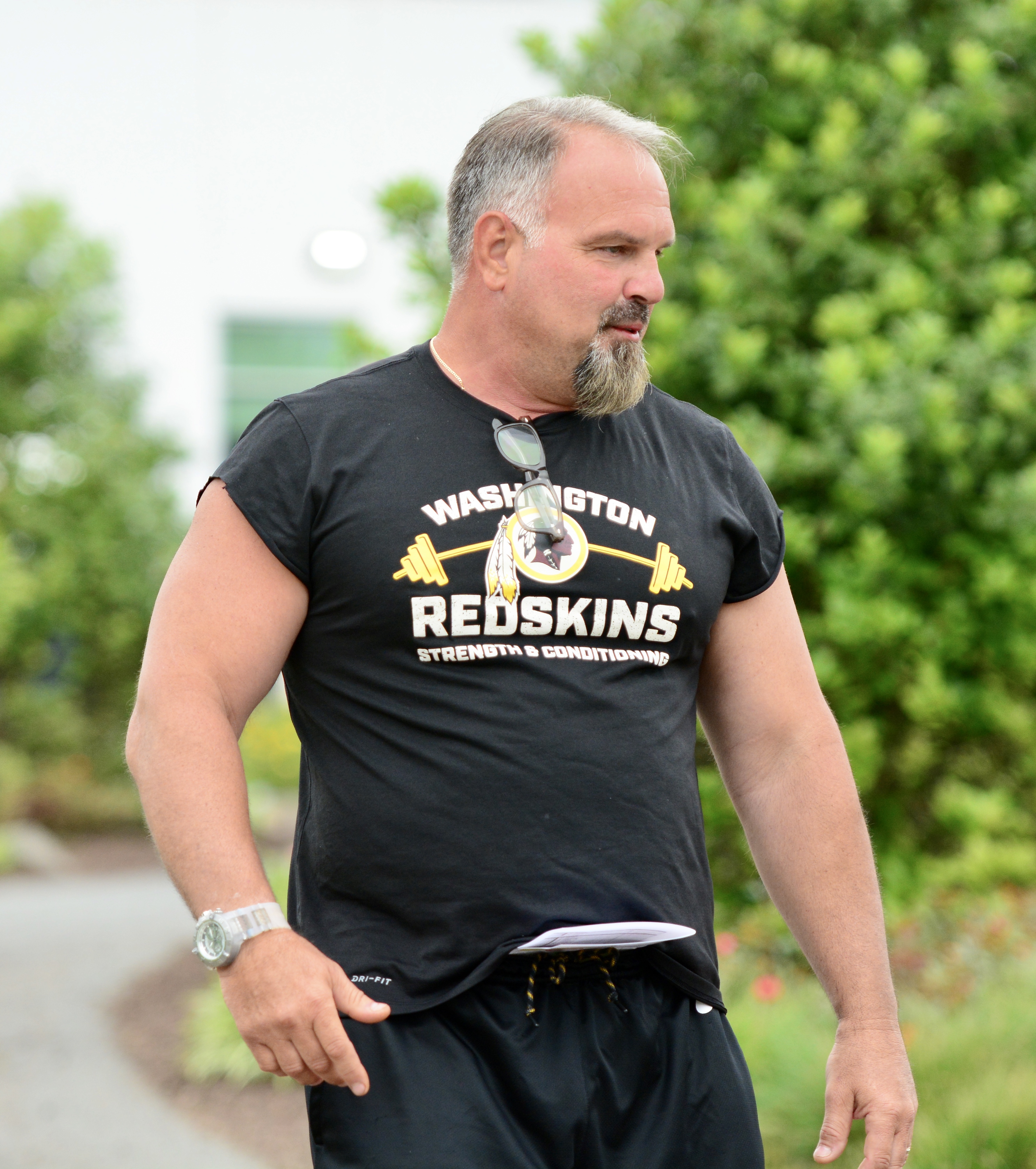 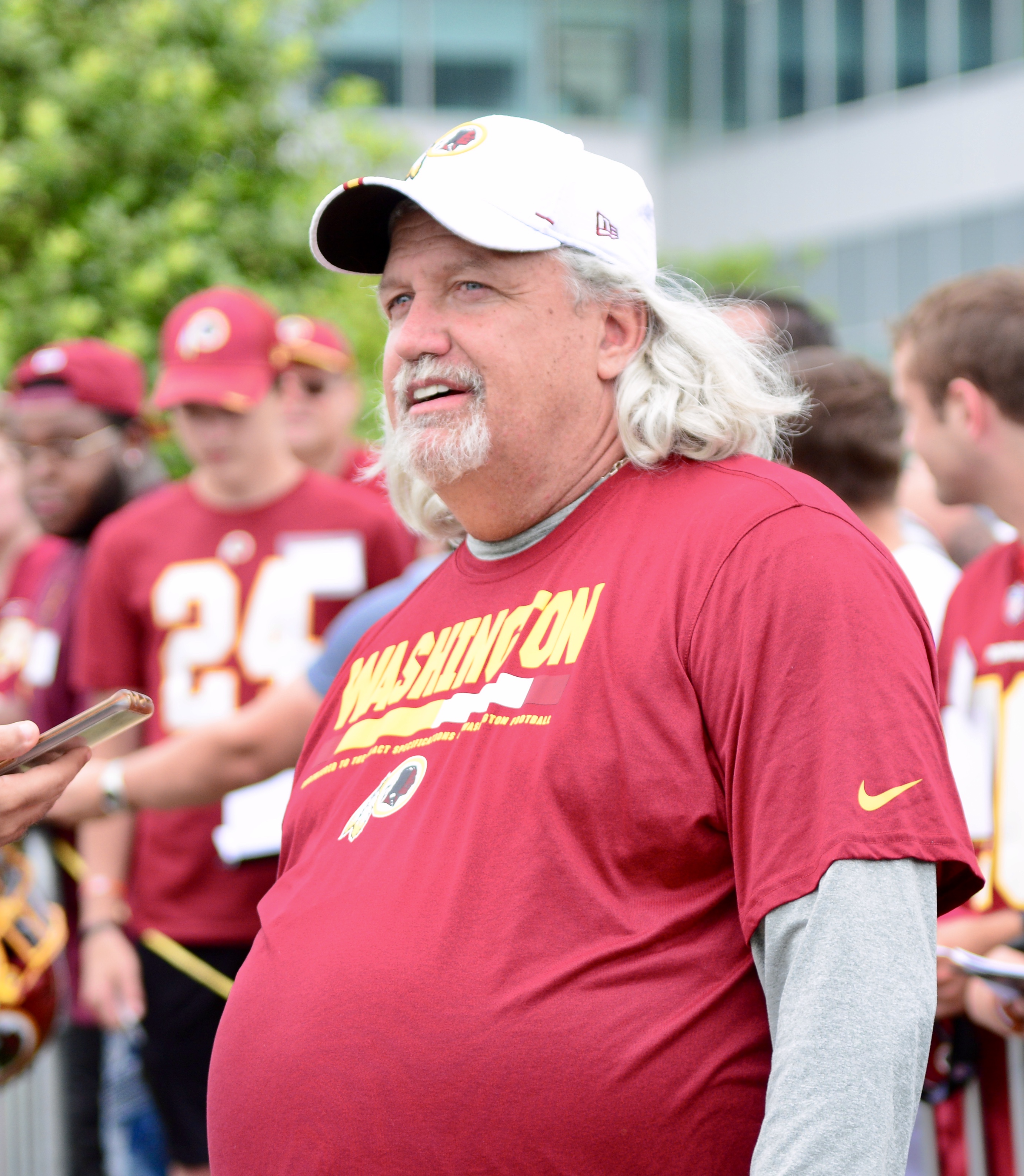 “We have great expectations for him and the entire receiving group, really. Trey’s done an excellent job, you know. He’s come in here and stepped to the head of the class as far as his position’s concerned and done a great job. He understands raw concepts, he’s physical, he’s got strong hands, he can separate and he can block. He’s also a punt returner for us, so he’s a valuable member of our time right now. We just have to make sure we keep him healthy and continue to monitor him on a daily basis. But, that slot position is critical for us. You know, what WR [Jamison] Crowder (NY Jets) did for us the last few years, and obviously TE Jordan Reed on the inside. Those inside players are critical to our offense.” 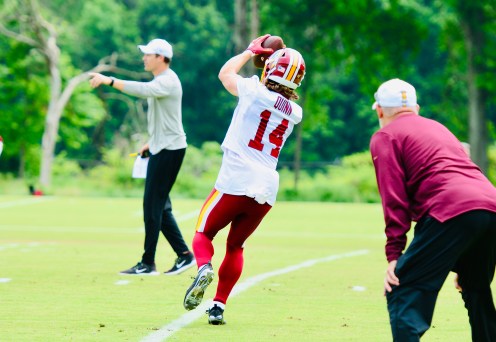 On Quinn’s particular skillset the makes him an ideal punt returner:

“Well, he catches it, that’s one [laughter]. We’ve had trouble with that, so if you can catch it you’re probably our punt returner. So, right now Trey is the only one who could catch it. But, he’s also got no fear. You’ve got to be able to be tough back there because guys are coming at you at all angles. He’s got enough quickness to separate. He’s got no fear. He makes quick, sound decisions and he can catch it.”

On having a focused and dedicated defensive line:

“It’s an unbelievable group. On and off the field, you can’t ask for a better group of men. It’s led by a great coach [Jim Tomsula] obviously. I think, not to take anything away from Jim Tomsula, but I think anybody in here could coach that group [laughter]. He’s a great coach, but these guys are great people, great players. They demand a lot out of one another. They demand a lot about their teammates, and that’s what you look for when you draft young players. You want them to come out here and dominate their craft. But also, set great examples and set the tone for the defense. DL [Daron] Payne and DL [Jonathan] Allen and DL [Matt] Ioannidis, they brought DL Caleb Brantley along and he’s done a great job. DL [Tim] Settle coming on last year, the way he’s come on. Those five guys have been outstanding. And then you’ve got some young guys that we’re looking at right now that have been very impressive. So, they just follow suit. It’s the effort, the tenacity they play with, the accountability that they demand of each other. It’s everything that you want in a player both physically and, obviously, mentally and leadership-wise.” 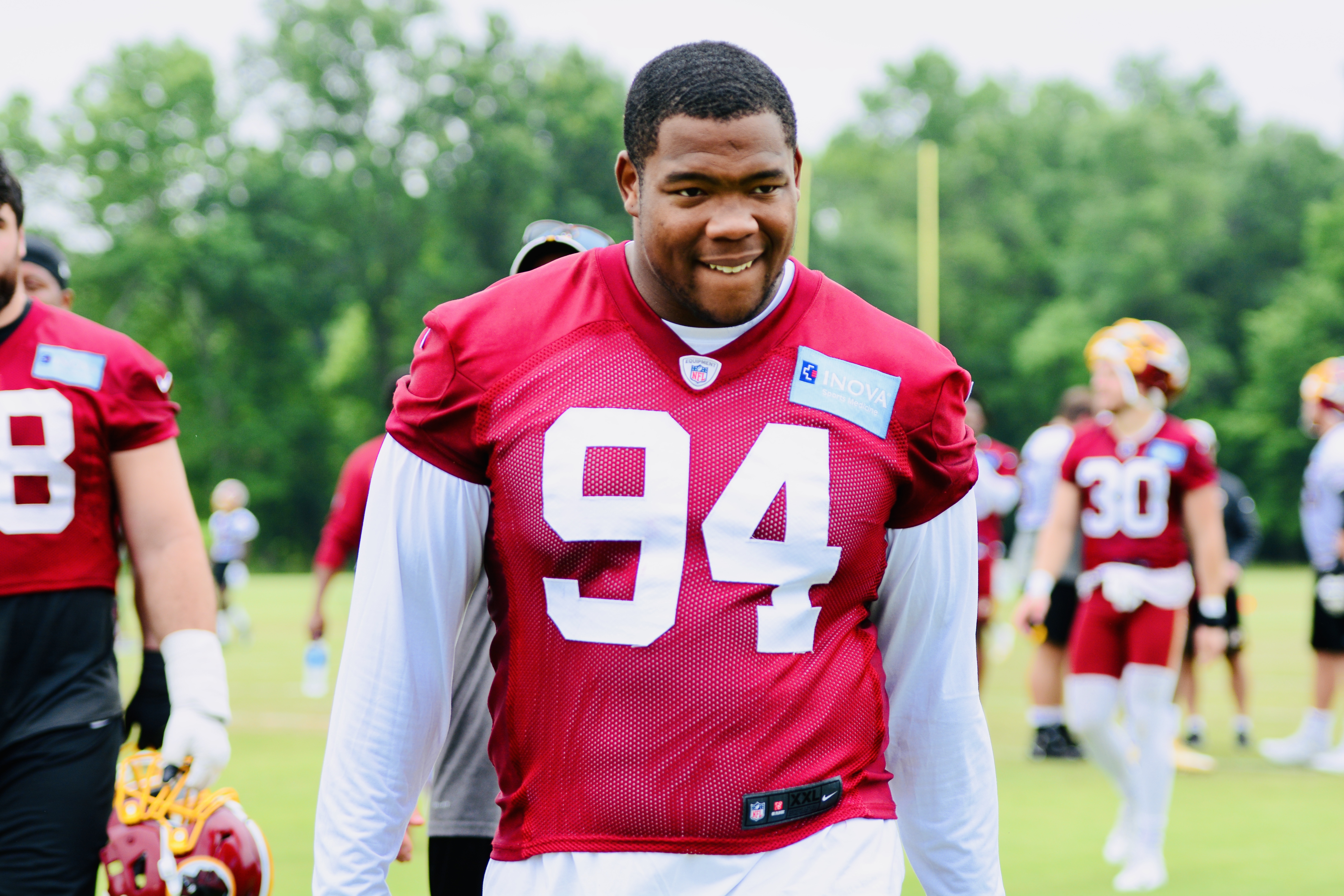 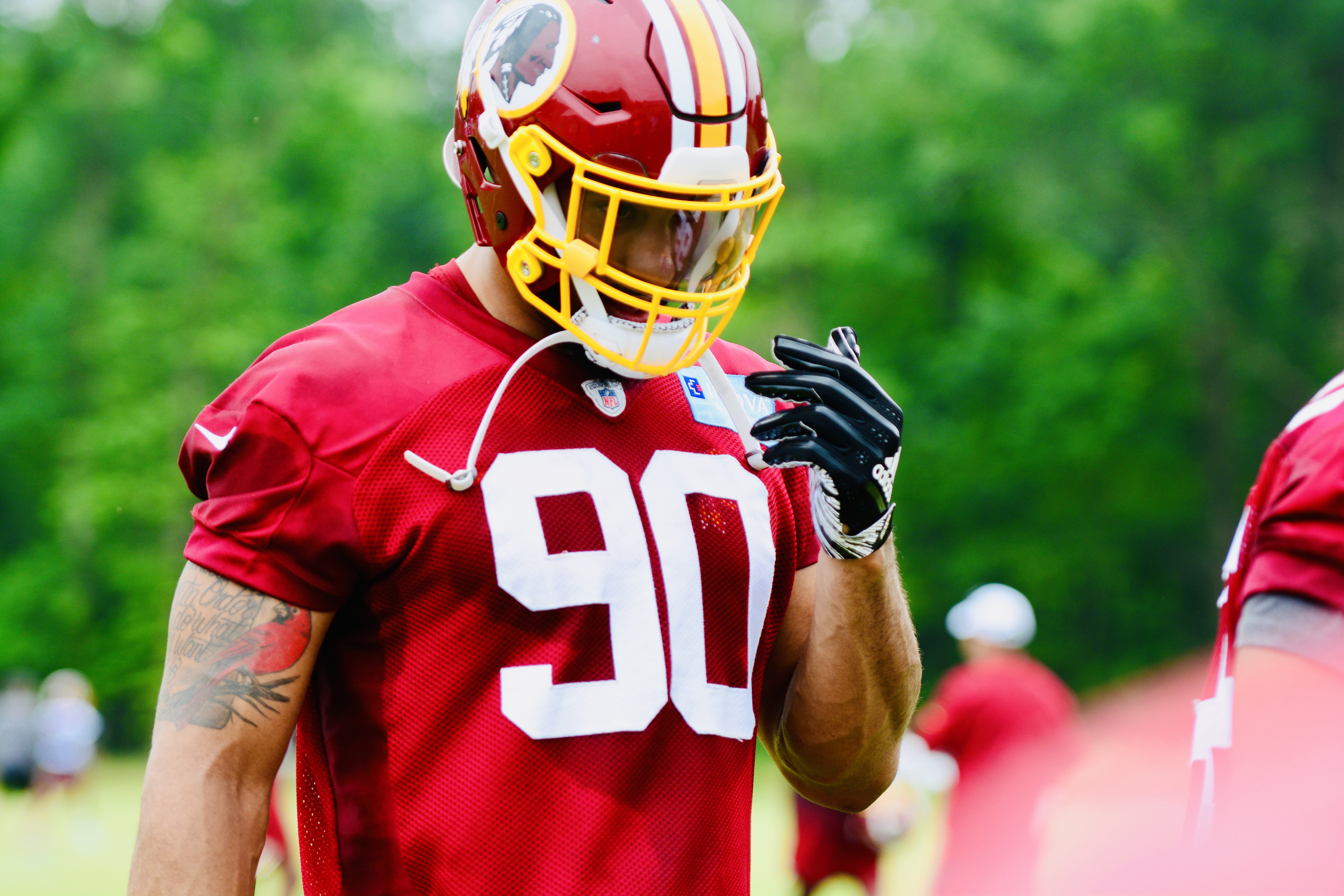 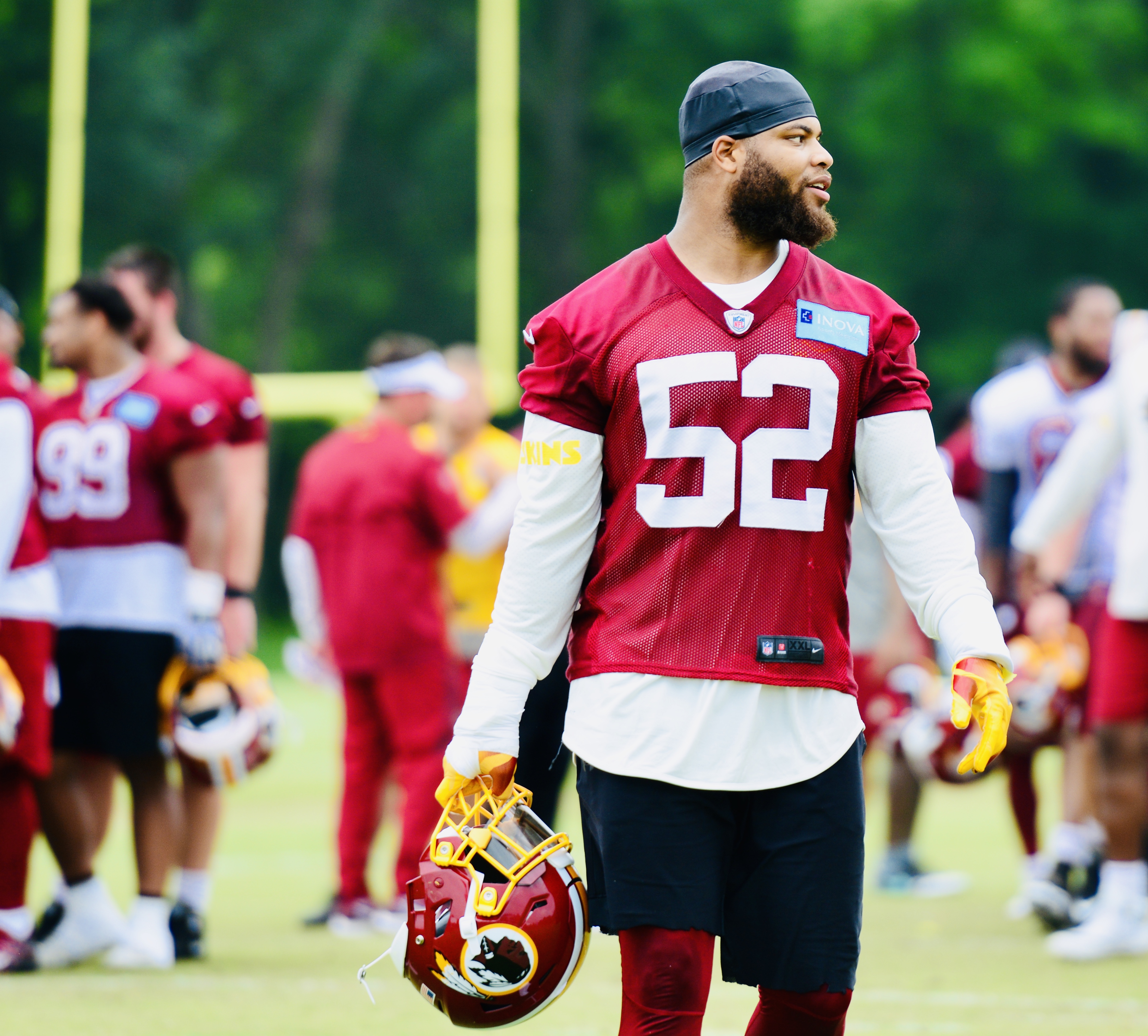