D-Day perspective for an Eagles fan... 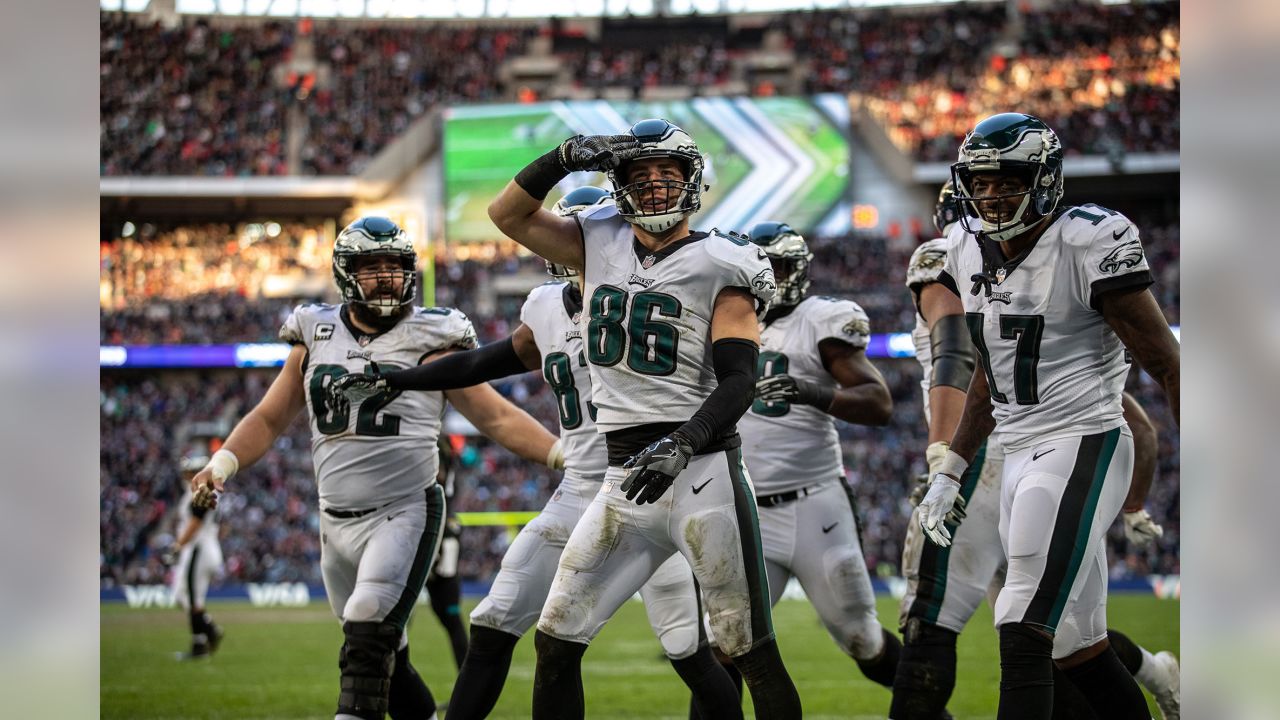 D-Day perspective for an Eagles fan...

Sometimes it’s good to remember how many drastic sacrifices were made by professional athletes in the 2nd World War, a different time from now for sure but an era which foundationed most of the growth and freedoms the NFL and Eagles players enjoy today.

On December 7, 1941, 27,000 fans watched the Washington Redskins cruise to a 20-14 victory over the Philadelphia Eagles at Griffith Stadium. During the game, the loudspeakers announced that various government and military officials in attendance needed to report to work. Players and fans were blissfully unaware, for the moment, that Pearl Harbor had been attacked and the nation was now at war.

Within weeks most of the Eagles and Redskins players in that game were drafted or volunteered to serve in the active military.

Nearly 1,000 athletes of the National Football League would soon join the ranks of 16 million Americans serving in the Armed Forces during World War II. In fact, the NFL was so depleted by the war that teams had to merge (the “Steagles”) or were scrapped altogether, and the league almost ceased to exist. 21 players ended up losing their lives, and many sacrificed valuable playing time to the service.

World War II claimed the lives of 23 NFL men – 21 active or former players, an ex-head coach, and a team executive. Among those 23 brave NFL men, there were three who were in the Philadelphia Eagles organization, two players, and one executive:

The death of Basca was the most emotionally upsetting to Eagles fans at the time, and the tragedy most closely associated with D-Day. Basca served as a tank commander in Gen. George S. Patton’s Third Army. Landing on Utah Beach and fighting his way across France, his tank was hit by a German 88mm shell near Obreck, France, immediately killing Basca.

Meanwhile a future Eagle delayed his professional dreams to volunteer for one of the most dangerous assignments possible. Chuck “Concrete Charlie” Bednarik was a waist gunner for the Army Air Forces and flew 30 missions over Germany in a B-24.

EYE doubt many “kids” in the NFL today are even aware of everything which was on the line back in 1944, or of the bravery in combat which was almost routinely displayed by their NFL forefathers.

For example, Al Blozis, formerly an all-pro offensive tackle with the New York Giants, joined the Army after the 1943 season. Blozis was so large (6’6″) that the Army had to waive its size restrictions, and permits him to play three games during the 1944 season while he is on furlough. The former Georgetown track legend sets the Army grenade throwing record by launching one over 94 yards downrange before shipping overseas as a platoon leader. When two of his men fail to return from a scouting mission in France’s Vosges Mountains, Blozis sets out alone to recover them – and is never seen again. The Giants retire his number 32 and he is named to the 1940s All-Decade Team.

Capt. Maurice L. “Footsie” Britt played nine games as an end for the Detroit Lions before reporting for duty as a platoon leader in the 3rd Infantry Division. Britt saw extensive service in both the North African and European Theaters, participating in landings at Morocco, Sicily, and Salerno, and Anzio. While fighting in Italy in 1943, Britt led a handful of men, repelling a German attack on his company. Despite being outnumbered and seriously wounded, Britt wiped out an enemy machine gun crew, killing, wounding, and capturing several German soldiers – in addition to freeing captured US troops and saving his company from potentially being wiped out. For these actions, Britt was awarded the Medal of Honor.

After being named a consensus All-American as a right end for the University of Oklahoma, leading the Sooners to their first-ever bowl game in 1939, Walter R. “Waddy” Young is drafted by the NFL’s Brooklyn Dodgers. When war breaks out, Young leaves behind his professional career and enlists in the Army Air Forces, ultimately becoming a bomber pilot. Young racked up 9,000 combat hours flying his B-24 “Liberator” in Europe. Once the Nazis surrendered, Young transferred to the Pacific Theater and began flying the new B-29 “Superfortress” heavy bomber. After a raid on mainland Japan, a bomber in Waddy’s group was struck by a kamikaze fighter. Rather than leave the stricken crew to their fate, Waddy’s Wagon left formation and accompanied the damaged B-29 so they could relay the location to search and rescue crews where the bomber went down. Waddy and his crew were never heard from again.

25-year-old safety Trae Elston is back in Philadelphia after signing with the Eagles on Wednesday. To make room on the 90-player roster, linebacker B.J. Bello was waived. The 6-0, 203-pound Elston was in Training Camp with the Miami Dolphins last season but wasn’t on a team during the season. With Elston in tow, the Eagles have eight safeties on the roster. He is the fourth to join this offseason alone, along with Blake Countess, Godwin Igwebuike, and Andrew Sendejo.

You may remember Elston played seven special teams snaps in the  27-24 walk-off win over the Giants in Week 3 of 2017 (Jake Elliott’s 61-yard FG bomb) and contributed a tackle. He was waived the following week.