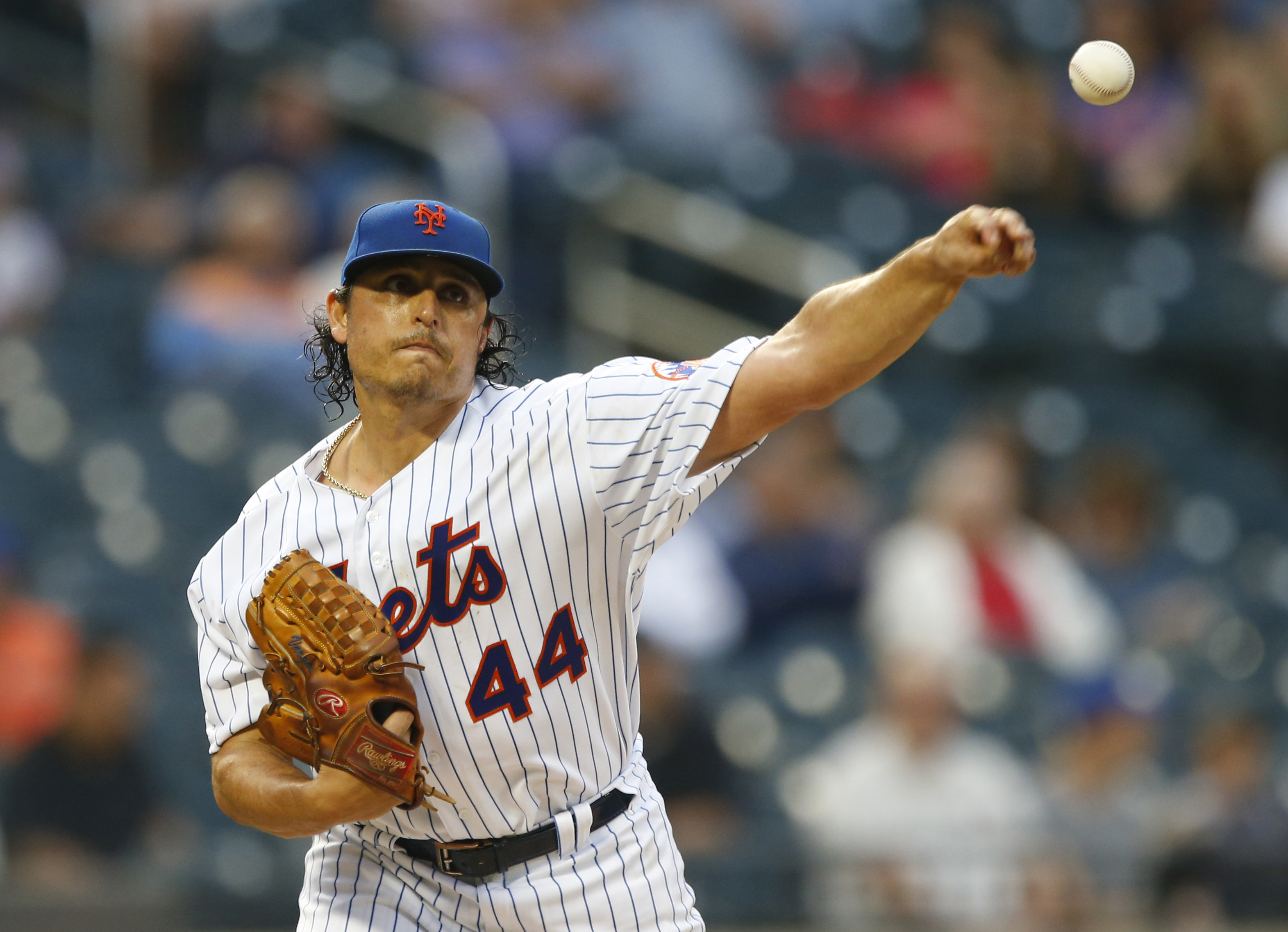 Back on April 13, Jason Vargas delivered one of the New York Mets’ worst performances of the season. Vargas was non-competitive in a road game against the Atlanta Braves, giving up four runs in one third of an inning, leading many fans to call for the Mets to sign Gio Gonzalez. The Mets opted not to take that course of action, with sources claiming they didn’t view the veteran lefty as much of an upgrade over Vargas, a statement that drew eye rolls at the time. Vargas, to his credit, has proven the Mets correct and has quietly gone on to have a very solid season.

Since April 19, Vargas has pitched to an ERA of 1.89, which is the third best in the National League over that span. Vargas lowered his ERA nearly a full run with his complete game shutout last night, bringing it down to a very respectable 3.57. That figure trails only Jacob deGrom among Mets’ starters, meaning in a sense that he has become the Mets’ second most dependable member of the rotation, a turn of fate almost no one would have seen coming.

One of the keys in Vargas’ turnaround appears to be an increased reliance on his changeup, which he used with great effect last night. Without an elite fastball, Vargas needs to locate his secondary pitches to be effective, with the changeup being the most important of those pitches. Vargas has also started to go deeper into games, pitching seven innings against the Los Angeles Dodgers last week prior to this shutout. Those innings are huge for a Mets’ bullpen that has been heavily taxed.

It’s fair to question whether or not Vargas’ success will continue, especially given his poor performance in 2018, but he did fare well against some tough offenses in the Dodgers and Milwaukee Brewers this year. The Mets currently have Vargas lined up to start against the New York Yankees on Monday, and while it may not seem like an ideal fit on paper Vargas has given the Mets no reason to alter their rotation. Of all the issues the Mets have had this season, Vargas hasn’t really been one of them outside of the first month of the year, which is a shocking development.