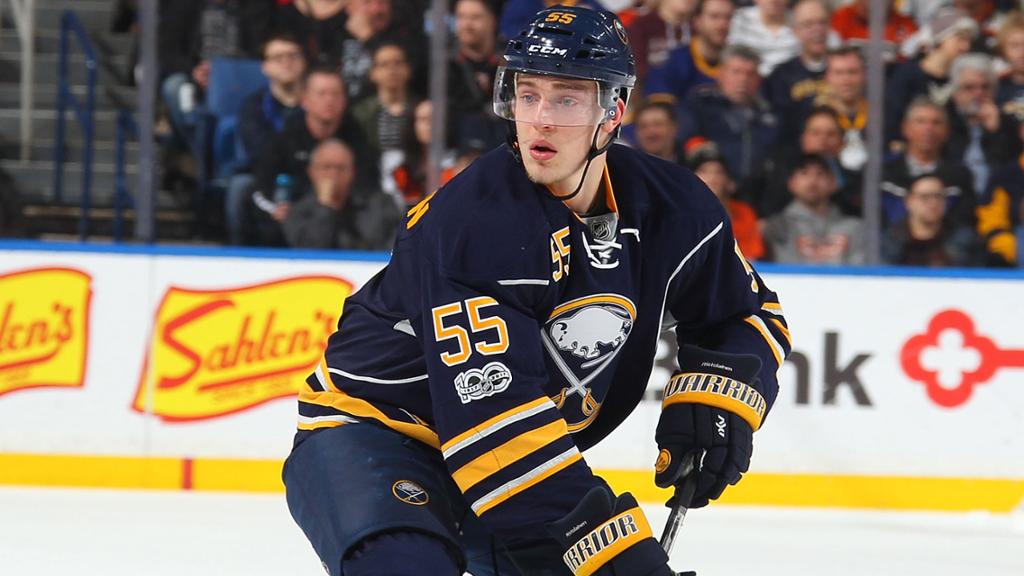 When a player gets connected to the Edmonton Oilers in rumors, they never quite go away. We are now officially in year number two of Buffalo Sabres D Rasmus Ristolainen being connected to Edmonton, with the smoke as thick as ever now.

The Sabres must take steps forward next season, and dangling Ristolainen for help elsewhere seems to be one of the cards people expect GM Jason Botterill to play. Although Ristolainen has struggled mightily at times in his young career, he’s a right-shot defender with powerplay ability and puck moving skills. That type of player will always be in demand.

Is there a connection between the Oil and Ristolainen? Would a trade for the Finnish rearguard make sense for Edmonton?

The Sabres made the same mistake that the Oilers have made for what seems like a decade now. They draft a solid young player high in the first round and then throw him to the wolves right away. Ristolainen, the eighth overall pick in 2013, immediately jumped to the NHL on a terrible Buffalo team.

Ristolainen struggled, splitting his first season between Buffalo and AHL Rochester. He became a full-time Sabre in 2014-15, drowning in a top-four role on a Buffalo team openly tanking for a shot at Connor McDavid.

Ristolainen never was developed properly. Buffalo threw him into the deep end and he developed some awful habits right off the bat. In a lot of ways, he reminds me of what Justin Schultz was when Edmonton finally gave up on him in the winter of 2016.

With Brandon Montour and Zach Bogosian already patrolling the right side of the defense, now seems like a good time to move the underachieving Ristolainen.

Ristolainen, for all of his faults at five-on-five, is strong on the powerplay. He scored only one goal on the man advantage last season, but added 16 assists for a combined 17 points while on the powerplay. Overall, Ristolainen finished the season with 5-38-43 in 78 games, the second highest offensive output of his career.

Unfortunately, that’s the majority of his strength. He can produce points at five-on-five, he had 26 this past season, but he’s a possession black-hole. Ristolainen, per hockey-reference, has never finished a season with a Corsi For or a Fenwick For percentage over 50%. No matter what, Ristolainen has been stuck in his own zone far more than he’s been attacking.

He posted a 47.8% CF% this past season to go along with a 48.1% FF%. Unfortunately, both of those were negative relative to his teammates. That too has been a common theme for Ristolainen during his career.

I question whether or not Ristolainen is a top-four defender in the NHL at this point. His possession numbers and expected goals against numbers are weak, and have been consistently so. That said, I think you can make a case for Ristolainen as a second-pairing defender. His PDO has been extremely low throughout his entire career, suggesting that bad luck has played at least some role here.

In Edmonton, I think he’d be the second RHD behind Adam Larsson and would immediately jump onto the top powerplay unit. I don’t think that is a role too far over the Finn’s head.

Ristolainen has three more seasons left on a contract that carries an AAV of $5,400,000. He’s an expensive ticket for a player that, quite frankly, has not lived up to the billing at this point in time. I wonder if Buffalo would be willing to eat some salary, considering they have just over $55 million committed to the roster next season.

In terms of trade assets, would the Sabres take a package based on futures? Could Jesse Puljujarvi be the main piece heading to Buffalo along with a salary dump (Kris Russell) and a pick/prospect? Buffalo likely isn’t going to break the bank here, and that might be best-case scenario on a return for them.

Ristolainen does fit Edmonton in a few ways. He’s a strong powerplay producer, can move the puck and is a buy-low candidate considering his low PDO. That said, he carries a big cap hit for the next three seasons and I wonder how much room for improvement there really is.

There are plenty of positives and negatives to acquiring this player. He’s risky, but could pay off in a big way for a team like Edmonton.