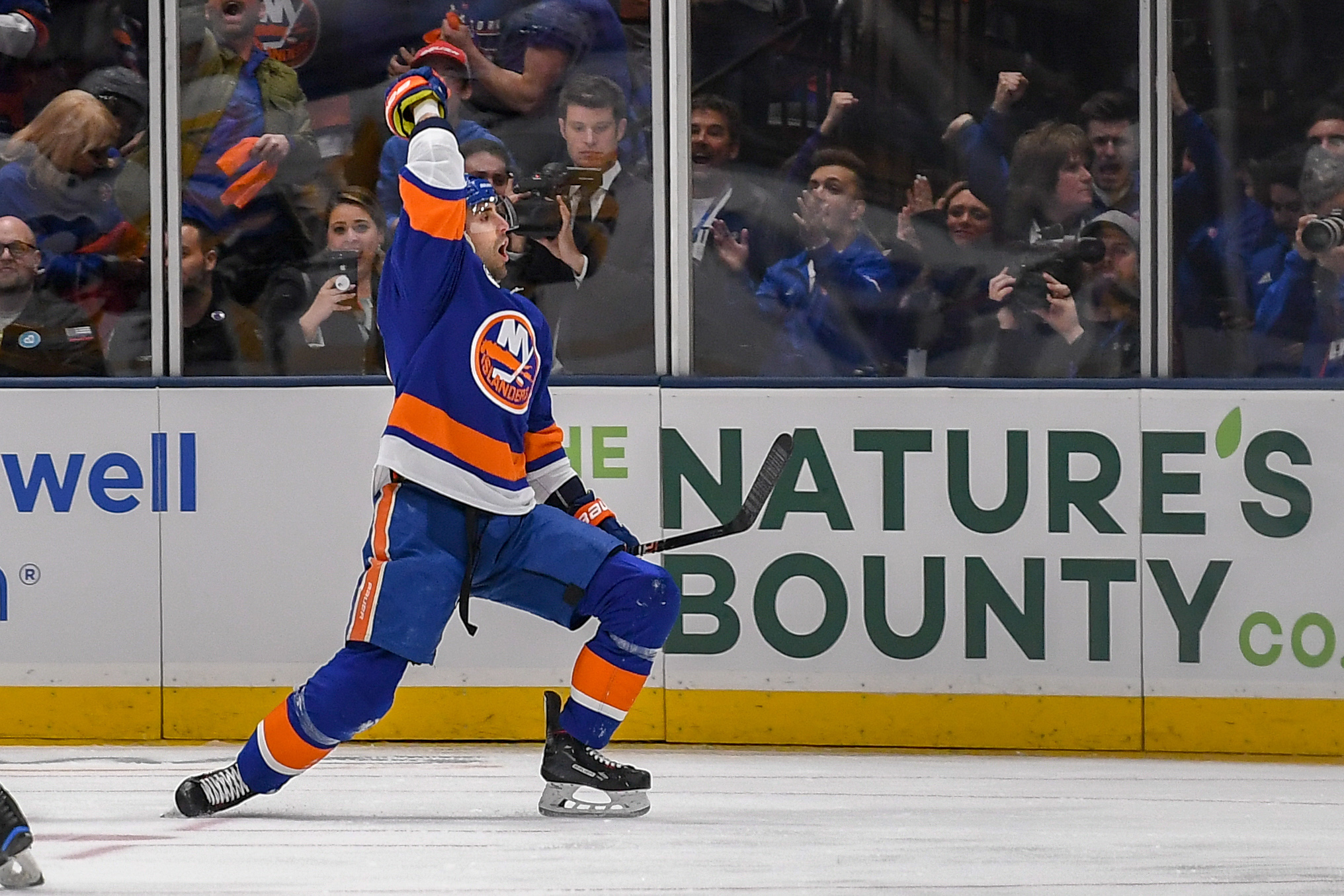 Could Jordan Eberle be back in an Islander uniform next season?

That could just be the case, according to a report from The Fourth Period’s David Pagnotta. The Islanders have been having “ongoing discussions” with Eberle’s camp about a new contract leaving the possibility of an Island return on the table.

Eberle was one of the Islanders most impactful players during the postseason. He scored goals in all four games against the Pittsburgh Penguins in the first round and had points in three of New York’s four games in the second round.

The playoff performance made up for a rather lackluster regular season, which saw him register 37 points (19 goals, 18 assists) in 78 games. That was down from the 59 points (21 goals, 34 assists) he had in 81 games the year before.

It had been speculated by many — even after his outstanding playoff performance — that Eberle would not return to the Islanders next season. Eberle is coming off a six-year, $36 million contract that he had signed in Edmonton.

Brock Nelson remains the only big name pending free agent that the Islanders have re-signed so far. He was inked to a six-year, $36 million contract in May.