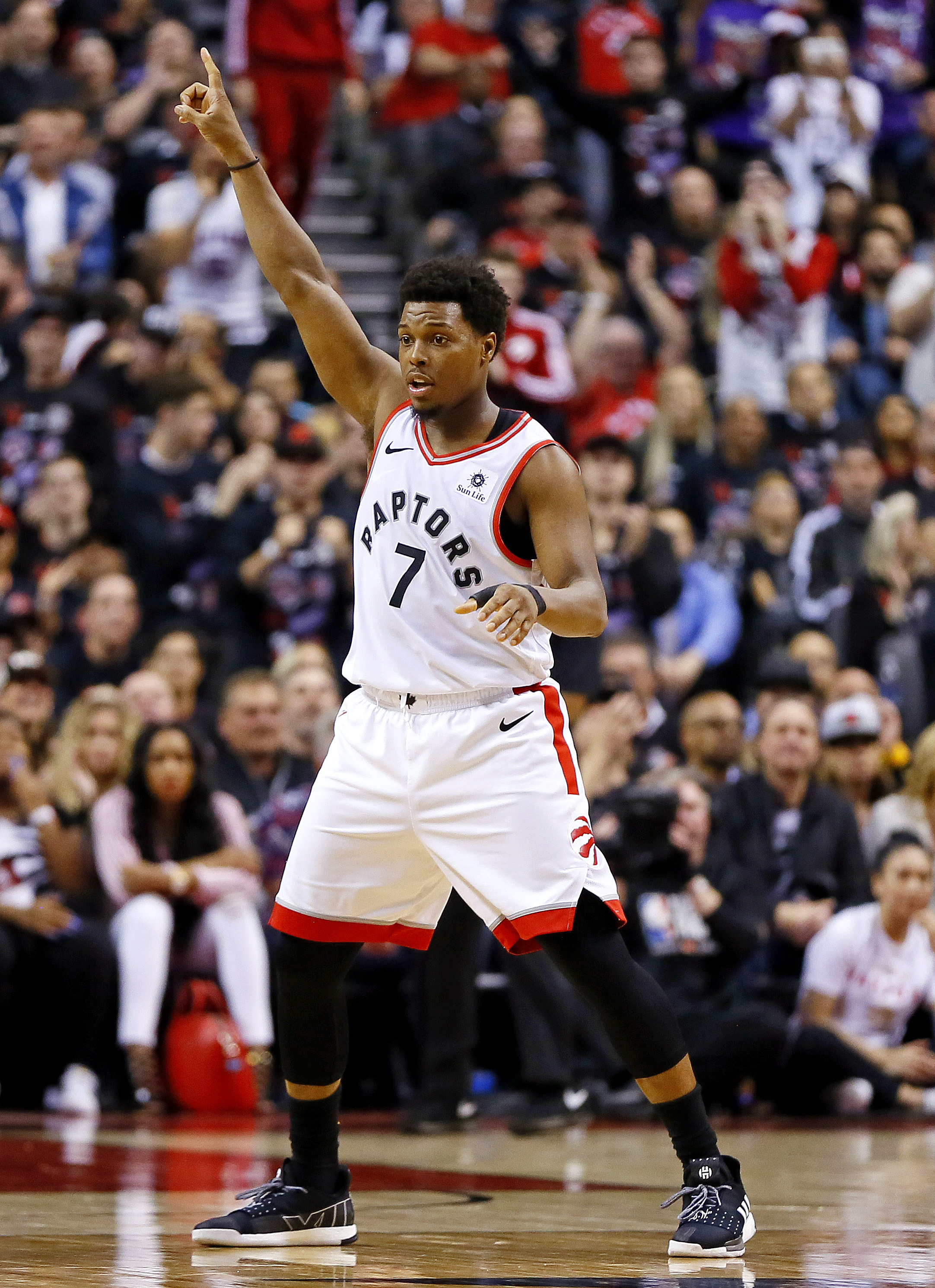 Update: In an update to a previous story earlier today, the NBA has come down hard on Golden State Warriors co-owner Mark Stevens for his actions in game three of the NBA Finals on Wednesday. Stevens has been suspended by the NBA for a year and fined $500,000.

The Golden State Warriors announced on Thursday that the spectator who pushed Kyle Lowry during the fourth quarter of game three of the NBA Finals on Wednesday evening was more than just a fan as initially reported. He was in fact Mark Stevens, the co-owner of the Warriors.

However it should be noted that Lowry did not make any contact initially with Stephens. The Warriors owner was sitting a couple of seats away from Lowry, who fell into a spectator in the stands while diving for the basketball. Stephens then pushed Lowry in the shoulder. To see video of the altercation, please click here.

After the altercation took place, Stephens was escorted out of the arena, and will not be permitted from attending game four on Friday or a possible game six back in Oakland on next Thursday. Stevens has been part owner of the Warriors since 2013, and is now being investigated further for his actions. According to Lowry, Stephens also used vulgarity towards him in their exchange.

The altercation overshadowed an excellent game overall for the Raptors, who are trying to win their first NBA Finals in franchise history. Toronto got off to a fantastic start, as they outscored Golden State 36-29 after the first quarter en route to a 123-109 victory. With the win, the Raptors lead the best out of seven series two games to one.

At 33 years of age, Lowry has been with the Raptors since the 2012-13 season, and is now two wins away from winning his first NBA Championship. He is averaging a very respectable 14.6 points per game, 6.5 assists per game and five rebounds per game in the 2019 NBA playoffs. Game four is back at the Oracle Arena on Friday.