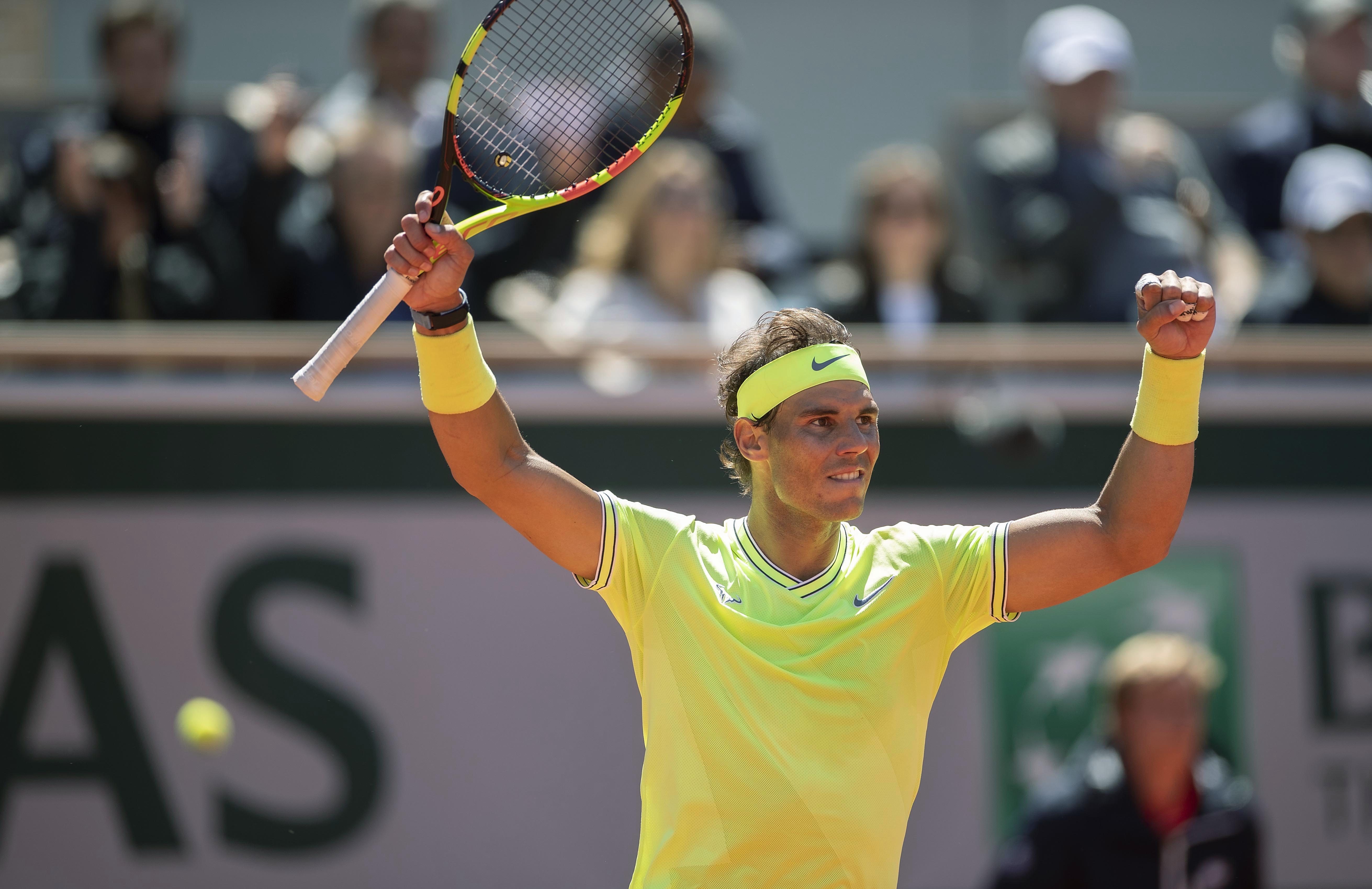 Rafael Nadal of Spain, better known in the tennis world as simply “The King of Clay” has qualified for his 12th French Open men’s singles final. By the way, he is a perfect 11-0 in French Open finals in his magnificent career.

On Friday, Nadal beat the great Roger Federer of Switzerland in straight sets, 6-3, 6-4, 6-2. It should be noted that Nadal was not perfect throughout his victory as he was broken twice. However, Nadal clearly got Federer rattled. At one point Federer walloped a tennis ball to the upper deck of Philippe Chatrier Stadium. The act was completely unFedererlike and with it came a warning, something you never see happen to the greatest of all-time.

However it is not a guarantee that Nadal will face the number one seed Novak Djokovic of Serbia in the men’s final on Sunday. In the other men’s semifinal, the 2018 French Open finalist Dominic Thiem of Austria (the number four seed) was leading Djokovic 6-2, 3-6, 3-1 before the play was interrupted by rain.

In fact, organizers were lucky to get any action from the French Open in at all on Friday as there was a period of time where there was a 90% chance of rain in Paris throughout the day. What the players did have to battle on Friday was the wind (gusting around 40 miles per hour), and it clearly disrupted Djokovic’s momentum. The fact that the Djokovic and Thiem game was suspended will clearly benefit Djokovic when play resumes at 6 a.m. ET on Saturday as the weather conditions are expected to improve.