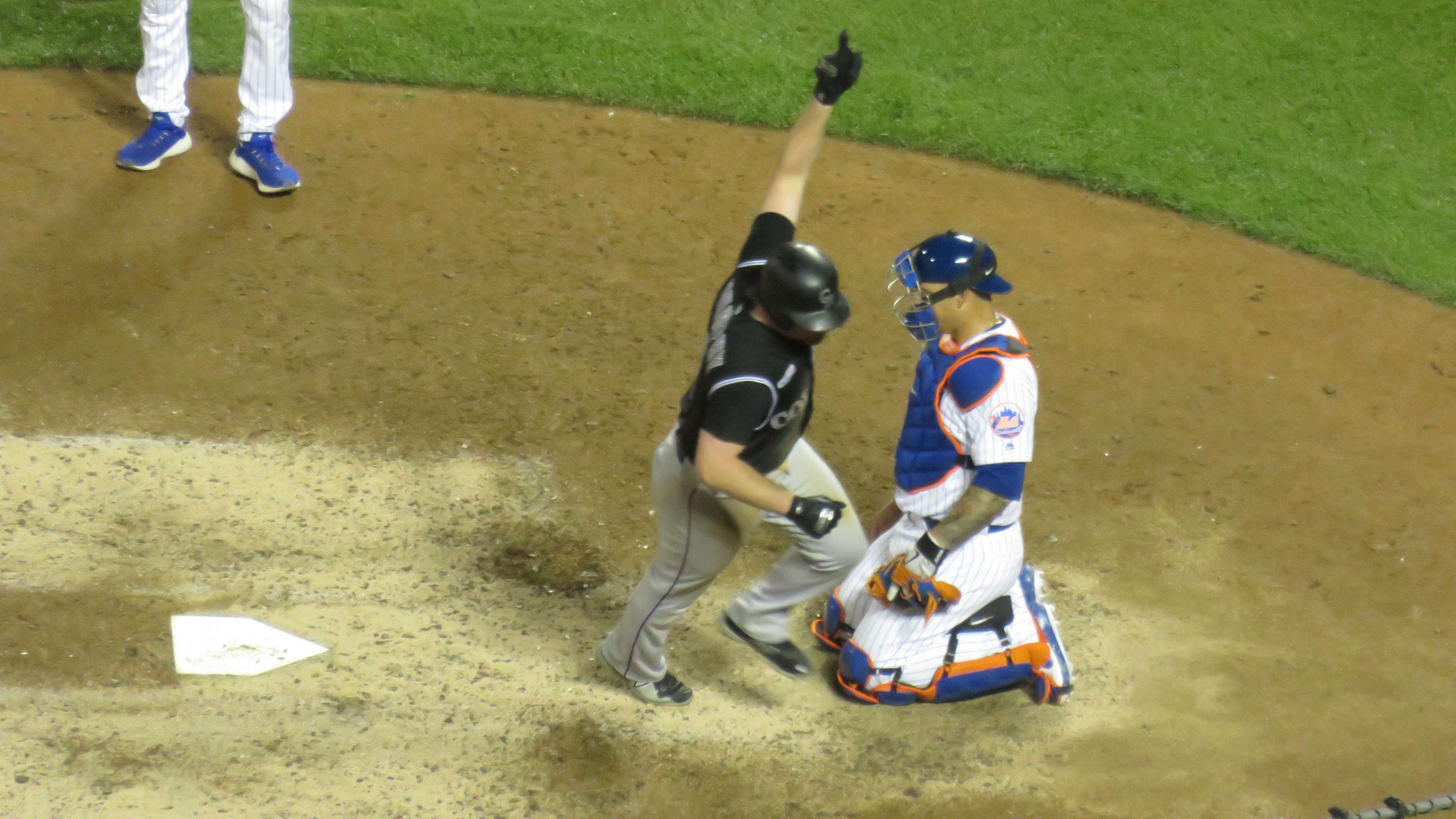 Friday started a stretch of 28 games against teams over .500 leading into the All-Star break. They’re probably going to face pitchers who are a lot better than Antonio Senzatela, who came into the game with a 5.33 ERA and a WHIP of 1.59. If their performance against Senzatela combined with the performance of the bullpen was any indication of what to expect from the next 28 games, then it’s time to start figuring out how to spend that money you set aside for playoff tickets.

The Mets’ two best hitters all season: Jeff McNeil and Pete Alonso, took 0-fors against Senzatela which wasted four hits by Michael Conforto and Dom Smith combined from the 3 and 4 holes (including a solo HR by Conforto in the sixth inning. The good news was that Jacob deGrom battled through six innings, giving up two runs and striking out ten in six innings to give the Mets a chance to win. That chance was incinerated in the 8th.

Drew Gagnon, who has an ERA of 12 in his previous four appearances, came in to try and hold the deficit to one run. Robert Gsellman pitched a perfect 7th (with three K’s), and quite frankly I can’t keep up with all the pitchers who are unavailable for the Mets anymore. Seth Lugo threw 13 pitches on Thursday and Jeurys  Familia threw 11, so I guess that means they need a week or so, Handsome Howe? So Gagnon it is.

With a runner on and one out, David Dahl hit one to the moon (which is a part of Mars now so that makes the home run more impressive) to make it a 4-1 game. Then resident pain in the ass Daniel Murphy lifted another ball into the Coca-Cola Corner for a 5-1 lead, and that’s your game. But Gagnon wanted to give the fans in attendance a little juice, so he hit Ian Desmond in the back.

That’s a whole bunch of asses in the jackpot right there. (Metstradamus)

As with Jacob Rhame, I can’t see Gagnon hitting anybody on purpose. Gagnon has been awful lately. And with beanings being frowned upon now, I can’t imagine any pitcher throwing at a hitter because they gave up home runs. It just seems silly. That said, if Ian Desmond wants to be angry about it he has a right to be. Why he went after deGrom and caused the benches to clear a second time is beyond me, but I was entertained so that’s all that matters.

“So I said ‘sure, I’ll play left field’. What could go wrong?. (Metstradamus)

Credit to the Rockies for finishing the game without further incident … that is, besides putting the tying run on deck in the ninth. I mean, it was getting late and it was time for a quick getaway home. Which brings me to …

Hey, did you know that the Mets partnered with Uber to be the official ride share of the Mets? Great! Because after a loss like that, I wanted an easy trip home. Well guess what! It was anything but easy.

So hey, people that run the operations/facilities at Citi Field, if you want to make this Uber stand thing work, you might want to tell your ushers not to turn away fans from cutting through center field after the game to get to the Uber stand, which you designated on 126th street. You had ushers that wanted us to go all the way around the inside of the park or go around the perimeter of the outside of the park to get to the Uber stand.

At least Rajai Davis had a good experience. (Metstradamus)

And hey, Uber, maybe you want to have drivers that know how to get to Citi Field after games. The driver we originally got called me to ask if we could meet him at the McDonald’s. WHERE IN THE ABSOLUTE HELL IS THERE A McDONALD’S NEAR CITI FIELD??? NO I WILL NOT GO TO McDONALD’S TO MEET YOU!!! I’M AT THE DESIGNATED CITI FIELD UBER STAND WHICH WAS CREATED TO MAKE MY LIFE EASY!!!

(I then watched as this guy drove in the complete opposite direction before he cancelled the ride. Best thing that happened all night.)

Would also be helpful if you didn’t charge my credit card for a cancelled ride … just to let you know.

And hey, New York City Police Department. Is there a reason why, when a cab stops at the designated Uber stand, do you feel the need to run your siren and chase the cabs away? Perhaps your efforts would be better served to get rid of the people hanging around 126th street asking people if they need an Uber before they try to charge you fifty bucks to go home. Imagine … chasing Ubers away from a designated Uber stand.

I finally did get home … no thanks to Uber but thanks to another ride service (that the cops tried to chase away but to no avail.) As usual, the Mets did something that should have been easy and turned it into seals on a highway where a truck carrying Vaseline just overturned.