Your Morning Dump… Where potential Kyrie replacements are ‘serviceable’ 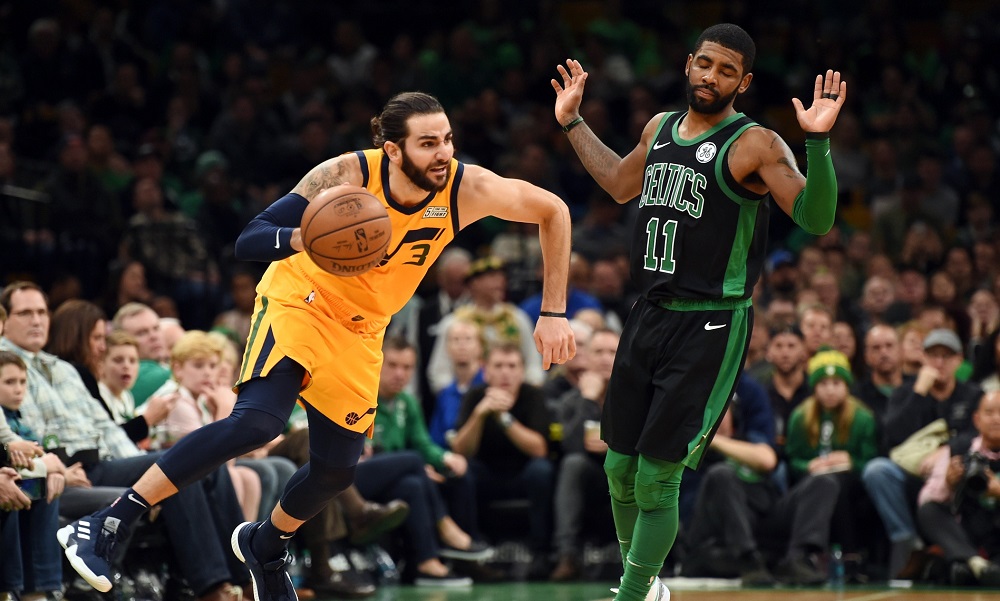 Your Morning Dump… Where potential Kyrie replacements are ‘serviceable’

If you are looking for another high-caliber, star-studded point guard to swoop in and take over, prepare to be disappointed.

However, there are a number of serviceable playmakers that the Celtics could make a run at who maybe won’t dominate the game like Irving did, but they do enough good things to make acquiring them a positive.

NBC Sports Boston: If Kyrie Irving walks, the Celtics should turn to these point guards

We’ve been talking about Kyrie’s contract for what seems like forever. June 30 can’t come fast enough.

And if he walks, apparently the best we can hope for is a “serviceable” replacement, names that don’t really raise our hopes of winning a title soon. Ricky Rubio is decent, but he’s no All-Star. It would be cool to get Isaiah Thomas back, but after his injury struggles of the past two years, he probably won’t be the same Little Guy who won our hearts. Patrick Beverly is a bulldog, but is he putting your team over the top? And how many Celtics fans ever again want to see Terry Rozier in green?

None of them can match Kyrie’s talent, and that’s true despite how bad he was in the playoffs. The best we can say is, “Well, they didn’t win with Kyrie, maybe they could win with less talent but better balance.” (Is that enough spin for ya?)

I’ve held fast to the belief that Kyrie would stay in Boston, but with Woj recently reporting otherwise, it’s definitely getting harder to remain optimistic. If Kyrie already knows what he wants to do, I wish he’d just come out with it, so we can all move on, one way or the other.

The Boston Celtics had an opportunity to trade for then-San Antonio Spurs superstar Kawhi Leonard according to multiple reports, but opted not to at the time because the Spurs insisted on the inclusion of Jaylen Brown in the trade in addition to picks, according to Sports Illustrated’s Chris Mannix.

On his podcast, Mannix said some members of the Celtics organization have “some regret” about not pulling the trigger on a deal which would have included Brown, picks and perhaps Marcus Smart. Instead, the Raptors swooped in with a deal built around DeMar DeRozan, sending the centerpiece to the Eastern Conference champions across the border.

We’ve got to stop rehashing last year’s Kawhi situation. We did it just two weeks ago, and it didn’t make sense then or now. The fact remains that a year ago at this time, all signs were that the Celtics shouldn’t give up their future for possibly just one season of Kawhi.

It’s easy to have “some regret” now in hindsight, especially with Kawhi’s Raptors just one win away from the NBA title. They went all in and it’s paying off. But they’re also lucky that the Warriors are missing the guy who happened to win Finals MVP the past two years. Timing is everything.

The one positive (for some of us) that could come from “some regret” is that it might make the Celtics more willing to go all in on Anthony Davis.

5. Are the Celtics content with being a non-contender with no clear cut path back to the top for the next year or two? If the Celtics decline to trade for Davis while losing Irving and Horford, that’s the indication that they will be sending to the fan base. Given how championship-driven this franchise has been during Wyc Grousbeck’s tenure as owner, it’s hard to envision the team settling on this route. Building around the young core (Tatum, Brown, Smart) is a fine option but those guys aren’t going to be able to take down Milwaukee or Toronto anytime soon (assuming Kawhi Leonard sticks around). Betting on being able to keep Davis is a risky proposition but there’s also plenty of risk involved in taking a step back. There’s certainly a higher floor in that route but the ceiling is lower too, barring rapid development by Brown and Tatum in All-Stars. A one year chance of contending with Davis (with the possibility he will stay) may be the more appealing path for the front office. We’ll find out in the weeks to come.

We’re all sick of talking about this. Again, June 30 can’t come fast enough.

And, finally… He’s from St. Louis

It sucks that the Bruins are on the brink of being eliminated from the Stanley Cup Finals, but at least Tatum will be happy if the Blues win it. Game 6 is Sunday at 8 p.m. Eastern.