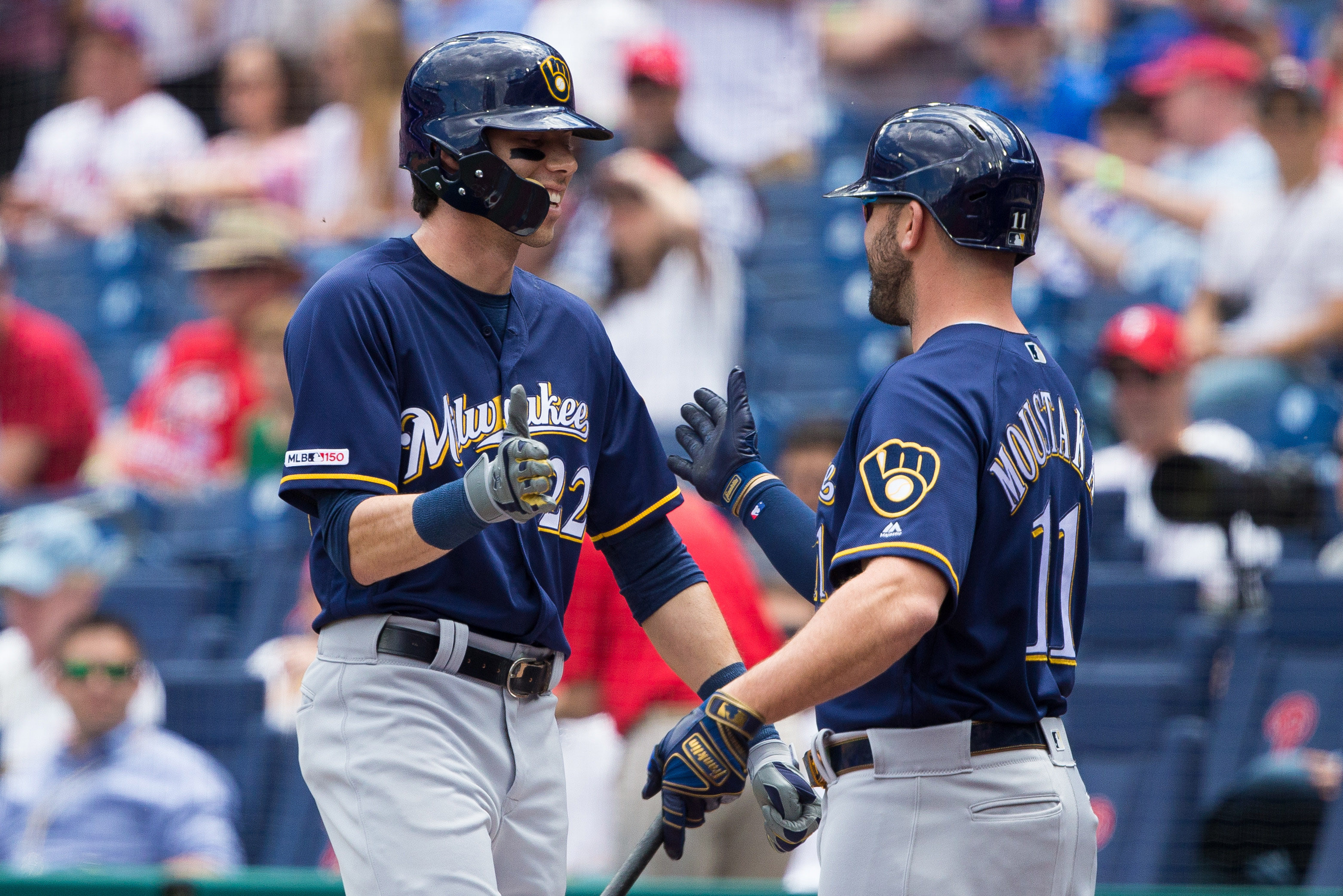 The Milwaukee Brewers like hitting home runs. It feels like Christian Yelich and Mike Moustakas have been reminding us of that nearly every day so far this season.

MLB’s team home-run leaderboard is currently dominated by American League teams, but the Brewers have found a comfortable home in third place with 114 dingers. There are five individual players with 20-plus homers on the young season thus far, with Yelich and Moustakas being the only pair of teammates on this short list.

That is impressive enough all by itself, but them each hitting the 20-homer plateau so quickly has put them in elite company:

No offense to Raul Ibanez and Ryan Howard, but it has to be pretty cool to be mentioned in the same breath as Babe Ruth and Lou Gehrig. That’s when you know you’re doing something right.

How Yelich Is Doing It

Yes, Yelich is the reigning National League MVP, but Cody Bellinger got off to such a raging-hot start that it was easy to lose sight of the Brewers outfielder. He followed up his own hot March/April with a more normal May before getting June off to an other-worldly start and is comfortably atop the homer leaderboard heading into Monday’s action.

Yelich has enjoyed such a drastic increase in production because of a rise in fly-ball rate that’s coincided with a fall in soft-hit rate and rise in hard-hit rate.

Yelich’s hard-hit rate for fly balls has actually gone down when compared to last year (67.0% to 59.1%). It’s remains absurdly high, though, and with a huge increase in this batted-ball event overall, the results have still been coming fast and furious.

How Moustakas Is Doing It

Meanwhile, Moustakas has reached these homer heights in a much more “normal” way — when compared to Yelich, at least.

Although Moustakas’ fly-ball rate is actually down slightly from 2018 (46.2% to 44.7%), he’s also cut his infield-fly rate down significantly (19.2% to 12.5%). His performance for this specific batted-ball event has unsurprisingly climbed compared to the year before. Here’s a look at how certain statistics have improved.

He’s also improved his performance against curveballs and changeups in a huge way.

The Brewers will be likely be slugging it out with the Chicago Cubs (and maybe the St. Louis Cardinals) all summer long in the NL Central. Every little bit of production from their roster will be crucial moving forward. Being in this exclusive club is cool for Yelich and Moustakas, but now they have to keep the pace up to a degree if they want to win a second straight division title.