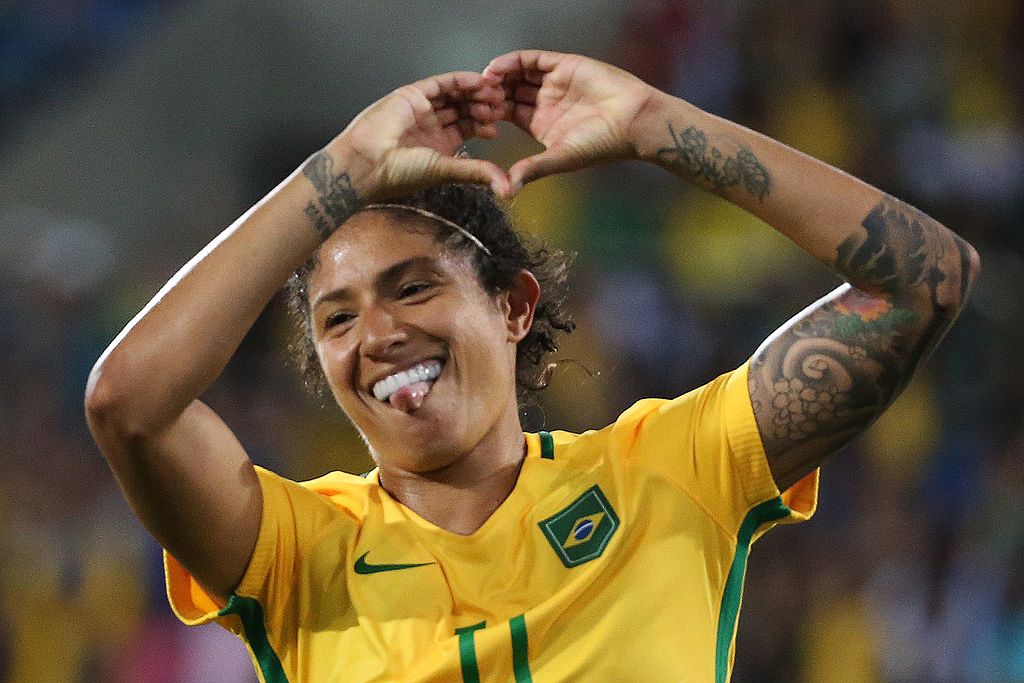 It was a big day for Christiane on the third day of the 2019 FIFA Women’s World Cup from France. On Sunday, the 34 year old Brazlian striker notched a hat trick as Brazil blanked Jamaica 3-0 in Group C action.

Christiane was perfect on all three of her shot attempts. She opened the scoring in the 15th minute with a header, and then scored two second half goals in the 50th and 64th minutes. Christiane’s hat trick goal came on a free kick.

The Brazilian veteran started in the place of Brazil’s other superstar, Marta. The 2018 FIFA World Player of the Year injured her thigh in May while training. If Marta is able to come back healthy, Brazil will be a dynamic force offensively.

The Brazilians are trying to get revenge on the international women’s soccer scene. The Brazilian national women’s team were expected to win a medal at the 2016 Olympic Games in Rio de Janeiro on their home grass. However, they ended up losing 4-3 to Sweden on penalties in the semifinal and then losing 2-1 to Canada in the Olympic bronze medal game.

A total of 17,666 fans attended the contest at Stade des Alpes in Grenoble. The French city is rich in sports history as it was the host site of the 1968 Olympic Winter Games.

Italy’s only other Women’s World Cup came in 1991 in China. Italy reached the quarterfinals with a record of two wins and one loss (beat Chinese Taipei 5-0 and Nigeria 1-0) but were knocked out in their first elimination game by Norway in a tight 3-2 score.

England meanwhile beat Scotland 2-1 in Nice on first half goals by Nikita Parris and Ellen White. England is trying to improve on their third place result in Canada at the 2015 Women’s World Cup four years ago.