Down in the Dominican: Runs Galore for (and against) the Indians in Week 1 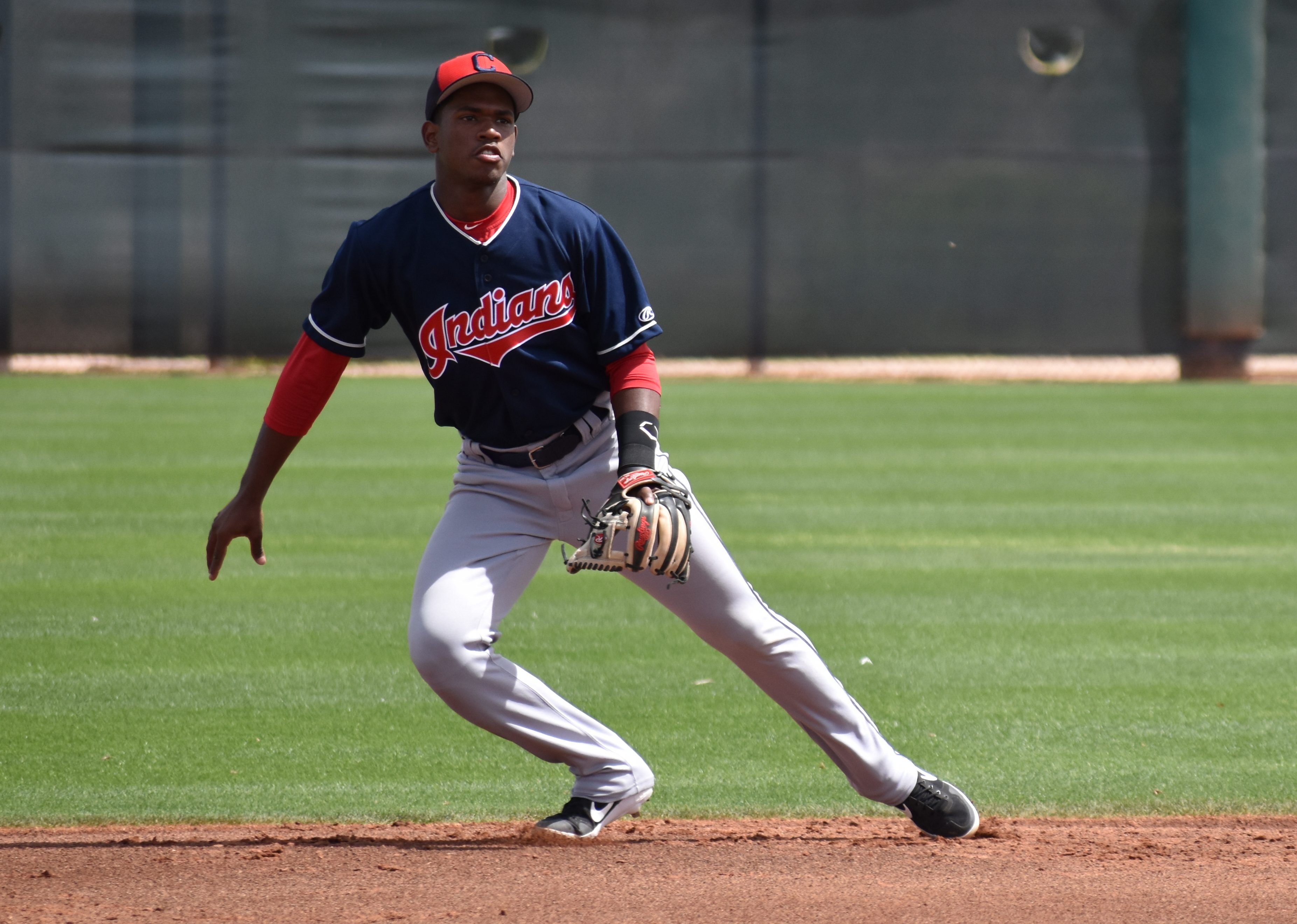 Down in the Dominican: Runs Galore for (and against) the Indians in Week 1

The Dominican Summer League Indians started off their season last Saturday with the first of a two game series against the DSL Red Sox2. Despite having a largely new roster, it was a similar result to last year’s squad as they dropped the match 11-6. Obviously, the offense was more impressive than the pitching staff in game one and Angel Martinez lead the way with a double and a triple. Martinez was one of the top young hitters during extended spring training this year and is still just 17 years old. Daniel Aguilar and Jorge Burgos each also had two hits. Dayan Frias walked twice, hit safely and stole a base.

Gabriel Rodriguez started the season scorching hot with a hit on opening day, then two doubles in game two and a triple in game three. This added up to a .778 SLG over the first week with an incredible 11 RBI. He also found time to walk twice and struck out just once in 18 at bats.

The team’s other short stop, Martinez, also had a strong showing with three hits in the game two win against the Red Sox. He is now tied for second on the team with two extra base hits and has walked four times.

Frias makes a play behind second base during a 2019 extended spring training game. – Joseph Coblitz, BurningRiverBaseball

Frias continued his game one success by walking a total of eight times in the first week and made the opposition pay for this with seven steals in seven attempts and six runs scored. Already this season Frias has played second, third, left and DH. Due to a small number of hits and extreme amount of walks, but Frias and Jesus Lara have an OBP above .400 despite an average and slugging percent below .200.

No Indians pitcher threw more than four innings in the first week, but Euclides Lopez has pitched twice, striking out five with one walk and one hit allowed in two innings. He earned a save in the Indians 13-11 win against Cubs1 on June 5th.

In all, the DSL Indians haven’t had any problem scoring runs with 58 runs coming across in the first week, however, they have not been able to stop them from scoring. In all three of the Indians wins, they have scored at least 7 and they have allowed more than 10 in four of seven games. They have used 21 different pitchers already and only five have managed to make it the first week without an earned run to their name. Taking it the hardest were Jhon Vergera and Abraham Figueroa who combined to allow 12 runs in 3.1 innings with just four strike outs between them.

Some of these run preventing issues have been due to poor defense as already seven of 14 position players have already committed an error and three of those error free players have been bench men who have barely gotten into a game. Martinez and catcher Victor Planchart lead the way with two errors apiece. Defense was a problem last year as well (although with a nearly completely different roster) and nine of the Indians DSL worst 55 runs allowed have been unearned. While this is 10 more runs allowed than any other team, the percent allowed by the defense isn’t bad considering the competition as the Dodgers Schumaker have already allowed 13 unearned and the Tigers 2 have allowed 19 (half of their 38 runs allowed in total).

DSL recaps will continue every week on Sunday morning, alternating between this team and the DSL Indians/Brewers.