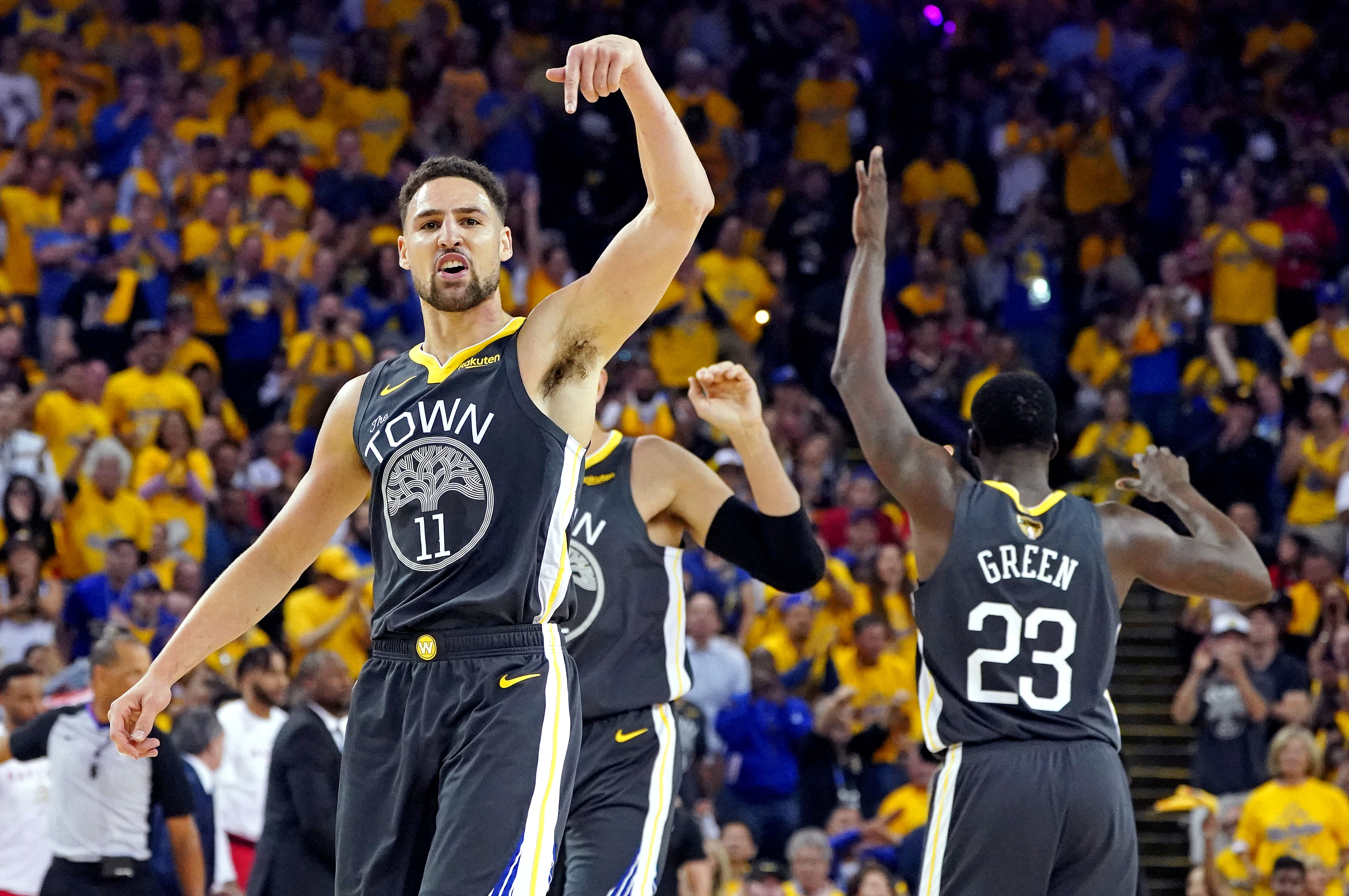 The Warriors may currently be in a 3-1 hole in the NBA Finals, but this team can never be counted out, and they’re still letting their personality shine through — especially off the court.

That was evidenced during media availability on Sunday, when Klay Thompson was fielding questions from reporters. It sure looked like he brought jokes with him to the podium, as when a reporter asked a (stupid) question about what form Klay and Steph Curry would be in, Thompson responded by appearing to mock Kawhi Leonard’s signature laugh.

Judge for yourself in the video clip below.

Klay killed two birds with one stone there — mocking the reporter for that dumb question, and also Leonard, for his demeanor.