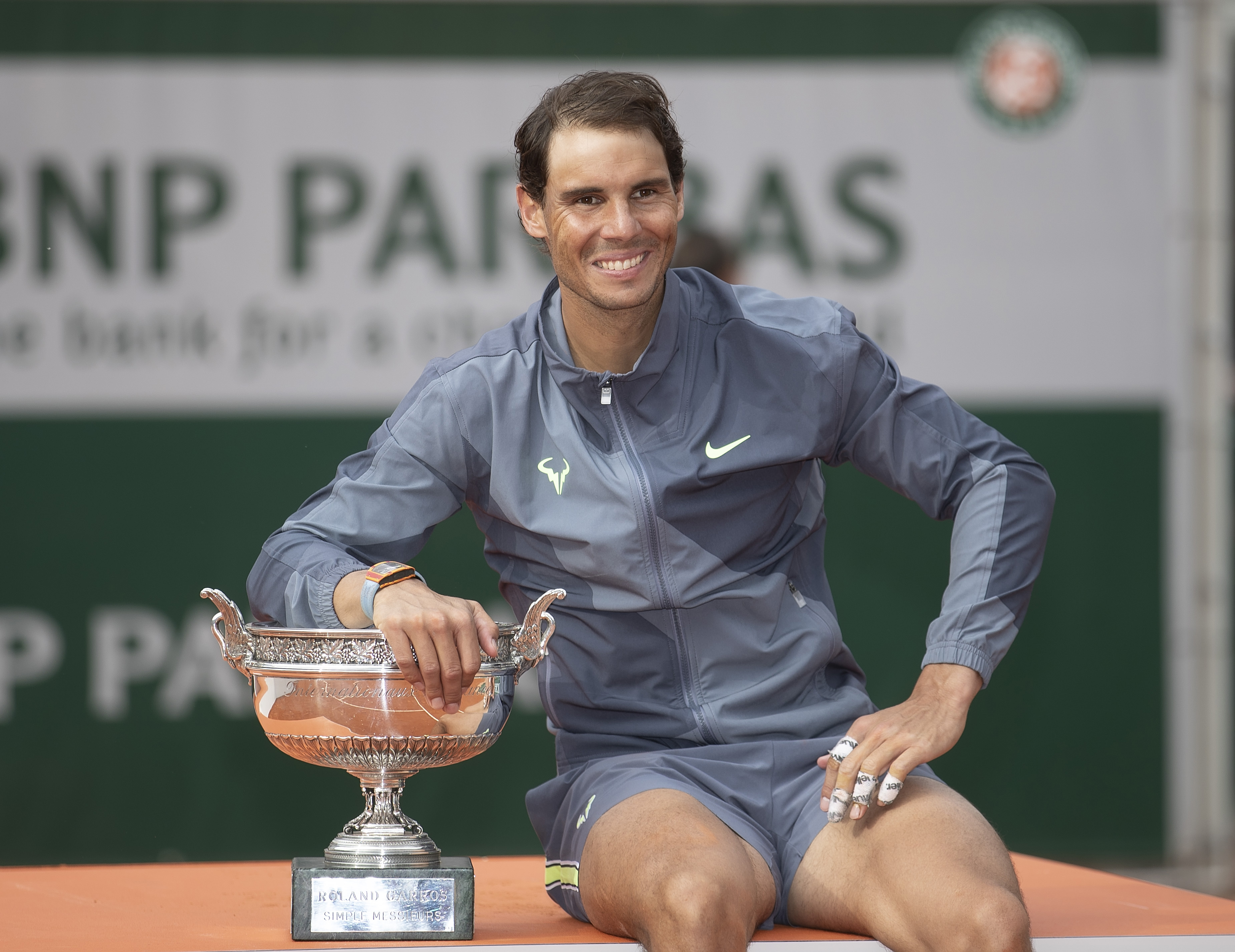 Second ranked Rafael Nadal of Spain won his 12th French Open and 18th major title on Sunday when he beat the fourth ranked Dominic Thiem of Austria 6-3, 5-7, 6-1, 6-1 in the men’s singles final. With the win, Nadal has now won more French Open titles than Rod Laver of Australia and Bjorn Borg of Sweden have won total majors as each of them have won 11 majors all-time.

Nadal has the record for winning the most major men’s titles at a single grand slam. Second on the list is Roger Federer of Switzerland, who has won eight Wimbledon titles.

In an amazing statistic, Nadal’s 12 French Open titles alone would place him fourth all-time in grand slam men’s singles titles won. The only three players ahead of Nadal on that list would hypothetically be Federer (20 titles overall), Novak Djokovic of Serbia (15 titles overall) and Pete Sampras of the United States (14 titles overall). If you add the other six titles Nadal has won, he would be second overall on that list as he has won 18 major singles titles (also won three U.S. Open titles, two Wimbledon titles and one Australian Open title).