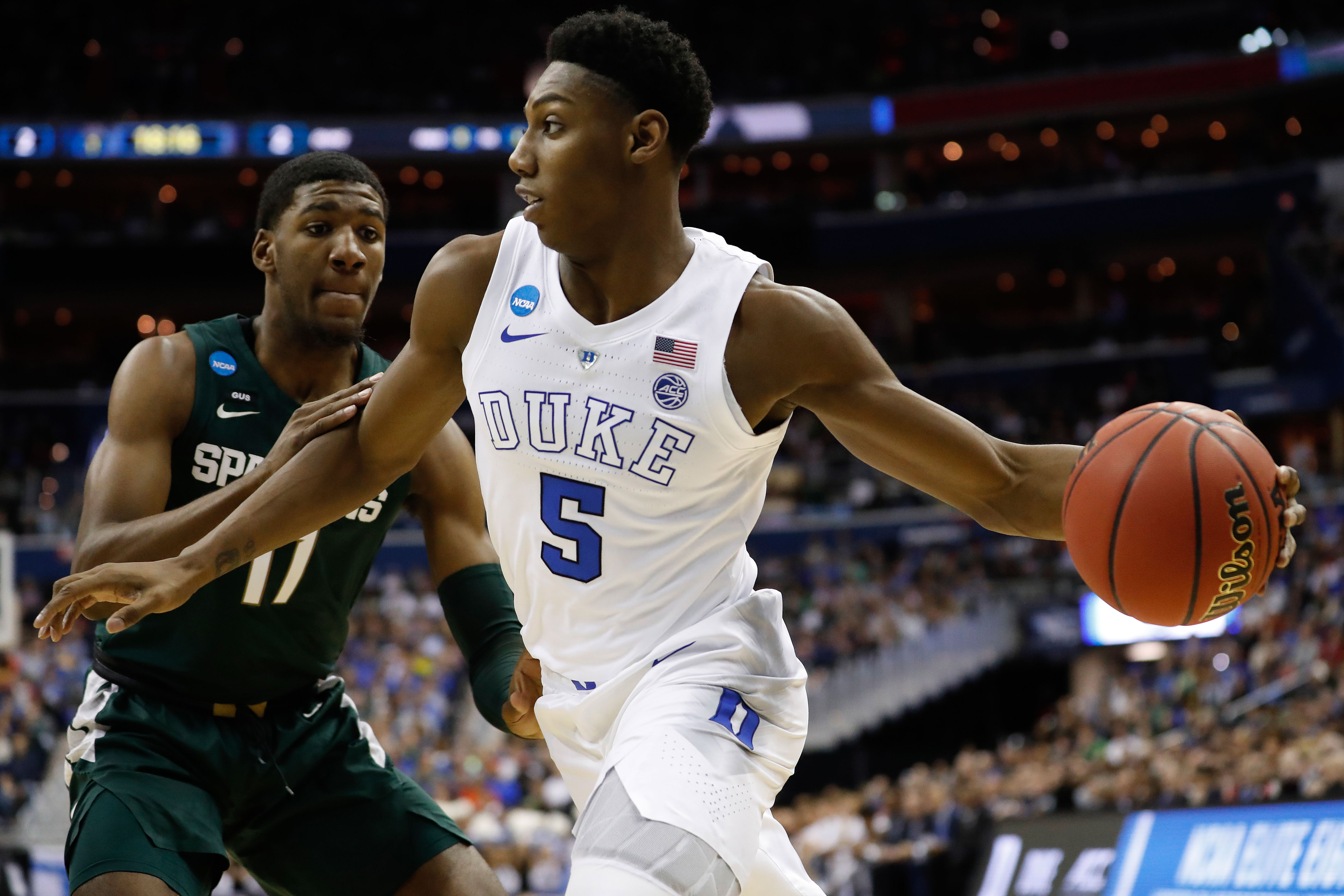 Widely seen as the third overall prospect in the 2019 NBA Draft, RJ Barrett is an intriguing prospect that a variety of NBA experts see as a future star. As one of the leaders on Duke, Barrett averaged 22.6 points, 7.6 rebounds, and 4.3 assists per game as a freshman. As the top-rated player coming out of High School, Barrett was handed the keys at Duke, having a 32.2% usage rate with the Blue Devils. Throughout the season, we saw why Barrett is seen as a high-ceiling type of player but also attributes that make him a risk to select in the draft this year.

To start, Barrett is extremely athletic. His finishing ability at the rim is next level, and that should translate to the NBA, even against more size in the paint. However, Barrett needs to develop the ability to attack defenders to the right and to finish with his right hand. Even when Barrett got to the right side of the rim at Duke, he would go up with his left hand to finish over smaller college defenders. At the next level, NBA centers are going to know this from watching film and scouting Barrett, so the need to finish with his right hand will become crucial if he wants to develop into an NBA All-Star.

Another important aspect for any modern NBA forward is their ability to shoot, especially from three. Barrett shot 30.8% from three at Duke, which is too low for a top-three projected pick. Barrett has a smooth stroke, but his inconsistent landing spot on his jumpers is cause for concern. When Barrett has time to set and shoot, especially off the catch, he knocks them down. He goes up in a fluent motion and his feet land almost exactly where he jumped from. However, when Barrett is rushed on his shot, which happens to him a lot off the dribble, he tends to jump forward on his shot and land a solid foot or two in front of where he initially jumped from. While this can be fixed with repeated practice and a shooting coach in the NBA, the initial mechanics, especially off the dribble, were not great for Barrett at Duke.

Another upside to Barrett’s game is his rebounding ability. Barrett had nine games this season where he recorded at least 10 rebounds, which contributed to his 11 double-doubles on the season. With plus length, Barrett is aggressive attacking the glass, which speaks to the passion he plays with on the court. Additionally, it’s not just attacking the defensive boards. Barrett grabbed 1.6 offensive rebounds per game this season which contributed to numerous tap-ins and cleaning up some of his own misses. This rebounding ability will help teams overlook some of Barrett’s playmaking deficiencies. While he has moments where he rockets a pass into a tight lane, he is an inconsistent passer that does not currently have the ability to place a pass right where his teammates want it. Along with his ball handling, his playmaking will need to continue to improve if Barrett wants to be the leader of a playoff-caliber NBA franchise.

Watch this clip below and you will see the passing potential that RJ Barrett possesses. Yes, he’s been an inconsistent playmaker throughout his career and that is something that he needs to continue to improve on. He needs to get better at putting passes on time and on target to his teammates, but his vision and IQ to be an elite playmaker is there.

2. Shifty on his way to the paint

Barrett use his shiftiness to split defenders on his way to the rim. If Barrett can develop a strong move to finish with his right hand, that will put the defenders on their heels even more.

The main thing I wanted to point out in this clip was Barrett’s smooth stroke from deep when he has time to take the set shot. On this shot below, Barrett gathers himself and completes his shot while landing relatively in the same spot he took off from. Throughout watching film on Barrett, this is a huge key for him as he runs into trouble, especially off the dribble moving too far forward in the air on his jump shot.