What is the New York Mets' best way to utilize Dominic Smith? 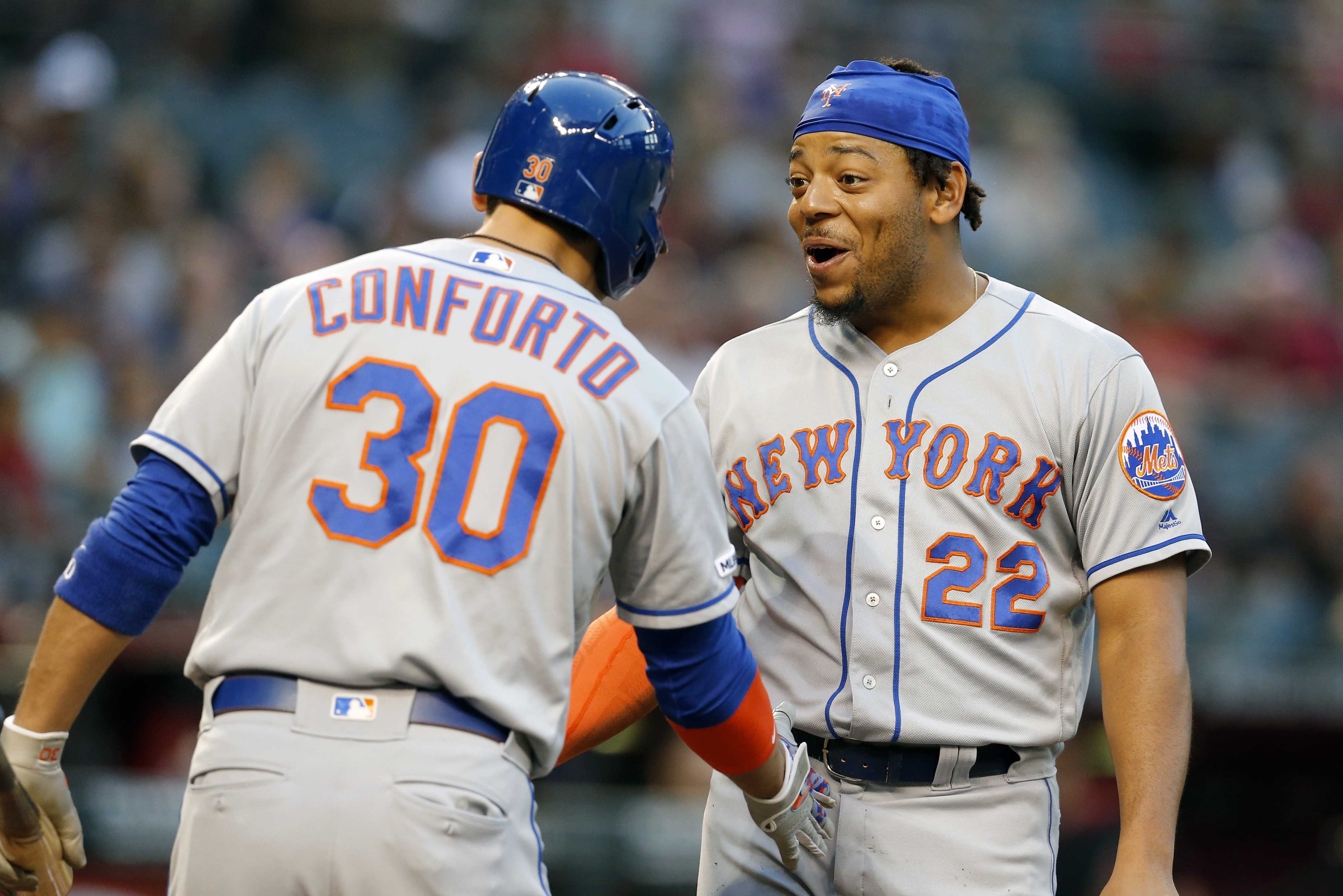 What is the New York Mets' best way to utilize Dominic Smith?

When the New York Mets went to spring training this year, Dominic Smith was pretty much an afterthought. After getting shuttled between first base and left field in a disappointing 2018, Mets’ fans had no expectations for Smith, instead waiting to see Pete Alonso become the first baseman of the future. Alonso has certainly lived up to the hype, threatening to obliterate several franchise single season home run records this year, but Smith has also been a standout performer in his limited opportunities. All of that success has left the Mets with a very interesting dilemma: how to utilize Smith most effectively to help them win this season.

Smith entered spring training in incredible shape, and he told reporters at the time that he had been diagnosed with sleep apnea, which was affecting his ability to effectively sleep at night. As a result, Smith described how fastballs that were 95 miles per hour looked like they were much faster to him, which could explain some of his prior struggles at the plate. The Mets brought Smith north as a reserve, and he hasn’t gotten many opportunities, but he has taken advantage of the ones he has received.

So far this season, Smith is batting .365 with four home runs and nine RBI’s in just 74 at bats. Smith’s OPS is a ridiculous 1.054, but the problem the Mets have run into is that Smith’s best position is first base, where Alonso has to play. The Mets don’t want to bench Alonso to get Smith in the lineup, but the team’s recent injuries have created more opportunities in left field. Smith, to his credit, has been asking to get in the outfield for a while now before the Mets finally relented.

There are still legitimate defensive concerns with Smith in left field, but his bat is so good that the Mets need to seriously consider using him out there against every righty they face. Robinson Cano’s return to the injured list opens second base for Jeff McNeil, which would allow Smith to get those reps on a more regular basis. Things will get more complicated once Cano and Brandon Nimmo return from the IL, but it’s hard to leave a player who has been productive as Smith on the bench more often than not.

There is also the fact that Smith’s production and versatility would increase his trade value, something the Mets should consider since his best position is blocked long term by Alonso. Early in the year most Mets’ fans would have been willing to trade Smith for a bag of baseballs, but seeing him start to live up to his potential has changed the equation. One popular scenario has seen the Mets trading Smith for a reliever, but that may not be enough for a player who could be a worthwhile starter in this league.

The only scenario where the Mets should consider trading Smith is if they can get a significant upgrade on another part of the roster long term. If, for instance, Smith can help land a true center fielder or a starter (don’t forget both Zack Wheeler and Jason Vargas are free agents after the season), it may make sense to trade him. Otherwise, the Mets’ best course of action is to try and find as much playing time as possible for Smith since he is helping them win games.