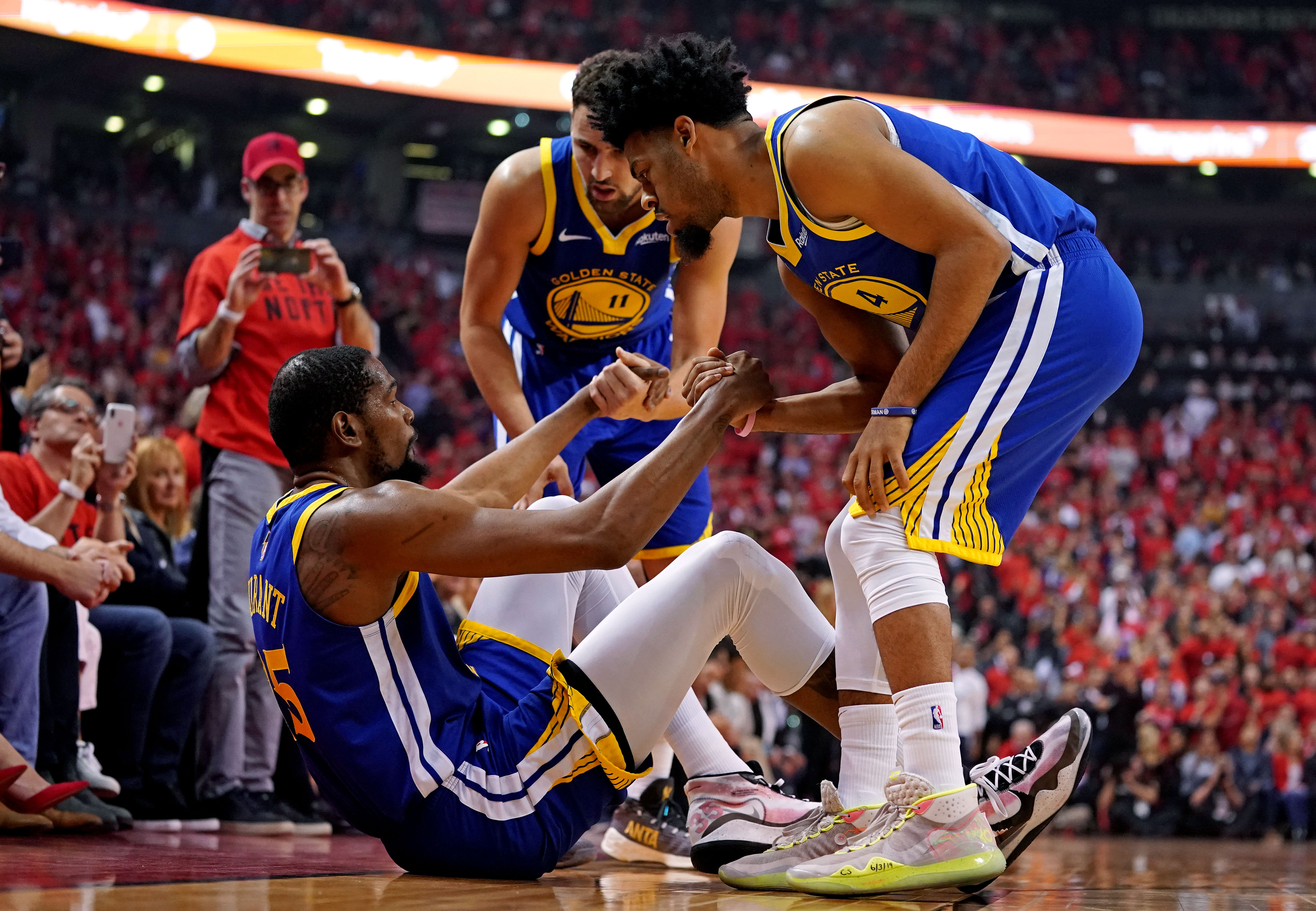 Warriors superstar Kevin Durant returned from injury on Monday night, given that the team was playing in an elimination game — on the road, no less.

Game 5 of the NBA Finals saw KD return to the court at Scotiabank Arena– 33 days after he first suffered what was initially diagnosed as a calf injury.

Unfortunately, he left the game in the second quarter, after scoring 11 points, due to what looked to be an Achilles injury. Durant was seen holding his leg, and eventually limped off the court, with the help of Klay Thompson and Stephen Curry, making his way to the locker room.

Durant was ruled out for the remainder of the game with a lower leg injury. General manager Bob Myers later announced it was an Achilles injury, and that Durant would have an MRI to assess the extent of the damage. Durant then issued this statement on Instagram, after the Warriors’ thrilling 106-105 win.

Tough to see that. Prayers up for KD.