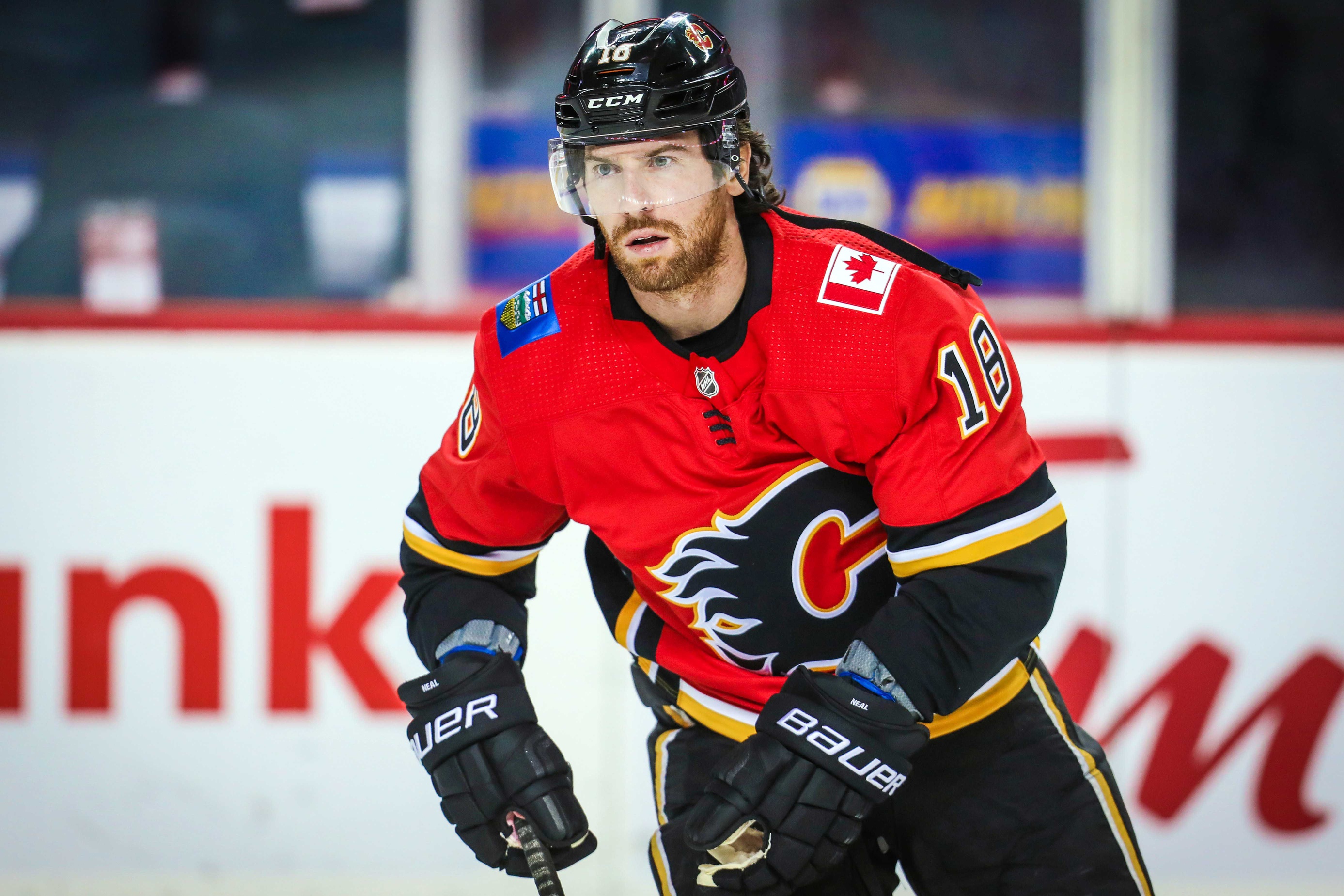 The Milan Lucic era in Edmonton appears to be approaching its end. After a second consecutive disastrous season, dumping Lucic and his contract is near the top of new GM Ken Holland’s list of things to do this summer. It certainly appears that he’s closing in on a few options as we sit less than two weeks from the draft.

There has been smoke building for weeks that Lucic’s hometown Vancouver Canucks are interested in acquiring him. They had significant interest when he was a free agent in 2016, and GM Jim Benning has repeatedly made references to getting tougher in order to protect Vancouver’s stars.

Lucic, for his part, really hyped up the Canuck organization about a month ago. He gave a glowing endorsement of both head coach Travis Green and the club’s direction as they continue to build.

As the playoffs wind down and the off-season creeps into view, the smoke is getting thicker. Two tidbits dropped over the weekend regarding a potential Lucic trade.

The first, tweeted by @akaRCN on Twitter, is a new development. Speculated on by Sportsnet’s Elliotte Friedman, the Oilers, Canucks and Flames could engage in discussions surrounding a three-way trade.

Stauffer & Friedman discussing the plausibility of a 3-way trade between EDM/CGY/VAN that see Lucic land in VAN, Neal in EDM & Eriksson in CGY.

The Oilers had significant interest in trading for James Neal at the start of the 2017-18 season, but Vegas turned out to be better than anyone thought and the Oil were in no position to trade for a rental at the deadline.

Yes, the GM and scouts have changed, but Neal was a productive player up until this past season and is a prime candidate to rebound. I don’t think 20 goals is unrealistic this coming season.

That scenario isn’t the only one being discussed right now. The rumor we’ve been hearing since the season ended revolves around Lucic heading to Vancouver and Loui Eriksson finding his way to Edmonton. There was more discussion of that on Saturday.

According to Pierre LeBrun and Darren Dreger, the #Canucks are 'interested' in Milan Lucic. New Oilers coach knows Loui Eriksson with Dallas. Potential swap could make sense. EDM would likely need to add in a sweetener. #TSNHockey

Depending on the ‘sweetener’ Edmonton would have to send Vancouver’s way, this could be a solid deal as well. The Oilers would get out of the contract a year earlier, and Eriksson does not possess a no-movement clause.

Eriksson, for his part, is not happy with his usage under coach Travis Green.

What Is Best For Edmonton?:

The worst case scenario for the Oilers is Lucic returning for a fourth season with the club. Lucic clearly craves a fresh start, while the roster desperately needs more speed and skill. Milan can’t help where Edmonton needs him, and a fresh start is best for both parties. In fact, I believe Lucic has asked Holland to facilitate a deal.

A trade is the best outcome here. While both of the rumored trades would be wins for Edmonton in my mind, there absolutely is a preferred target here.

The preferred target should be James Neal. Will he recover to the point of being a 30 goal guy? Highly doubtful. That being said, a lot of things went wrong for him with the Flames a season ago.

Neal was still a positive possession player, finishing the year with a 51.1% Corsi For. His shooting percentage was in the tank, as Neal shot just 5% on the season. His career average? 11.6%, over double what he accomplished in Calgary.

With Vegas in 2017-18, Neal scored 25 goals and finished with 44 points. He scored 20 even strength goals and was a key cog in their offense. I don’t think he just fell off a cliff for good.

If he doesn’t recover? You buy him out next summer and get actual cap relief. It’s not ideal, but it is a helluva lot less painful than a Lucic buyout.

After scoring 30 goals with the Boston Bruins in 2015-16, Eriksson has fallen off a cliff. He’s scored just 32 goals in 196 games with the Canucks, and has simply not fit with his new club since signing a major free agent deal on July 1st, 2016.

Possession wise, Eriksson’s numbers don’t inspire much confidence. He posted a 47% Corsi For at five-on-five, which was negative relative to his teammates (-1.4%). His Fenwick For (46.6%) was also a drag on teammates (-2.1%) as the veteran Swede was largely ineffective.

All numbers via hockey-reference.com.

If Holland can spin Lucic and his situation into Neal, then he should do it and run away laughing. Neal is the best player of this group and I think is the most likely to rebound in 2019-20.

Short of that, moving Lucic for Eriksson is absolutely the right move. It gives Edmonton one less year of commitment and wipes out a costly NMC from the books. That will help the club during the expansion draft process with Seattle.

I also think Eriksson is a better fit in Edmonton than Lucic is. Eriksson is more skilled than Lucic, and I think in the right scenario he could rebound to a degree. He showed flashes at the 2019 World Championship, scoring 1-3-4 for Sweden.

Eriksson also played for Dave Tippett in Dallas and enjoyed success under the new Oilers’ bench boss. Perhaps in a more comfortable spot Eriksson can produce more and get back to the player he once was.

I ask you, Oiler fans. Of the three players involved in these rumors, which do you prefer in Edmonton? Lucic, Neal or Eriksson?