Washington Mystics have offense for days, but remain humble and hungry 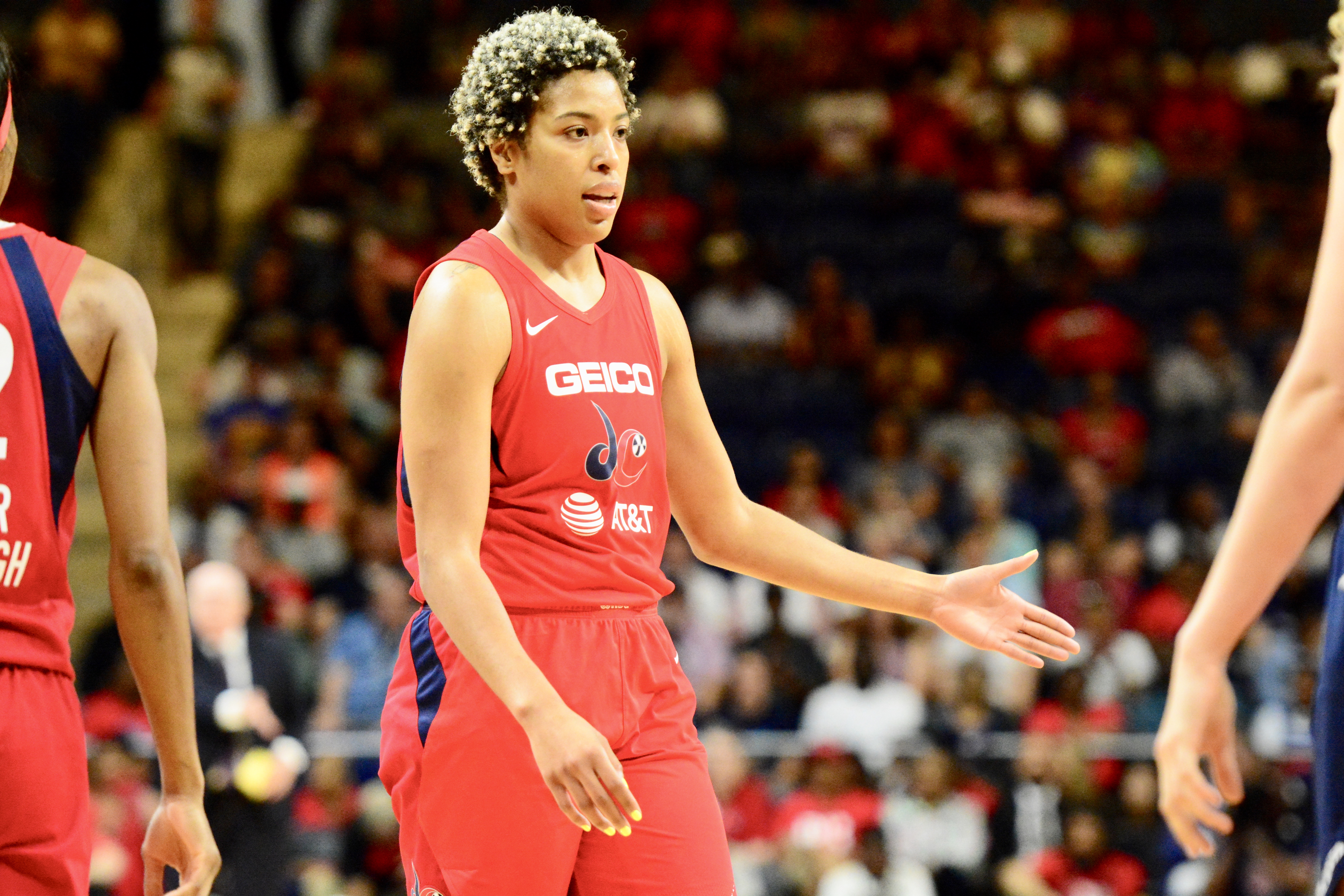 Washington Mystics have offense for days, but remain humble and hungry

After suffering a season-opening loss on the road against a good Connecticut Suns, the Washington Mystics are seemingly hitting on all cylinders. They were without MVP candidate Elena Delle Donne to start the season and point guard Kristi Toliver also sustained an injury in the opener. Since then, the Mystics have won a WNBA best four games in a row and are on a ridiculous tear offensively. Washington topped the Dallas Wings, 86-62, as the latter continues to be without star Skylar Diggins-Smith.

The Mystics will temporarily lose the services of Emma Meesseman as she is in Belgium with her national team, but Washington had a monster bench performance without their sixth woman. Maryland product Tianna Hawkins had a career-high 21 points on 7-for-9 shooting and Aerial Powers had 18 points on 6-for-10 shooting against her former team. Without one of their best reserves, the home team got nearly half of their points from a duo off the bench.

“Someone asked me the other day what our bench would be like with Emma (Meesseman) gone – 21 (points) from one, 18 (points) from another,” head coach Mike Thibault said Sunday. “[Hawkins] spaces the floor so if she and Elena (Delle Donne) are in together, both post players that can shoot 3-point shots, so now it opens up the lane. It gives us offensive rebounding angles which Tianna also does well. I mean, her two best strengths right now are shooting threes and getting offensive boards. She has made good use of both of those in the last two games. It spreads the court against teams and makes it hard.”

“We’re just very balanced,” point guard Toliver shared. “Not one person has to have huge numbers every night. That’s a luxury to have. We’re happy that we have different guys coming and contributing every night and you need that to be successful and reach the goals that we have.”

Early in the game, Washington was struggling the most they have this early season on offense. They had just 15 points in the first quarter and were down five after 10 minutes of play. In the blink of an eye, they began draining threes and put up 71 points over the next 30 minutes.

“I think they’re just motivated,” Thibault said about the team avoiding complacency despite the team knowing they have a good chance of returning to the WNBA Finals. “They’re trying to build something special and when you have that feeling every day when your teammates are pushing each other, then you’re not going to be complacent. There’s enough talent on this team that if one person doesn’t want to do it the right way, I’ll just put somebody else in that will. That answers some of it.”

“I think we have an overall understanding. There are certainly things that you have to throw in every once in a while just to have friendly reminders because everyone needs them. But, I think overall, everyone understands we have to take it moment by moment, game by game,” Toliver said about the team knowing not to lose focus. “We have a next play mentality. That’s kind of how we are approaching every single day. You can’t look at the end of the road, while you’re in the middle of the path. You have to take each day as it comes and get better every single day. Just set small goals for yourself and that’s what we’re doing. Keep our eye on the moment.”

A humble Powers was pleasantly surprised that she and Hawkins combined for 39 points in a combined 38 minutes, by simply responding “oh wow” when told the stat. Her view is that the taste of the finals last season is motivation enough to keep them focused during the regular season.

Regardless, the floor general Toliver essentially scoffed at the idea that the Mystics are hitting a stride on this four-game winning streak. There is nothing wrong with craving improvement when things are already going well.

“We need to be better defensively,” the part-time Wizards assistant coach began rattling off. “Offensively we need to have a better flow and rhythm to the game. We have spurts, but overall we can be better putting that all together.”