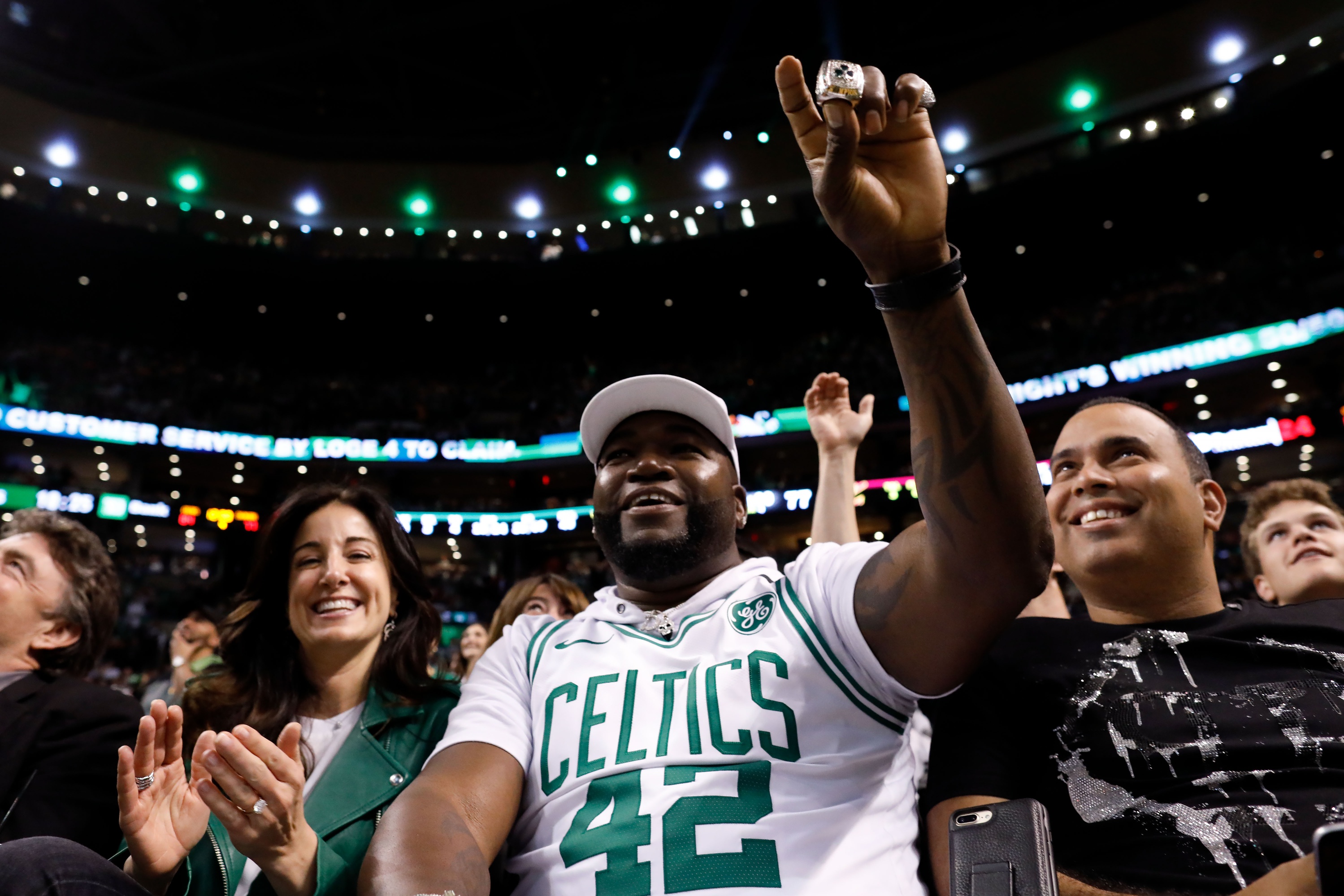 UPDATE: David Ortiz’s father told reporters early Monday that his son was out of danger after being shot in the Dominican Republic. https://t.co/zVVqgewhc6

David Ortiz and Al Horford go way back. Al’s mother is a journalist who covered Papi as he played winter league baseball in the DR. And there’s this great story about Ortiz helping out Al who was having trouble securing a limo for his bride on his wedding day:

Ortiz wasn’t even on the island at this point, but it didn’t matter. He told Horford to send a friend over to Ortiz’s house to pick up his Rolls-Royce Phantom. “I’ll have it there in 30 minutes,” Ortiz said. “I just gotta get it washed.”

Horford was amazed. “He didn’t even know my guy down there,” he laughs. “I sent a friend of mine. And he picks up the Phantom, brings it over to my wife. . . . And you know, that’s a very expensive car. But [Ortiz] tells me to keep it until I leave. So we’re there for a couple more days, and we have the car the whole time. It’s just one of those things, it shows he has a really big heart.”

On page 2, a draft prospect tears his ACL working out for the Celtics.

Matthews, 22, suffered the injury at a workout with the Boston Celtics.

Matthews will have knee surgery in his hometown of Chicago in the near future, Pensack said. A timetable for his return will be established after the surgery.

After a strong showing at the NBA combine in Chicago, Matthews was garnering interest in the second round as one of the top defenders in the 2019 NBA draft class.

He is ranked No. 60 among the top 100 prospects available for this month’s draft, according to ESPN.

Talk about shit luck. I don’t know much about Matthews but I know the Celtics could be in dire need of guards if Terry Rozier bolts and Marcus Smart is shipped to New Orleans.

And finally, the Celtics are not engaged in trade talks for Clint Capela.

The Celtics from what I have heard engaged pretty seriously on Clint Capella… have had some level of talks with Terry Rozier on a new deal. Everything is very fluid at this stage in the draft/trade process. It's finding out what you can do. https://t.co/7kHmEWP6X1

A reminder that Kyler is a phony. Also, there isn’t another soul in the basketball world reporting these talks.