Hyun-Jin Ryu's changeup has turned into a filthy weapon 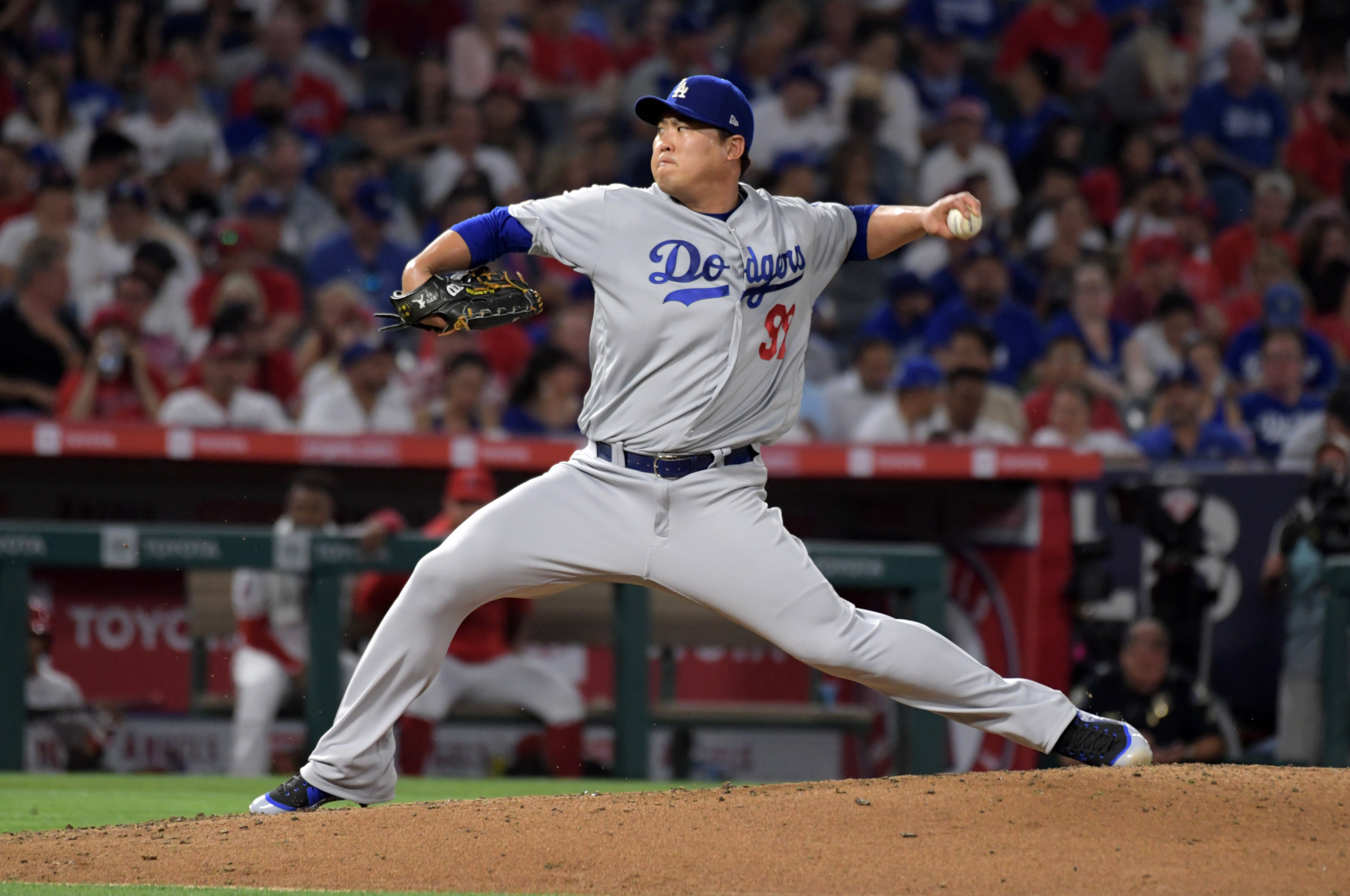 Hyun-Jin Ryu's changeup has turned into a filthy weapon

The left-hander put together his ninth consecutive quality start by allowing just one run on seven hits (one home run), no walks, and six strikeouts. This led to his ninth victory in 13 starts, along with helping his league-leading ERA settle in at 1.36 to go with a 2.7 fWAR in 86 innings.

His past eight starts have especially been dominant, as he’s allowed just one more earned run (four) than walks allowed (three). As you can imagine, that hasn’t happened very often:

Over his last 8 starts including today, the @Dodgers' Hyun-Jin Ryu has allowed a total of 4 ER and 3 BB.

In the live-ball era (since 1920), the only other NL pitcher to allow less than 5 of each over a span of 8 regular-season starts was Greg Maddux from 2000-01.#LABleedsBlue

Another part of Ryu’s game that has progressively gotten better is the effectiveness of his changeup.

One of the Best in Baseball

As a rookie for the Dodgers in 2013, Ryu’s changeup was actually his most effective pitch when using FanGraphs’ pitch value per 100 pitches as the gauge.

The southpaw’s changeup produced a 2.95 value in a debut that spanned 193 innings of work. When looking at qualified starters, it was the third-best changeup in baseball, trailing only Cole Hamels and Justin Masterson.

When looking at this year’s qualified starters, Ryu’s changeup has the fourth-best value in baseball. Only Lucas Giolito (4.22), Sonny Gray (5.00), and Spencer Turnbull (5.18) have a higher changeup value entering Tuesday’s games.

Just Look at These Progressions

I’m a big fan of seeing how things progress over a number of years. Upon seeing how dominant Ryu’s changeup has been, I immediately had to take a peek at whether this was a slow trend since getting back on the mound a couple seasons ago.

Spoiler alert: it has.

Check out how opposing hitters have performed against this pitch since the start of 2017:

It’s not as if this is the only pitch he’s had success with, of course. When looking at offerings he’s tossed at least 130 times in 2019 (four-seamer, changeup, cutter, sinker), the highest opponent wRC+ is 76. But again, it’s not a surprise to see Ryu is leaning on his changeup more than ever right now.

There’s not question that the hurler has been worthy of Cy Young consideration thus far. However, the only question moving forward will be how long he can remain this dominant (or close to it). And if this stretch comes to an end, how much negative regression will hit?

He hasn’t tossed more than 150 innings since 2014. With the way the first-place Dodgers handle their pitchers, though, you better believe they’ll be ensuring he’s as fresh as possible once summer turns into fall.