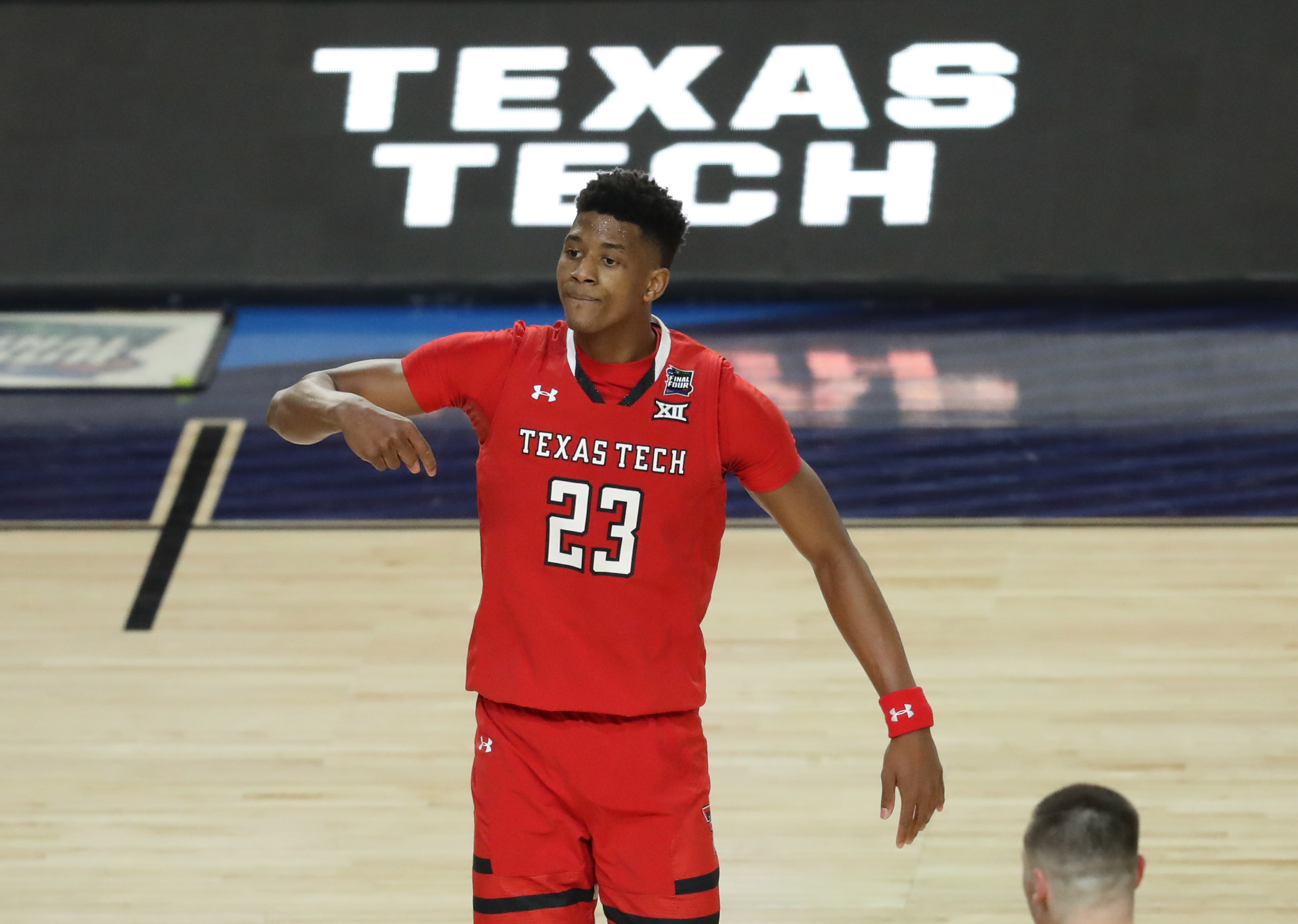 Next up in this series of 2019 NBA Draft Player Profiles is Texas Tech guard, Jarrett Culver. During his two seasons at Texas Tech, Culver went through different stretches of ups and downs, capped off by a second place finish in the 2019 NCAA Men’s Basketball Tournament. As the leader of the Red Raiders this season, Culver averaged 18.5 points, 6.4 rebounds, and 3.7 assists per game. Compared to his freshman year, Culver saw his usage rate jump 10 percentage points from 22.1% to 32.2%. This spike in percentage allowed him to command the offense, but it came with a lower three-point percentage. In his freshman season, Culver shot 38.2% from three. This season, that percentage lowered to just 30.4%. However, with his defensive skills and willingness to fire from deep (29.2% of his shots were from three), Culver has the potential to turn into a versatile player in the NBA.

1. Changes shot motion at the rim

This is a perfect example of what I am talking about when I say Culver can change his shot motion in the air. After attacking a bigger, slower defender off the dribble, Culver rises at the rim and then re-directs his motion under the shot blocker at the rim. While watching film, this was a very common tactic for Culver’s finishes in college, and it should continue to be effective in the NBA.

2. Playmaking ability out of the pick-and-roll

Another great find by Culver out of the pick-and-roll. These are the types of plays that make me think Culver can be a primary ball handler and orchestrate the offense at the next level.

At one end, Culver uses his strength and quick hands to maul the opposing player and take the ball away. Then, at the other end, Culver overpowers the defender with a spin move and finish at the rim.