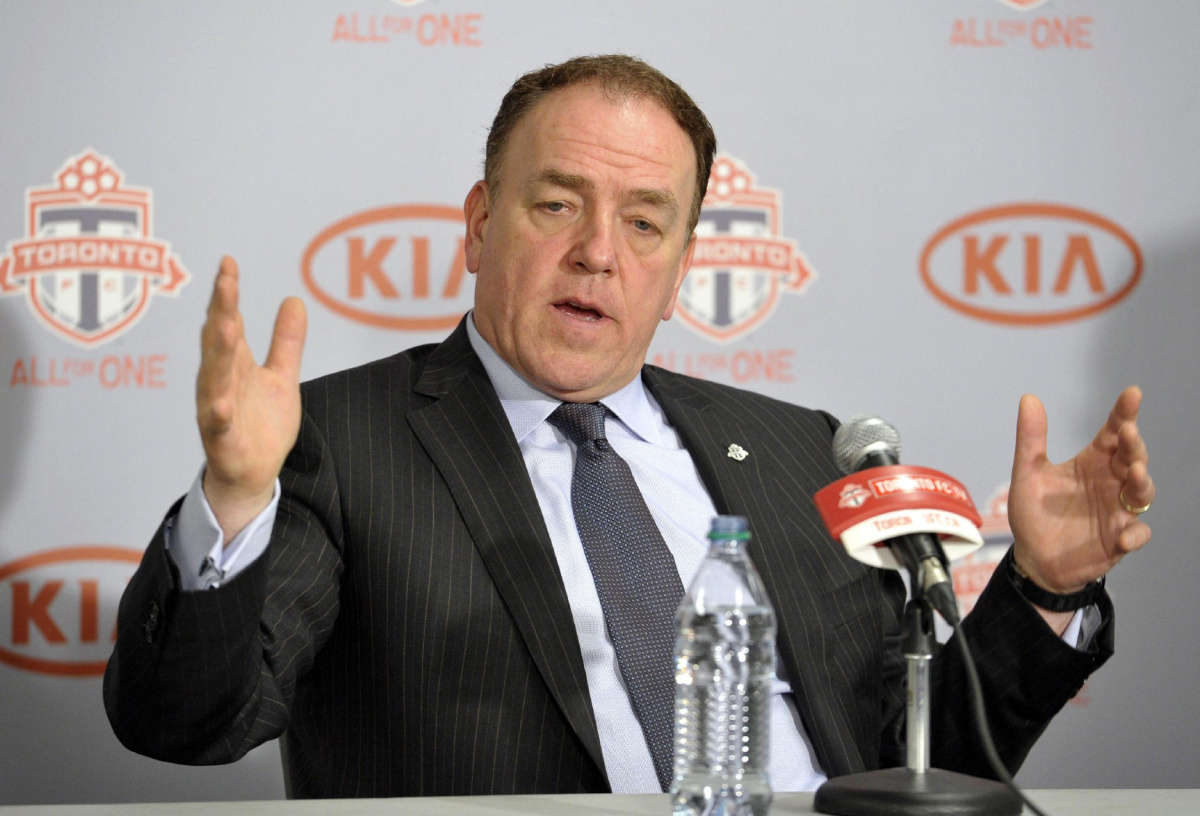 The Edmonton Oilers surprised everyone on Monday morning when they called a 10:30 am press conference out of the blue. The announcement was a major one on the business side of the Oilers Entertainment Group.

Bob Nicholson was shifted out of the business side and into a new role as Chairman, while the club announced the hiring of Tom Anselmi as President, Business Operations and Chief Operating Officer of EOHC and ICE District.

Anselmi previously worked for the Ottawa Senators and MLSE.

In his new role, Nicholson will now “devote his energies” to OEG’s hockey franchise and growing sports business. The club’s press release refers to Nicholson as the “senior leader” of OEG’s sports franchises. Under that umbrella, for now, are the Oilers, Oil Kings and Bakersfield Condors.

Anselmi, in his new role with the club, will report to Katz Group CEO Jurgen Schreiber. He’s being tasked with the day-to-day business operations of Oilers Entertainment Group.

What Does It All Mean?:

It doesn’t look it from afar, but a closer look shows that this was a major shift for the organization. Nicholson was brought on board to handle the business side of things. He’s now being shifted out in favor of Anselmi.

After rumors about six weeks ago connected Nicholson to a job with the IIHF, one has to wonder if this is the start of Nicholson’s exit from Edmonton. After all, Hockey Operations is Ken Holland’s area now.

That was confirmed again on Monday.

Nicholson says Holland has "full authority" with the #Oilers, despite Nicholson's new role. Holland will still report to Nicholson, as will Tim Shipton, Kirt Hill, etc.

With Holland running Hockey Operations, it seems like Nicholson’s new role is that of a figurehead. It would make sense if Katz is starting the transition away form Nicholson.

I certainly got that vibe on Monday. In fact, I’d go as far as to say that Nicholson is entering his final year with the organization.

Anselmi isn’t dumb. He knows the organization needs to build trust with the fans again and that it will take time. It’s also going to take more than just talking a good game. There needs to be action.

Anselmi says they're going to focus on making the playoffs, and they'll build trust with the fan base by "doing what you say you're going to do." Standing by the "winning fixes all" mentality.

Another interesting tidbit? Wayne Gretzky and Kevin Lowe will both remain with OEG, but neither will be involved in Hockey Ops.

Nicholson says Wayne Gretzky and Kevin Lowe will remain in the organization. "They will not be involved in decisions with hockey operations."

A lot of people will roll their eyes because these two will still be collecting paychecks from the club. It’s not my money, so when it doesn’t count against the cap I couldn’t care less who is getting paid what.

I also think having Gretzky involved in the organization is a smart move. He’s the most recognizable face in the sport, and having him on as an ambassador can only help the OEG brand on a global level.

I take the Oilers at their word when they say Gretzky will not be involved in hockey decisions. Why? Quite frankly, I don’t think he has the desire to be involved. Lowe, however, is a different story to me.

Very quickly, Monday became a huge day in Edmonton. With Anselmi now running the business side of the OEG, I’d wager we see changes in the day-to-day business operations of the organization. The gameday experience, which as come under fire from fans, is about to get revamped as well.

Give Daryl Katz credit, he’s stepping up to beef up both the on and off ice products this summer.